How to Fix Spine Roll on Comics - Comic Years

Home » COMICS » How to Fix Spine Roll on Comics

How to Fix Spine Roll on Comics 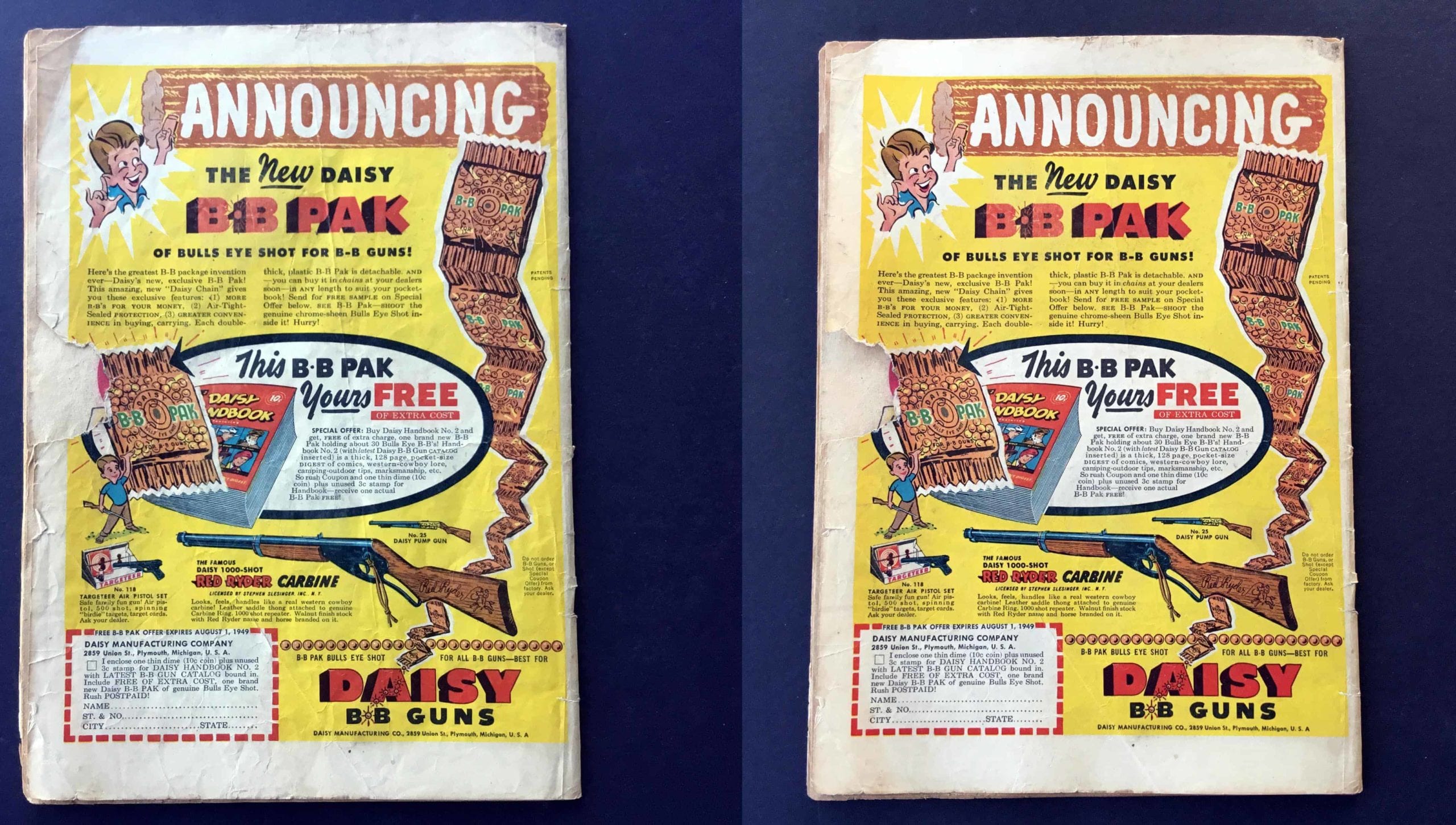 When it comes to collecting and reading comics, taking care of them is fairly easy. A lot of care taking that goes into the hobby comes down to storing comics safely. Then again, accidents do happen. It is unavoidable sometimes, due to human error, to never run into any maintenance issues. For the most part, fixing any issues with a comic book are fairly straightforward. Collectors know too well that one of the most common problems is a comic book spine roll.

We will take a look at the ways in which comic book collectors can avoid this issue through care and storage, then examine why this issue occurs. To equip you with the ability to fix the problem, we will then go through the process of fixing the spine roll, and lastly will make sure to wrap up any tips or tricks to keeping this problem out of your mind as much as possible.

In most cases, comic book damage can be avoided. Of course, it is not worth beating one’s self up about little spills or tears: they happen. Nevertheless, knowing the secret behind proper care of comic books is important for beginning collector’s. Likewise, a refresher for seasoned comic fans is never a bad thing either.

When it comes to handling and reading a comic book, a few easy solutions can help avoid major issues. The first and most easy to accomplish is making sure you only read or handle a comic book with clean hands. Simply taking 30 seconds to wash your hands before reading can save you the stress of a stain or smudge. Not only is food and drink residue present on the hands without our knowledge sometimes, but it can also slip the mind after a meal. Wait to read, and wash your hands first.

Keep Food and Drink Away from Comic Books

While on the topic of food and drink, avoiding either to be present near comic books at any time is a good habit to get into. It only takes 30 days to make a habit permanent, so even if snacking or drinking some coffee while you read is a habit now, it won’t be in a month. Making an effort to kick this habit eliminates two major accidents waiting to happen.

The movies and TV shows like to display kids or adults reading comics with the book folded over for convenience. Bending the comic from cover to cover for one-handed reading is terrible for comic book care. Nobody in any situation should be reading a comic book like that. Two hands, at no more than a 180 degree angle, is crucial to the longevity of the book. This gets into specific care for the spine roll. When bending the book from cover to cover, the spine roll begins to loosen and warp. In many cases, this can cause damage that is difficult or impossible to reverse. Let’s take a look at more spine roll concerns when it comes to comic book care.

A lot of comic fans who maybe take their books on the go will use items to bind them into more compact shapes. If this occurs, it could seriously damage the spine roll. A common item that gets used is a rubber band. The rubber band rolls the comic together into a cylinder, making it pocket friendly, and easier to store in certain areas. While, yes, it does make it easier to carry than normal, it can cause serious damage to a comic’s spine.

It’s clear to see from the many issues above how spine roll damage can occur, and just how easily it can happen. Overall, it is important to understand the spine roll and its configuration to know how to care for it.

Spine roll is an ever present problem for comic collectors. When a comic book is stored improperly, the cover begins to fall out of line. When the cover is visibly uneven to the back cover of a comic, that is considered a spine roll. The damage can be slight; only 1/4 of an inch can qualify as what most would consider to be a spine roll.

When Does This Occur Most Often

Spine roll most often occurs from pressure. Of course, binding a comic book with a rubber band or other item is damaging. Many think that storing comics for a move or to keep them out of the way means stacking them into a box. In fact, this is one of the most likely ways to cause spine rolling. When boxing comics together, a stack of them can start to really add weight to the lower books in the pile. If the pile is not completely even and balanced, spine rolling can start to happen. Even if you are careful, it can be hard to avoid.

A spine roll also occurs when reading. If the front cover or back cover are pulled too much during reading, warping can start to occur. If the binding is pulled too far in one direction, the covers can start to bend and fold into themselves, causing a little bump in the surface. That bump, even when corrected, can stay uneven. To avoid this, make sure to only read at 180 degree angles or less, as listed and detailed above.

How to Fix Spine Roll

The most popular method for fixing a spine roll is to press the comic with a tool meant for that very action. By doing so, the spine is often able to return to its original crease, avoiding damage or value depreciation. While some collectors look down on pressing comics, the method is often the best way to battle a spine roll or other forms of damage to a comic.

Preparing to Press the Problem Away

Placing the comic book between two pieces of thick paper provides the comic with protection from the press. By doing so, you are making sure that the comic is not coming into contact directly with the press. Some presses are heated, which could cause damage to the comic. Make sure the pieces of thick paper, often a cardboard, are white. This allows the comic to come in contact with the paper and not run the risk of colors bleeding. Likewise, ink should not run onto the paper.

Pressing the Comic for Spine Roll

Most comics are under 30 pages and often made with a thin paper. Because of this, excessive pressing could cause real harm to the comic. Even if the spine roll is severe, the pressure of the press must not be too hard. If pressed roughly, the comic may be worse than when you started. By applying a press to the comic, the spine roll is being returned to its natural position.

The press can hold down on the comic for a few minutes before causing any cosmetic changes to the book. The spine, after four to five minutes under a press, and protected with cardboard, should return to its natural state.

Does Pressing a Comic Book with Spine Roll Work?

For some comics, spine rolls are much easier to fix with a press. Higher quality paper is much more likely to respond positively to the process. Thin, cheaper comics are more likely to experience further damage. As cool as some older comics are, the material with which they were made is not always easy to work with. Especially if the covers have worn terribly over the years, a press could easily cause damage to older, worse for wear comics.

Likewise, a comic that is newer and published relatively recently is more likely to be able to handle the process. If a comic looks to be in good shape, even if it is from the 70s or 80s, it could likely hold up the process of fixing the spine roll. As long as the pressure is not excessive, it will be fine with cautious care.

There are professional card shops and comic stores that will have a high quality press in house. They may be able to do the job better than a novice who does not feel confident in their work. Consider going to a professional if the job seems tough. It is also worth going to a pro if you just do not feel like you can do a good job. Even simple spine rolls require caution and care. If it feels like a job you cannot handle, a pro might be the way to go.

A comic book spine roll is not the end of the world. They are not simple fixes in some cases, but they can be performed if time and attention is given to them. If a comic book is looking rough at its spine, performing this fix could get it looking good as new! And if you want to keep your comics looking fresh, check out our post on how to get fingerprints off comic books!