House of X #2: Hickman Explores the Many | Comic Years

Home » COMICS » House of X #2: Hickman Explores the Many (SPOILER) of (SPOILER)

House of X #2: Hickman Explores the Many (SPOILER) of (SPOILER)

So, there’s no way to review Hickman and Larraz’s House of X #2 without spoiling it. It’s a brilliant comic that works as a one-shot and that builds on what happened in House of X and Powers of X so far. But from page one, it dramatically changes one of the most important characters in X-Men history. So, you have been warned thrice now. And here’s number four:

The Lives and Times of Moira X

Moira MacTaggert is a mutant, and her power kind of sucks—for her. Every time she dies, her life restarts—she’s born again and lives life again, her memories intact from the life before. In this way, she can see the future—but only if she doesn’t interfere. However, she can also try new approaches—and she tries many. She tries going with Xavier’s dream, Magneto’s dream, even Apocalypse’s dream. She tries to protect mutantkind by killing off everyone involved in the sentinel program, and she tries to end mutantkind by developing a cure for the “disease.”

And she dies. And dies and dies and dies. And every time she’s reborn, she tries a new way to help mutants. And each time, she fails. It all ends the same—giant killer robots or wars or worse. What gives her some direction, however, was her encounter with Destiny, the mutant precog. Moira “cured” mutants—but Destiny knows that humans will force this cure, so Mystique and her team go to kill the researchers. Destiny gives her an ultimatum—in her next lives, she needs to help mutants, or she will find her and kill her in painful ways every single time. Everything in House of X #2 after this shows Moira’s many attempts to make the world a better place for her people.

Pepe Larraz’s Art Is Perfect for House of X #2

Matching art to character might seem easy, but it’s something a lot more subtle than just “looking good.” For instance, for Kelly Sue DeConnick’s first Captain Marvel arc, Dexter Soy was the artist. Soy is a great artist. DeConnick is a great writer. They weren’t great for each other, not for that story. So far, in House of X #1 and #2, Hickman and Larraz don’t have this problem In fact, the style in House of X #2 is slightly different from the previous issue while also feeling natural to Powers of X #1. I was excited about this event just for Hickman’s crazy ideas, but the artists are making me even more anxious for the next installments. 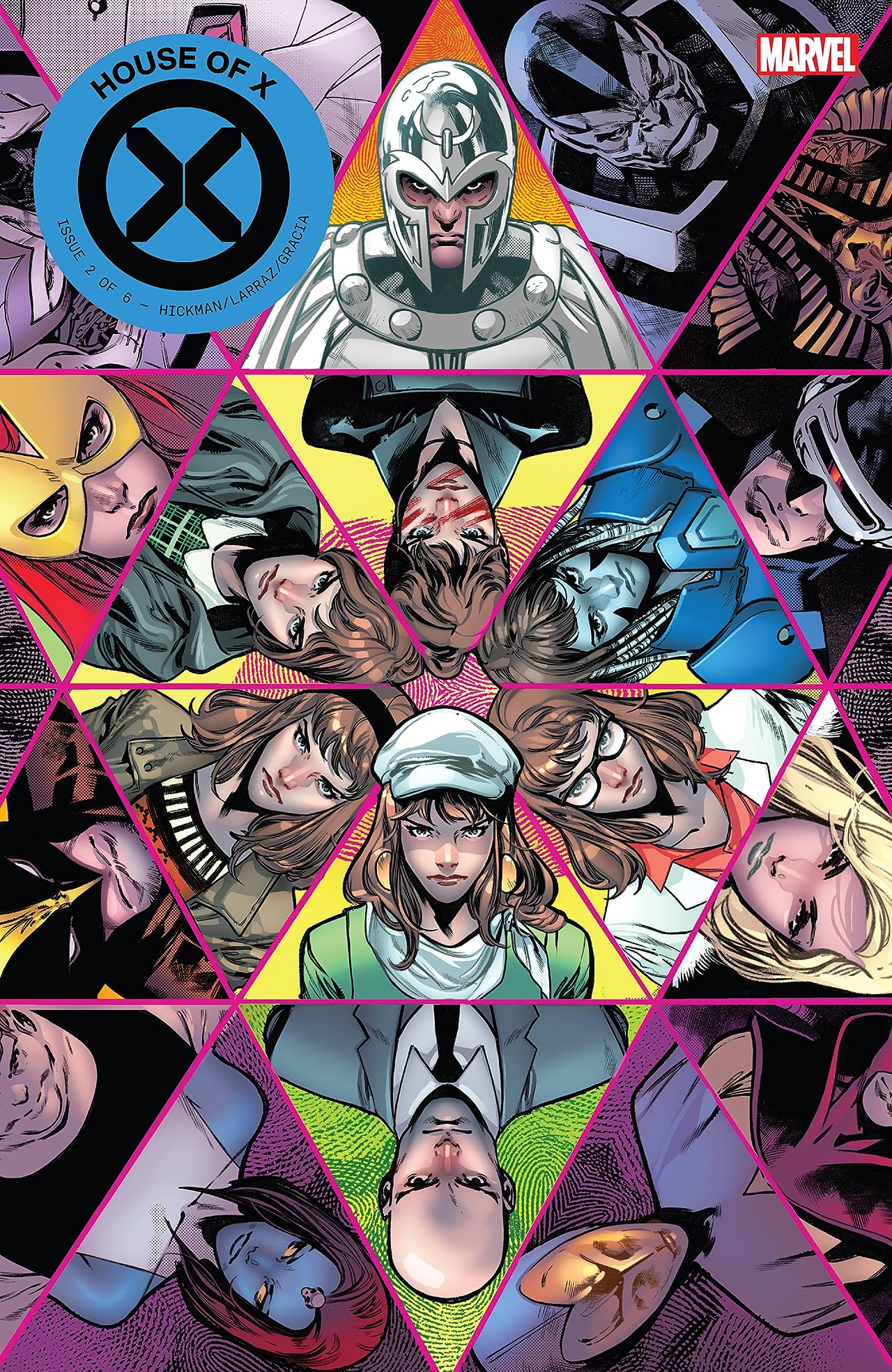 Even the cover perfectly describes this issue (Marvel Comics)

Two Series That Are One

In last week’s Powers of X #1, we saw what happened to Mystique and Toad after the Fantastic Four captured Sabretooth. It was a smooth flow. In House of X #1, The two jump through a portal, and in Powers of X #1, they arrive on the other side. House of X #2 does something a little similar. In Powers of X #1, we start with this nice little scene of Xavier at a carnival, and Moira MacTaggert finds him. He hasn’t met her yet, but he reads her mind and realizes who she is. House of X #2 ends where Powers of X #1 begins, with just two pages of overlap. But now we know how Moira got to that moment.

The two series truly interlock, and just in these first three issues, each installment enhances the one before it. It makes you want to go back and start at the beginning each time.

Next week we get Powers of X #3…what craziness does Hickman and R.B. Silva have in store for us?

Disney+ Is Rebooting Flight of the Navigator

Aunt May And Doctor Octopus Getting Back Together In Amazing Spider-Man Beyond? Huh?

The Spy Humongous Is A Return To Form For Star Trek: Lower Decks