Gotham Future State Week One Stories are impressive and ambitious. 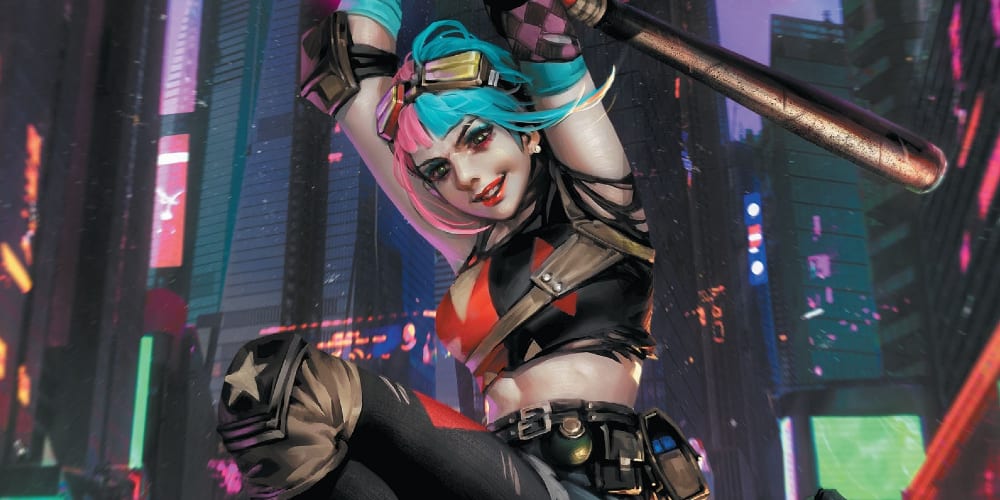 For the next two months, every DC Comic series (in their central universe) is on hiatus as the company dives into their post-Dark Nights: Death Metal event DC Future State. And the launch is massive. Aside from the comics leading up to DC Future State, there were six installments. And two of those installments were mega-sized, featuring three stories each. So, in total, we have ten DC Future State stories in Week One alone, but for now, we’re going to focus on Gotham. So, let’s dive in.

The Next Batman. Where Else Would We Start for the Gotham Future State Week One Stories? 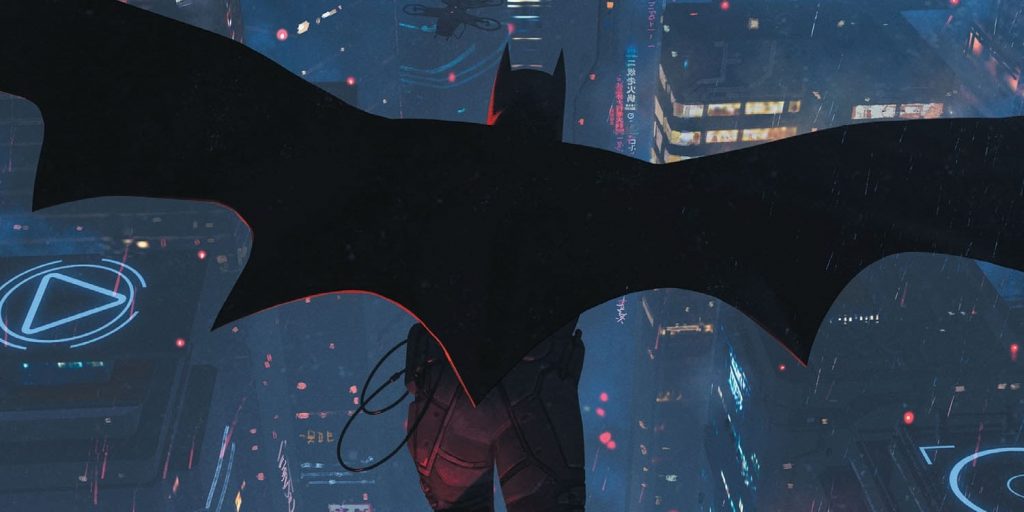 In the future, all Gotham landscapes look like PlayStation2 buttons. (Image: Future State: The Next Batman #1, DC Comics)

There are a lot of DC Future State Gotham stories, not just in Week One but through the next eight weeks or so. But the one DC has featured the most is The Next Batman #1. The main story features the first-ever Black Batman. But the other stories here stand out, too, from the new Outsiders concept to the brilliant new team, Arkham Knights. So, strap on a mask and get out of the street because we’re about to take on the Magistrate.

(First, if that’s your real name, Tamra Bonvillain, it is the best artist name ever. It’s like that senator whose last name is Whitehouse—I don’t know anything about him, but that’s just kind of an awesome name to have in politics. Bonvillain? In comics? More awesome. And unlike old white male politician #8943-Whitehouse, I at least know you’re a fantastic color artist,)

Okay, back to Batman 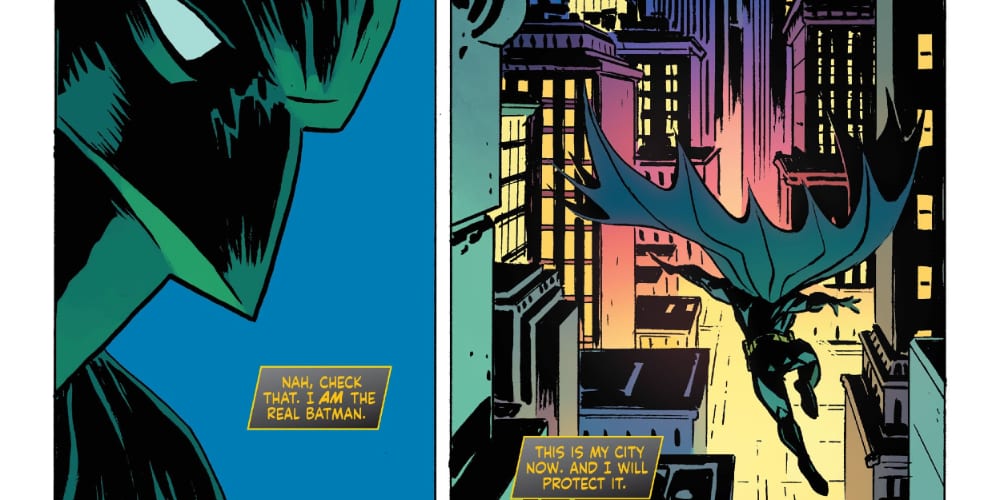 Would the real Bat Shady please stand up? (Image: Future State: The Next Batman #1, DC Comics)

This is the best place to start, not just because it’s the book DC advertised the most, but because it’s one of the better comics in DC Future State Week One, Gotham or otherwise. John Ridley succeeds very well in two ways. One, he makes the Next Batman a worthy successor to Bruce Wayne, and two—more importantly—the title sets the tone of Gotham in Future State perfectly. In fact, it kind of sets the tone for this entire event. That tone is that something is off, but it feels natural to the arch of DC Comics. This doesn’t feel like an Elseworlds story, but one that could happen in our Gotham. That’s because the Magistrate doesn’t feel like a dystopian plot twist, but something the city would actually go through. Hell, at one point, the US government cut them off from the rest of the country (No Man’s Land).

There is one aspect that didn’t work has nothing to do with Ridley, Derington, or Bonvillain. Ridley sets up the relationship between the Fox family members very carefully, with Luke (formerly Batwing) trying to keep the family together after Bruce Wayne’s fall. His sister is in the hospital, his mother is obsessed with stopping the capes, and his brother, Tim, is a bit useless. We’re led to believe that Luke is the Next Batman—but he’s not. DC already announced that it is Tim. So whatever twist Ridley had in mind, it’s already spoiled. Still, though, it was a fantastic story. 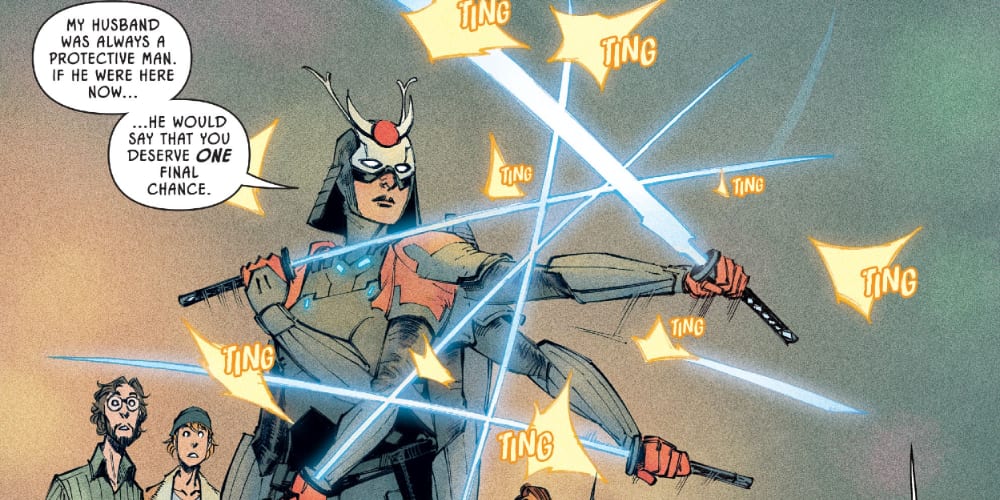 While the Magistrate controls everything inside Gotham, there’s still a world outside of the city limits—and it’s here that we get the newest interpretation of the “Outsider” team name. They are literally on the outside. This is a story of the team coming together. We have Signal Truing smuggle people out, Katana—decked out in a samurai mech suit—fighting the Magistrate, and Black Lightning, who is now a completely elemental character.

Thomas takes what Ridley started and builds on it. We see how the threat of the Magistrate extends beyond Gotham—and how far they’re willing to go, which is “let Katana kick our asses.” They have a jurisdiction that some Magistrate agents take seriously, unless a big target—like the Signal—is on the other side of the border. It’s also our first glimpse of the new Gotham from a perspective other than the Next Batman’s. However, while we’re left with a major mystery about what happened to Black Lightning, the next story gets into the Magistrate’s reign in a way none of the other Future State Week One Gotham stories do. 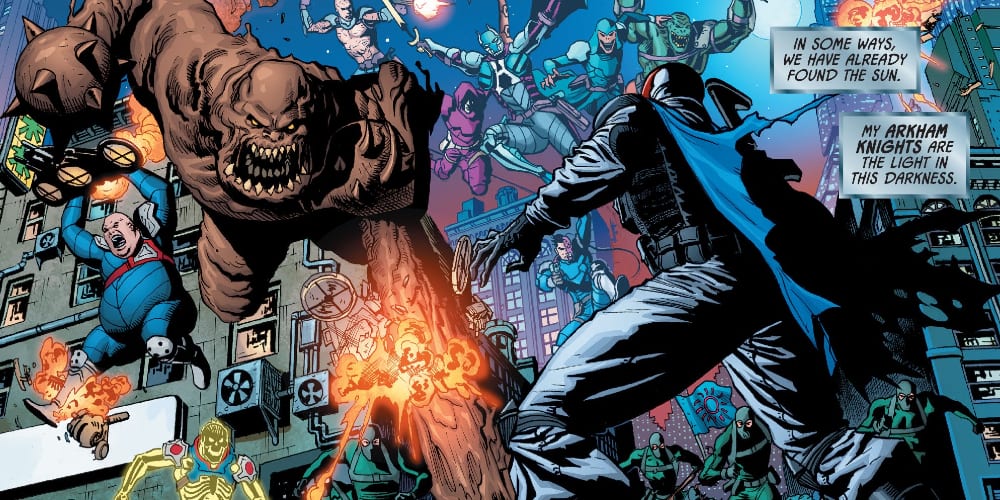 The last segment of The Next Batman is my personal favorite of the Future State Week One Gotham stories, even if, admittedly, it isn’t the best written of them. Who are the Arkham Knights? Nearly every villain in Batman’s rogue’s gallery. Under Astrid Arkham’s leadership, the former villains aren’t merely another Suicide Squad—villains reluctantly serving as heroes. These villains are, as much as they can be in this new world, reformed. They still have villainous tendencies, but Astrid channels that in a way to make them heroes…and take down the Magistrate at the same time.

With the help of her righthand man, Harvey “Two-Face” Dent, Arkham leads her Knights like a Seals Team Six unit. But more importantly, her methods work. Some of these villains have already played hero a few times, like Killer Croc and Clayface. But she also has Victor Zsasz, Doctor Phosphorous, Psycho-Pirate, and even Humpty Dumpty! As a special agent! Out of all of the stories here, I’m looking forward to the next chapter of Arkham Knights the most. 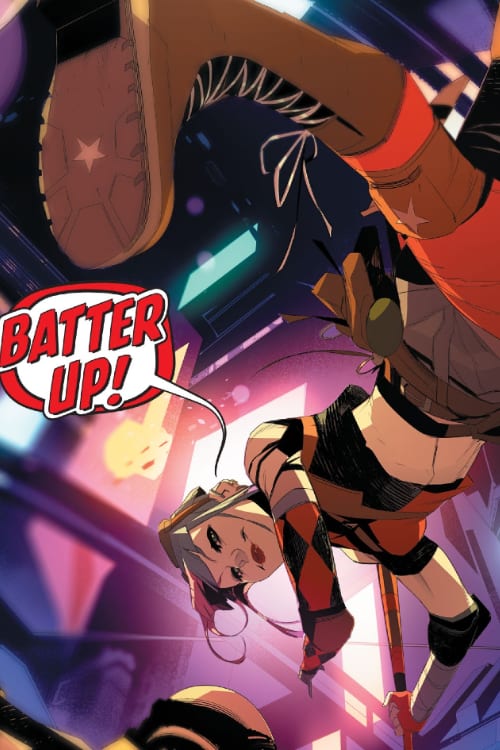 This is the face of one of the smartest superhero characters. (Image: Future State: Harley Quinn #1, DC Comics)

(I see you have returned, Miss Bonvillain.)

The Best Art of the Future State Week One Gotham Stories

Sure, they could have just combined this into a shorter story at the end of The Next Batman #1—that was an anthology anyway. But Harley Quinn is done sharing the spotlight, and her first issue during the Gotham Week One Future State proves why people love her so much. First, though, let’s talk about the art. While Ridley’s writing in The Next Batman set the tone for the future, Simone DiMeo’s art feels like the future. Considering that Bonvillain colored both stories is pretty impressive, too, since even the color style is every different. So, maybe that is why Future State: Harley Quinn #1 feels right at home with the other Gotham stories, and why, even with the rest of the Week One Future State comics, it stands out the most. The art is stunning.

One Key Lesson from Future State Gotham Week One: Do Not Underestimate Daddy’s Little Monster 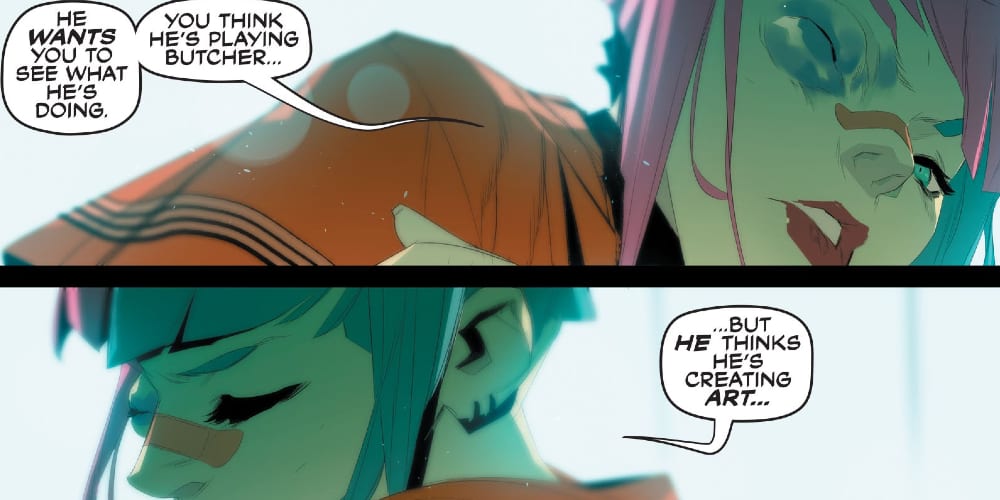 And then we have Stephanie Phillips’s writing, which is also outstanding. Most of the issue is a back and forth between Harley and Jonathan Crane, formerly Scarecrow, and now working for the Magistrate. Crane makes a very common mistake: he sees Harley, her skimpy outfits, her jokes, her makeup, her silly hammer, and assumes she’s dumb. Harley Quinn isn’t just not dumb, she’s one of the DC Universe’s best minds. Crane wants her to psychoanalyze criminals to help him capture them. She does this easily with the first two targets, Professor Pyg and Firefly.

What Crane really wants is Black Mask, who keeps eluding him. He thinks that Harley is his secret weapon. But Harley is a master manipulator, and if Crane believes that he’s controlling her, his world will come crashing down very soon.

There’s still a lot more to cover for Future State Week One, outside of the Gotham landscape, but this side of the event is off to a good start. Can the same be said for the rest? Well… we’ll see.