Donny Cates Thor #1 Brings the Thunder God Back to the Cosmos. 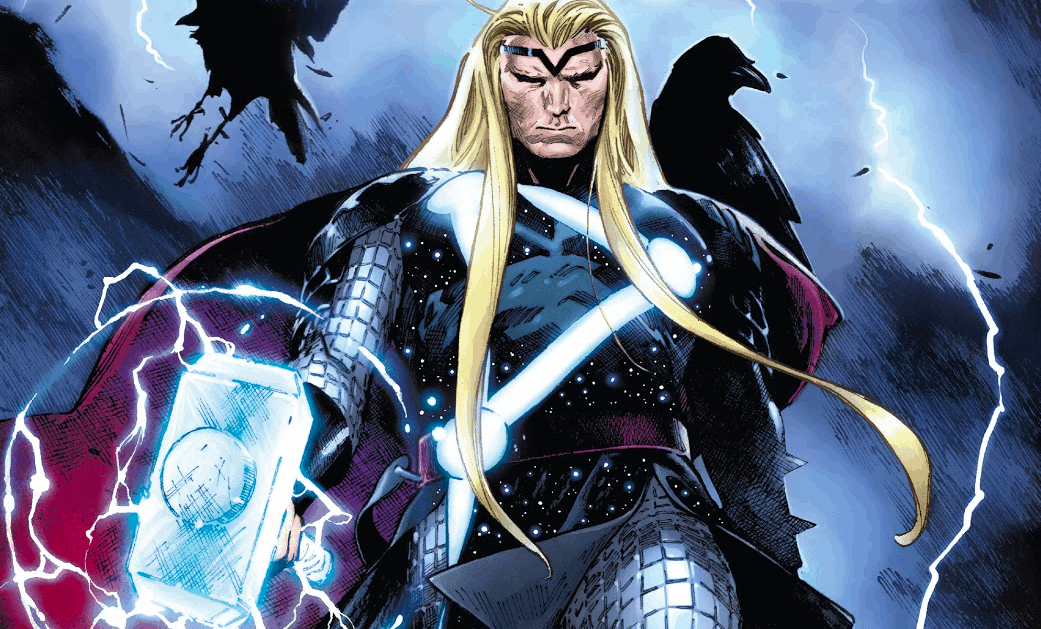 Since November 2012, Jason Aaron was shaping the world of Thor. He introduced Jane Foster as Thor, and gave us a few significant events, ending with War of the Realms. One of the outcomes of that event was that Thor became the Allfather, replacing Odin as the King of Asgard. Now, seven years and two months after Thor: God of Thunder #1 debuted, Aaron is passing the hammer to the next writer: one of Marvel’s current superstars, Donny Cates. Cates, meanwhile, just wrapped up his own big event: Absolute Carnage, making Thor a change in pace for him too. So, how was it? 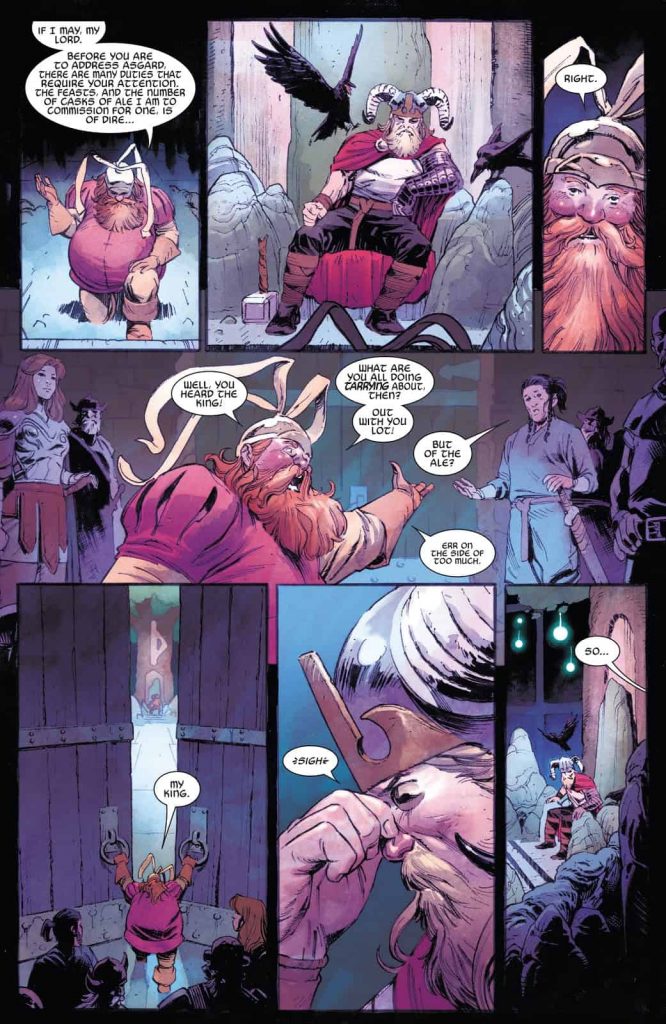 Thor is King! Yay. While most of the realms are happy for their new king, Thor sulks. His new position is tedious, shown brilliantly when Volstagg brings him a crucial decision: how much food and ale do they order for an upcoming festival? All Thor wants to do is fight side-by-side with his fellow Avengers, going so far as to hurl Mioljnir across the ten realms just to hit a monster attacking Times Square in the face. Thor has often sunk into gloominess, especially when he has nothing to punch. Now people are supposed to do his punching for him, and he’s sinking into depression again. Something big has to happen for him to avoid the traps of this illness. What could that be?

Something Really Big Happens in Thor #1

We’re getting into spoiler territory here, so read at your own risk. Right before Thor gives a speech to the people of Asgard, someone crashes the party. Literally. And that someone? Galactus. 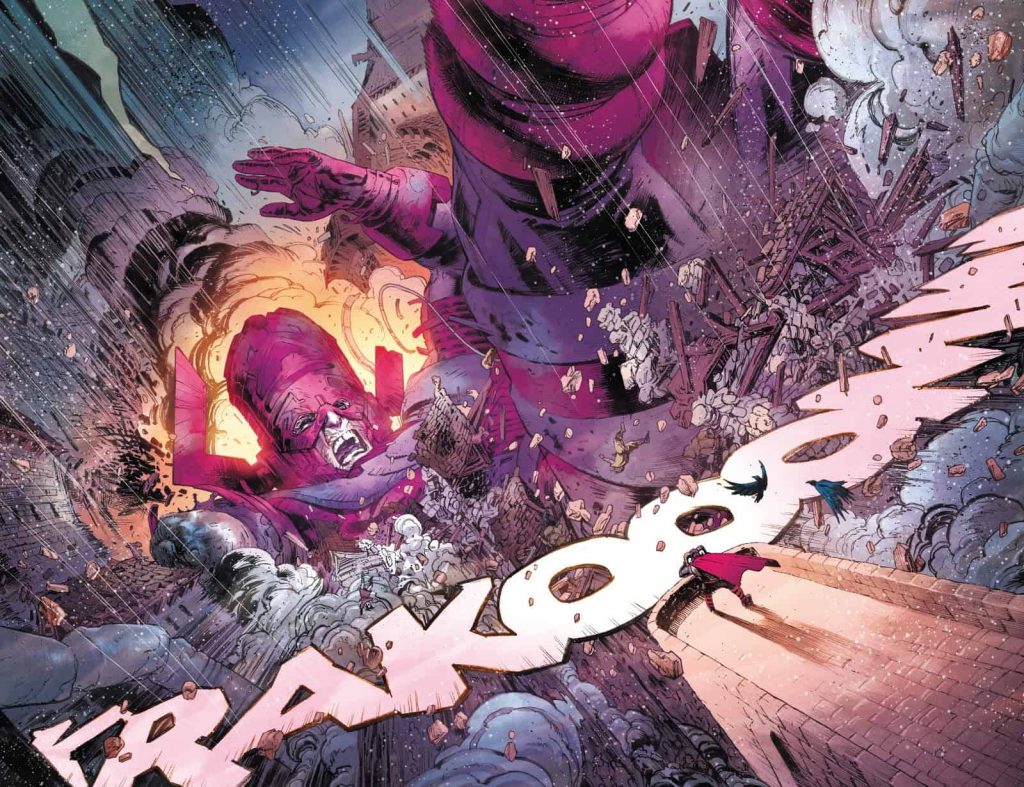 He slams right into the crowd, killing a few scores of Asgardians as he does. And Galactus has seen better days. He has frostbite all over him, he’s beaten to hell, and he’s missing an arm. How does something with the power of Galactus get a limb ripped off? He gives an ominous warning before passing out: The Star Plague is coming, and with it, the Black Winter. That’s a lot of terrible sounding things coming out of the mouth of a dude who eats planets. Cates sets up an epic conflict in Thor #1 that is entirely different and yet reminiscent of Aaron’s God of Thunder #1. So, what is the Star Plague?

The Star Plague and Black Winter Are Bad News for Reality 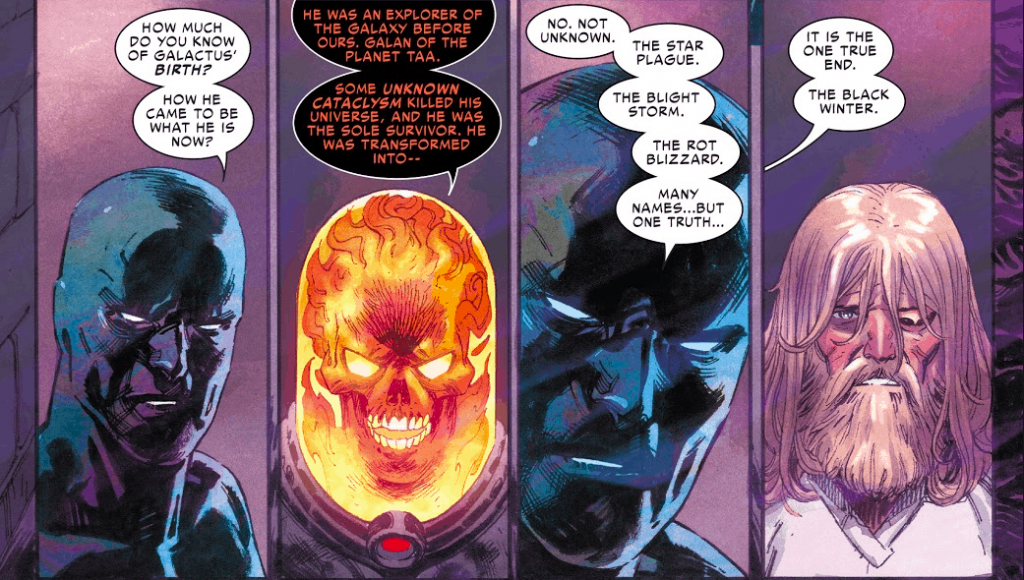 As the not-so-Silver Surfer explains to Cosmic Ghost Rider and the rest of the Heralds and Thor, the Star Plague destroyed the previous universe, where Galactus came from. And nothing can stop it…well, except for Galactus, if he consumes five specific planets and makes himself more powerful. Thor, seeing no other option, declares that he will help Galactus stop the Black Winter. Really, though, he seems a bit relieved that he has to do anything. However, the Star Plague is a bit metaphysical. It takes the shape of what will destroy you. Galactus explains that since the end was unimaginable to him in the previous universe, all he saw was darkness. This time he knows a universe ending looks like, and the Black Winter takes a different shape: Thor. Galactus and Thor need to team up to stop the Star Plague which could very well be Thor in some form…that’s a Donny Cates story.

So, Galactus, the most powerful being in the universe, is going to become more powerful. But he’s not the only one. Thor, already given more power since he is now the Allfather, gets even more. Galactus makes him: 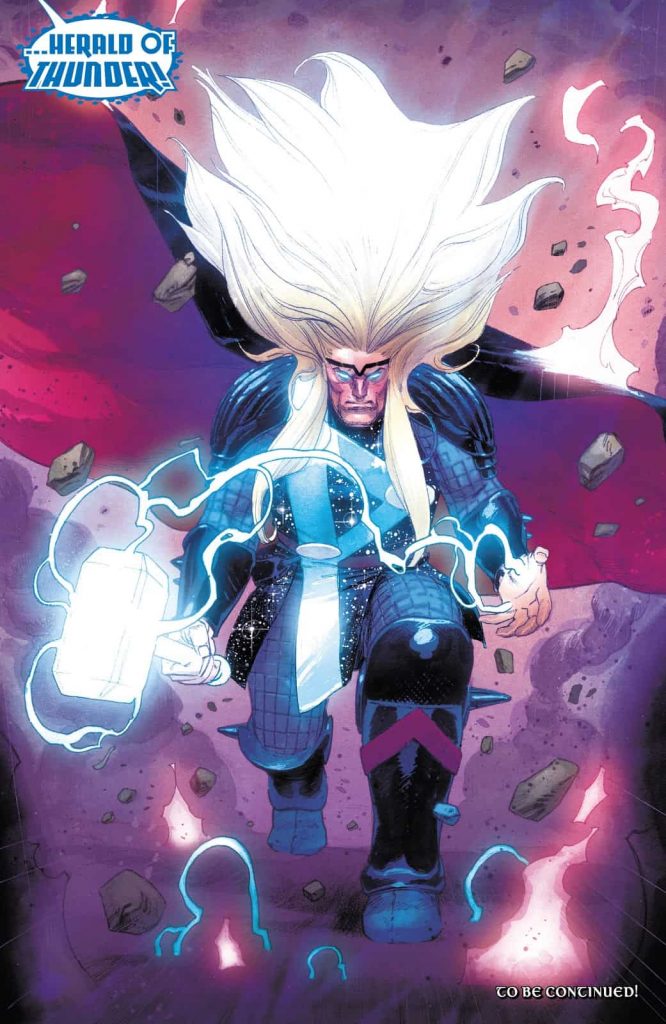 Yeah, Cates ends Thor #1 with a bag, but Nic Klein’s pencils and Matthew Wilson’s colors make the impact that much better. Their art throughout is excellent. It has an old medieval feeling to it, like looking at comics on parchments from dark ages. This makes their big epic scenes feel like pure mythology. It’ll be great when they get to space. 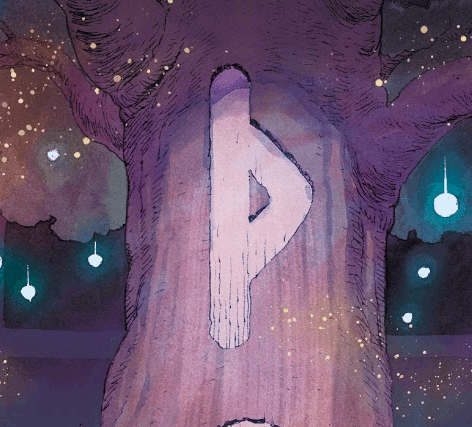 Any chance we’ll see Galactus in Taika Waititi’s Thor: Love and Thunder? He’s the only one I trust with the Devourer.