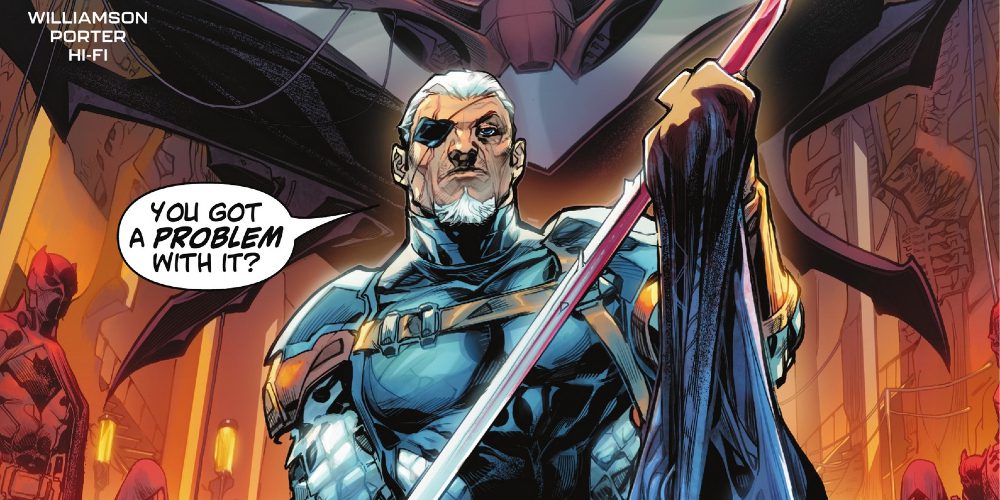 Deathstroke is one of DC Comics’ most popular characters. Though he came before Deadpool (who was, in part, a parody of Deathstroke), it is best to think of him as Deadpool without the humor. He’s an angry, violent, stoic, anti-hero. Or hero. Or villain. Even Slade Wilson doesn’t know what he is. Sure, he once tried to kill teenagers while having a sexual relationship with a minor. Hard to turn hero after that, right? Yet this same guy made the painful choice to kill his only, beloved, kind-hearted son to save the world. A violent father sacrificing a peaceful son to save everyone? Not many stories hit biblical symbolism so thoroughly. Old Testament God comparisons notwithstanding, it’s this dynamic that drives Deathstroke Inc #1. Slade wants to figure out: is he a hero or a villain? 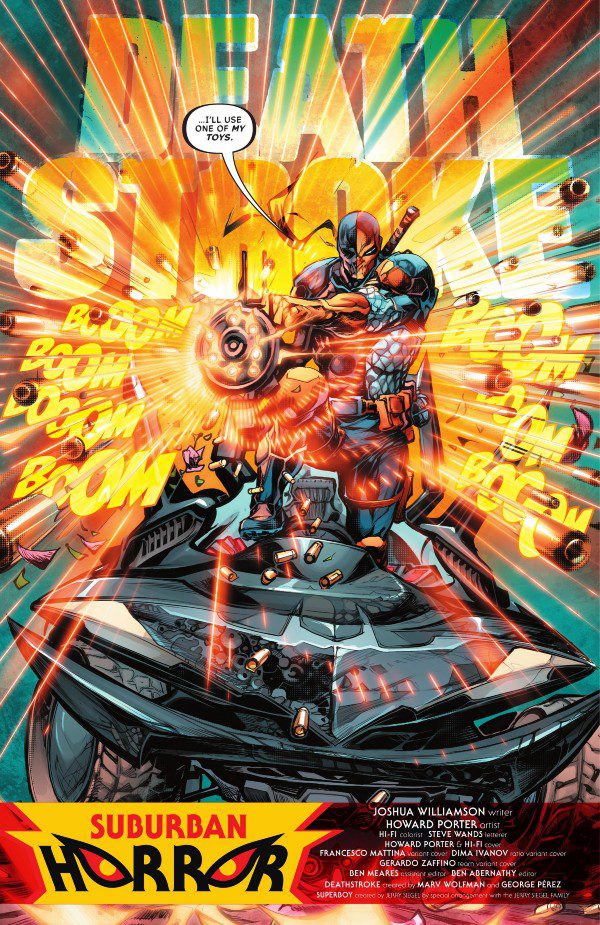 Somehow, Joshua Williamson strikes a balance between nothing happening and a lot happening. At first glance, it’s an all-action comic light on the plot. But with just a few panels and conversations, the comic bounces to a character deconstruction. What’s even more interesting is that it’s the character doing the deconstruction. In Deathstroke Inc #1, Slade Wilson takes a job with TRUST, a SHIELD-esque agency that is definitely doing something evil. Slade claims that he’s doing it for the money, but Black Canary calls him out. His reaction? 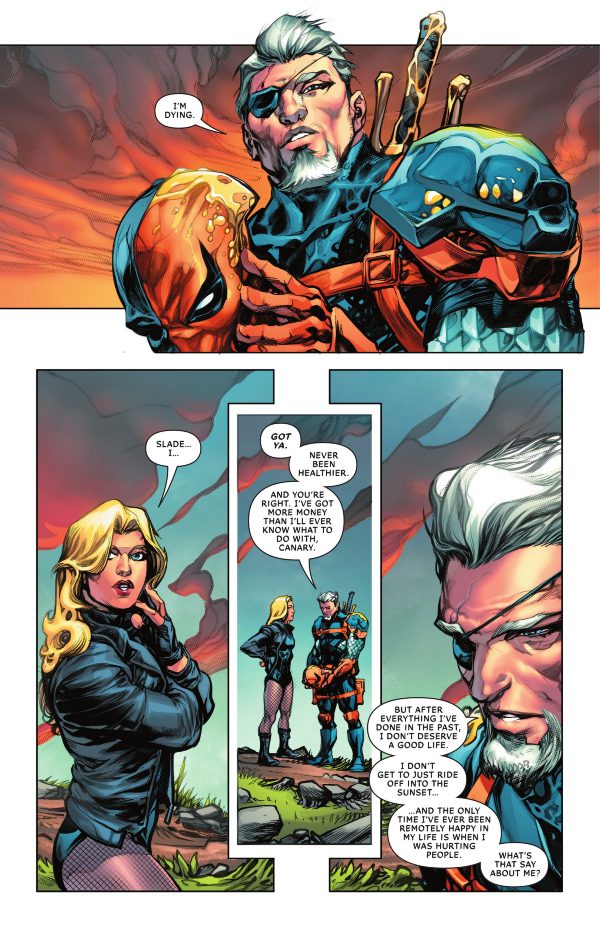 Though he’s joking about dying, the actual reason is somehow more depressing. He follows this with his moral dilemma. Good guy or bad guy? He joined TRUST to try being the good guy. But when he finds out what they’re up to, he’s going to be a very angry good guy. In fact, isn’t this moral dilemma already a heroic quality. A villain wouldn’t think so introspectively about their evilness. Is Slade a heroic villain? That’s what will make Williamson’s Deathstroke Inc so engaging beyond issue #1 – seeing Slade struggle with this duality. And damn, it would have been great to see Joe Manganiello in a Deathstroke movie exploring this dynamic.

The Art Makes the First Issue a Perfect Comic 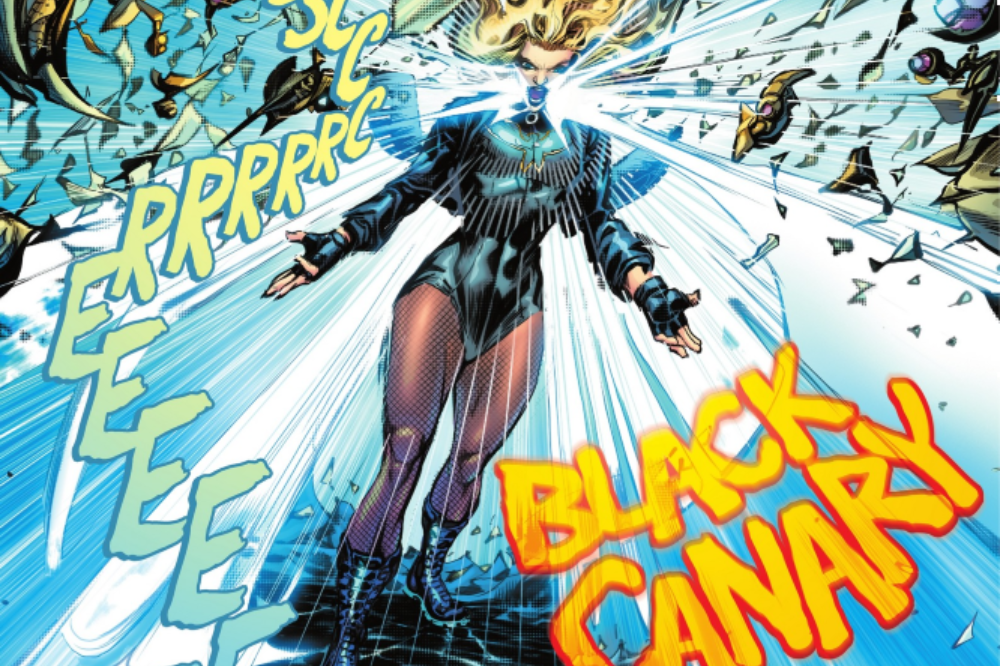 Good writing is one thing. Good art is another. But when the art makes you feel like you’re watching a movie rather than looking at still images? That’s incredible, and it needs an engaging story to work. Thankfully, Williamson’s script allows for artist Howard Porter and colorist Hi-Fi to do some crazy shit. Like a tidal wave of evil bee honey. The action in Deathstroke #1 is big and dynamic. It’s everything we want and love about superhero comics, especially ones with characters like Slade Wilson.

This is a really promising series. And that’s not just based on the first issue, but the preview of what’s to come. 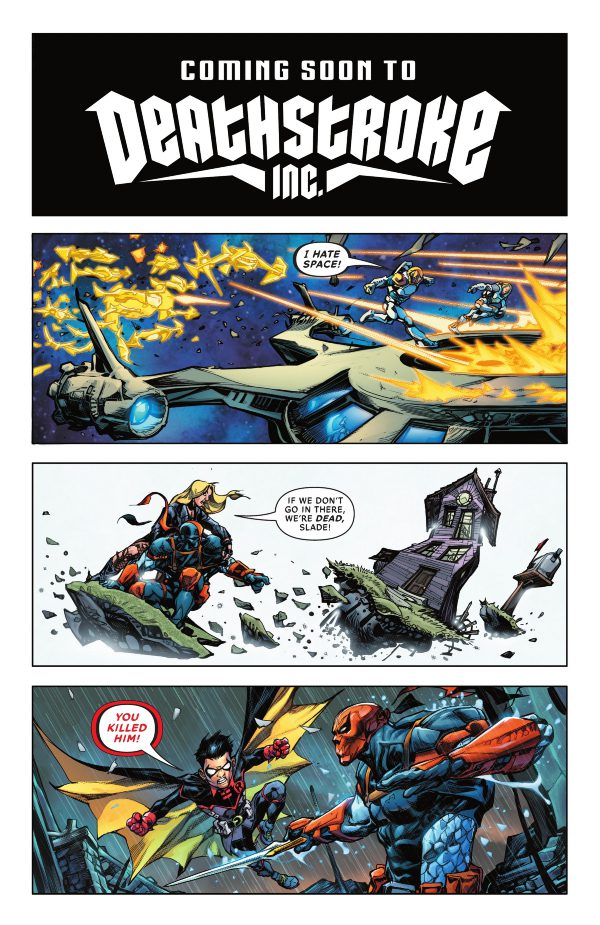 Which storyline looks the most promising? Slade in Space? Slade vs Robin? Or Slade and the Crooked House?