Death Of The Justice League Kicks Off DC’s Next Event

Home » COMICS » Death Of The Justice League Kicks Off DC’s Next Event – But Why Does It Feel So Familiar? 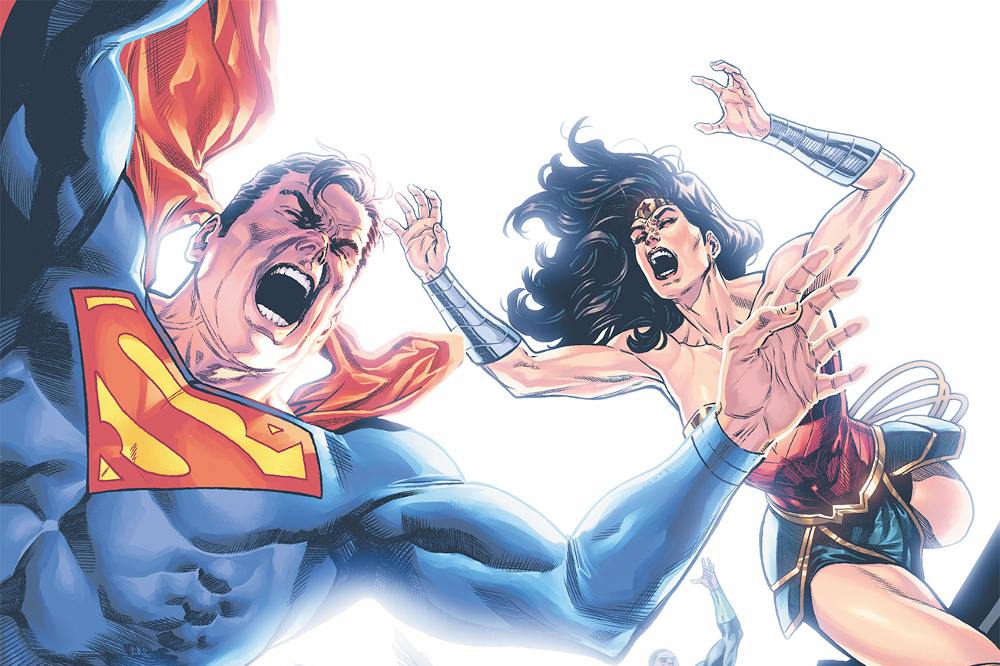 This April, in Justice League #75, writer Joshua Williamson, along with artists Daniel Sampere and Alejandro Sanchez, is going to begin a major event – Death of the Justice League. As Williamson said in an interview with Entertainment Weekly, they’ve been building to this story ever since Infinite Frontier #0. He also indicates that since Future State ended, they’ve been having a lot of fun, but, “We’re going to see things get darkest before the dawn.” But, of course, death is more of an inconvenience in superhero comics. Like Captain America says in Age of Ultron, “If you get hurt, hurt them back. If you get killed, walk it off.” So, which members of the Justice League will have to “walk it off?” Nearly all of them.

Which Fan Favorite Powerhouses Will Die in Death of the Justice League? 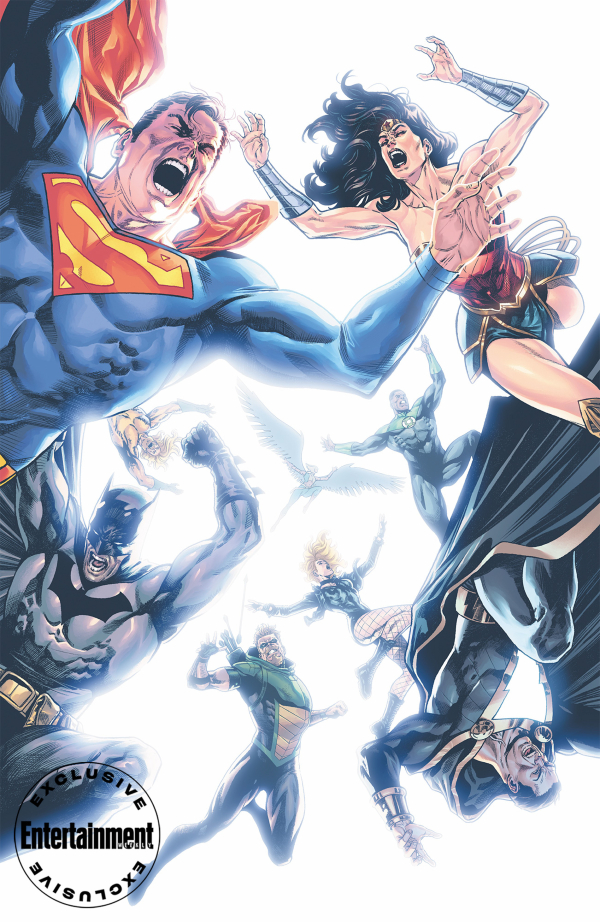 There are currently ten members of the Justice League. First, you have some classic members: Batman, Wonder Woman, Aquaman, Green Arrow, and a Green Lantern (John Stewart in this case). Then you have some recurring members: Black Canary, Black Adam, and Hawkgirl. And finally, some new faces: Naomi and Hippolyta. However, that lineup is going to change for Justice League #75. As EW describes:

“Superman, Batman, Wonder Woman, Green Lantern (John Stewart), Martian Manhunter, Hawkgirl, Aquaman, Green Arrow, Black Canary, and Zatanna will embark on this mission — and only one will return to tell the rest of the universe what has happened.”

Interestingly, though, the main cover of Death of the Justice League still features Black Adam. What role might he play in the event? Or is he going to die too? We’ll have to wait to find out. But Williamson wants to make it clear that Justice League #75 will be a gamechanger for the DC Universe:

The following event will explore a DC Universe without the Justice League, highlighting their importance. But hold on, you might be thinking. Didn’t we do this before? Well, kind of…

To commemorate the 20th anniversary of Crisis on Infinite Earths, DC launched the sequel, Infinite Crisis. At the end of the event, the “Trinity” – Superman, Batman, and Wonder Woman – all take a break from their superhero careers. Clark Kent had lost his powers while Bruce Wayne and Diana Prince went on separate journeys of self-discovery. As a result, they were gone for a year in the DC Universe.

52 explored a world without the Trinity, highlighting how important those three heroes are. So, Death of the Justice League is doing that, but with three times the number of missing heroes. And with death. However, 52 isn’t the only story that might feel familiar here. The other one, though, is very intentional.

Justice League #75 Celebrates Another 75th Issue featuring a “Death of…” 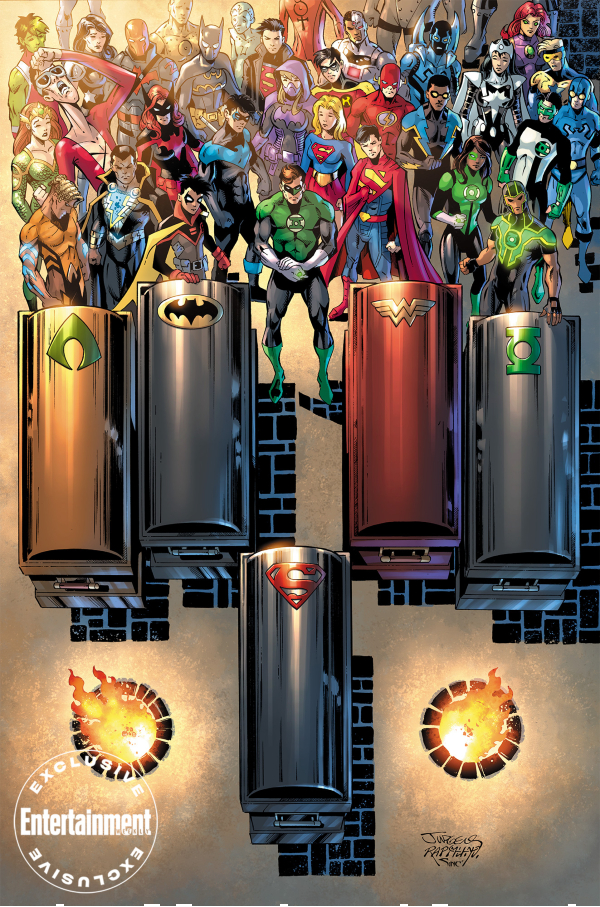 EW notes how DC loves to commemorate famous stories, such as they did with Infinite Crisis. Death of Justice League is no different. However, in this case, it’s honoring Superman #75, the Death of Superman. Williamson explained how he wanted to pay homage to the classic issue and how his story will differ:

“I remember the experience of reading the build-up to ‘The Death of Superman’ and then waiting in the rain for my copy of issue #75. I think one reason that story was so powerful was that after the ‘Funeral for a Friend’ story, there were no Superman comics for three months. That’s part of what led us to make the decision that this is the last issue of the Justice League. But then three months later, there’s still not gonna be a Justice League comic. It’s gonna be a while, and that’s gonna be a major part of what the DCU looks like after this story: There is no Justice League.”

How long will the DC Universe go without a Justice League? We’ll have to wait and find out. But it’s going to be a rough year for the DC heroes.

Justice League #75 will debut on April 19, 2022 and will be available wherever you get your comics.

How long do you think these “deaths” will last? Share your reactions, thoughts, and theories in the comments below.