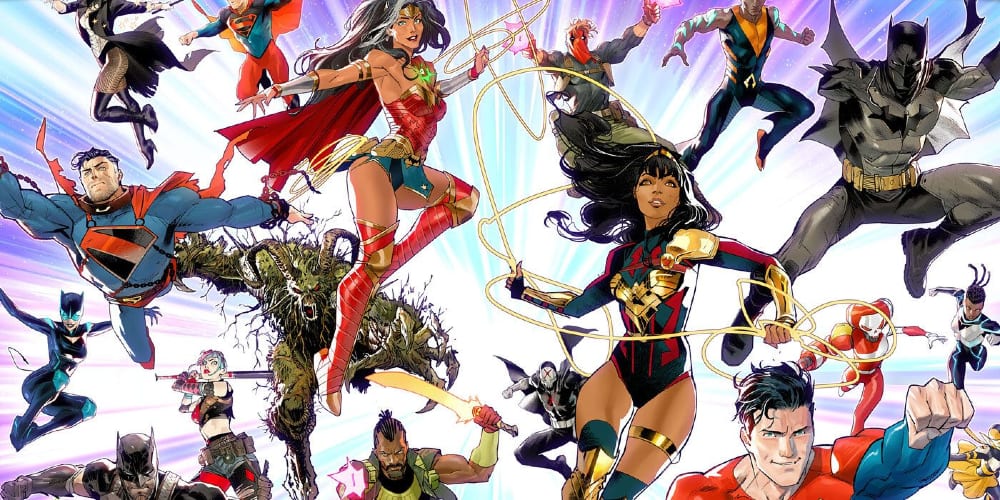 Right before the Pandemic shut everything down, DC Comics fired Co-Publisher Dan Didio for leading their universe into yet another reboot. They scrapped the 5G(enerations) plans and turned Dark Nights: Death Metal into their big event, promising fans that they weren’t going to put them through another reboot. With Death Metal ending, DC finally announced what comes next. So, what comes next? Future State, the next big DC event…that sounds like it might set up another reboot.

DC Future State is a Very Ambitious Plan, but will DC Fans Go For It? 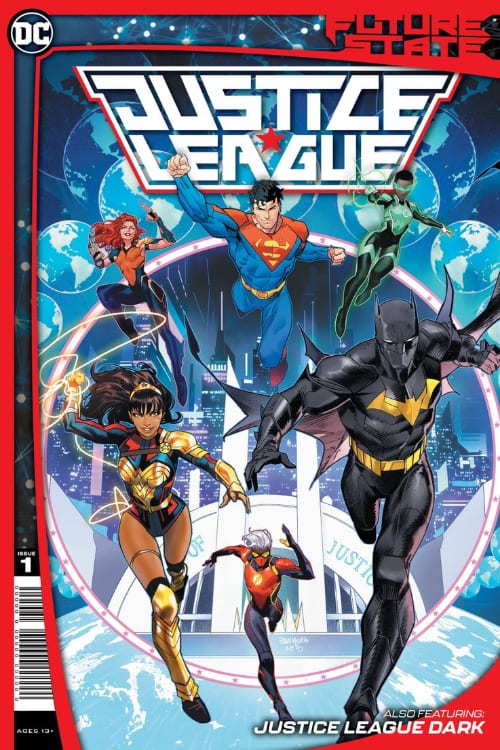 Two months. DC is dedicating all of January and February 2021 to Future State. So far, we’ve only seen DC do this with events like Flashpoint and DC Rebirth, two reboot events. But we’ll speculate on that later. But for now, let’s look at their plans. Through January and February 2021, “the full title lineup will feature a combination of monthly and twice-monthly oversize anthologies, as well as a monthly schedule of miniseries and one-shots.”

This means two things. Consequently, if you love the storyline currently happening, it will go on hiatus for two months. Hopefully, each writer finds a good breaking point. It also means that it’s a good jumping in point for wherever DC goes with Future State. In this way, it’s a little similar to House of X and Powers of X, where Marvel Comics stopped the entire X-Men line to give it a fresh start in Dawn of X. Not similar as in “they ripped off Jonathan Hickman” way, but an exciting look at a new future.

DC is Going BACK TO THE FUTURE (State) 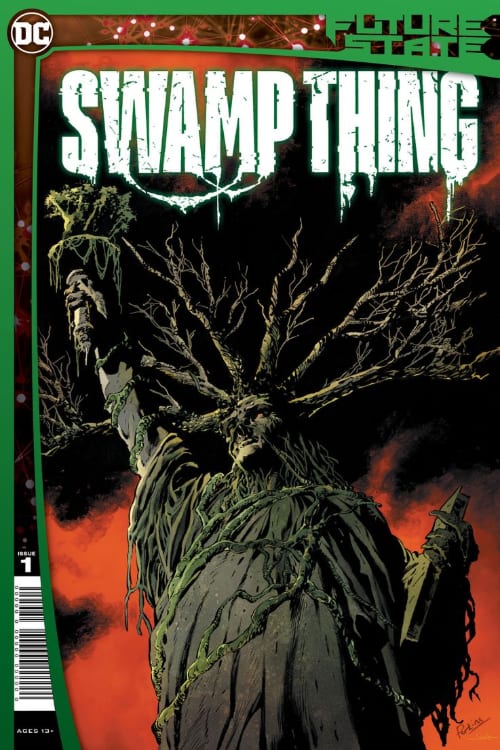 In fact, Future State feels like a mix of Powers of X, where we learned how Moira’s futures impacted the X-Men’s present, and DC One Million, in which the heroes of our time had to save the future. As the press release reads, “the Multiverse has been saved from the brink of destruction, but the triumph of DC’s heroes has shaken loose the very fabric of time and space!” So, just as they did at the end of Dark Nights: Metal, the heroes of the DC Universe are going to do something really drastic. Evidently, more drastic than destroying the Source Wall that helped keep Perpetua in check.

But in Future State, DC is focusing on the future, telling stories about “futures both near and far, full of current and new characters.” And since this will be DC’s bread and butter for two months, you can bet that there will be a lot of stories. We’re looking at “a combination of monthly and twice-monthly oversize anthologies, as well as a monthly schedule of miniseries and one-shots.” Now, what goodies are we looking at? 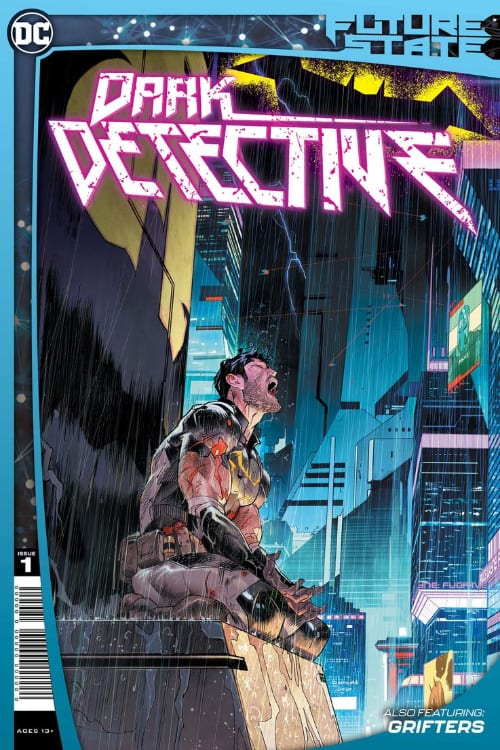 Wait, what alley in Gotham is he in? Did another mom named Martha die again? (Image: DC Comics)

In the seemingly near-future of Gotham, Batman is dead. Oh, um, spoilers? Gotham is our dystopian story. A villainous regime called the Magistrate controls the city, and has outlawed all masked heroes. But don’t worry, there’s a new Batman on the scene. The story is familiar, sure, but what’s really exciting that DC is doing with Batman in Future State is some of the creators. Brandon Easton! Vita Ayala! Gene Luen Yang! Mariko Tamaki! Laura Braga! Here’s there entire two-month line-up:

Superman Has No Home in the State of DC’s Future 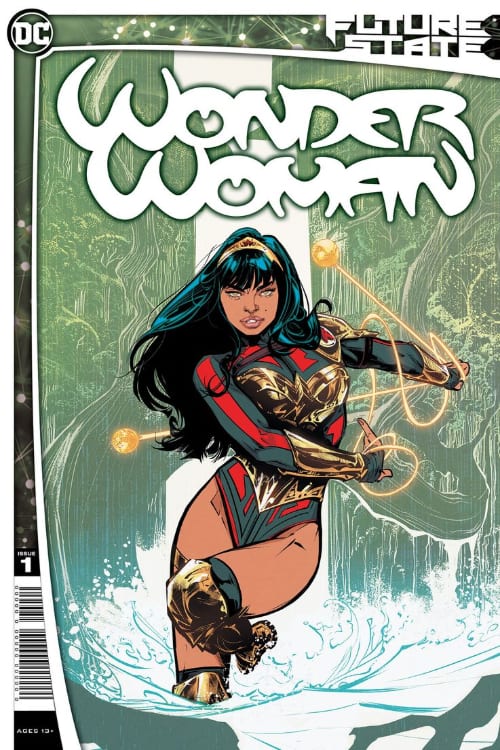 Our New Amazon Warrior is from the Amazon Rainforest! Or, at least, from Brazil. (Image: DC Comics)

What would happen if you took Planet Hulk and replaced him with Superman? Well, we’re going to find out, as Clark Kent finds himself banished from Earth. He ends up on Warworld, where he rises “through the ranks of gladiatorial combat in order to defeat Mongul with the help of some unlikely heroes.” And that’s what they’re telling us before we even start reading. However, the Superman family of titles now includes Wonder Woman, Mister Miracle, Midnighter, and a few more surprises. Here are the comics we’ll be opening our wallets for:

The Justice League Titles Feature Just About Everything Else 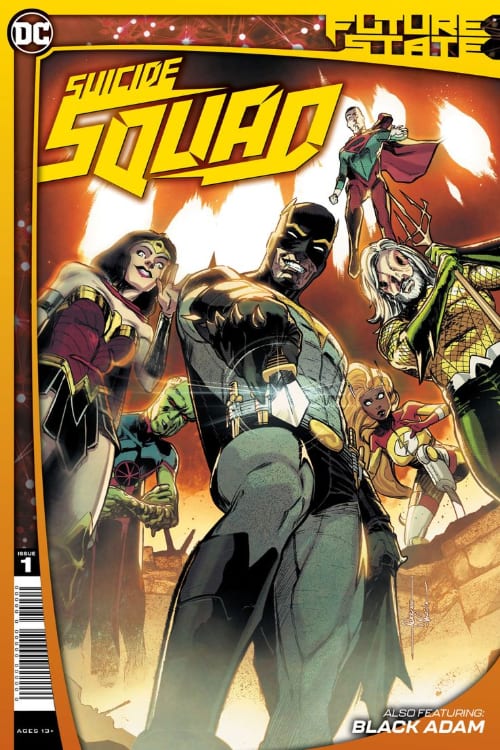 Firstly, in a really shocking twist, the Four Horsemen of Apocalypse are going to DC Comics! In this time of miracles, we’re getting a crossover event; our heroes are put to the test by one of Marvel’s most powerful characters. Just kidding. However, we’re getting the Four Riders of the Apocalypse. In short. under the Justice League banner, we’ll see what happens with the Flash, Green Lantern, the Teen Titans, Swamp Thing, Suicide Squad, and more. And it looks like Black Atom might be the catalyst for the next reboot, or next event, since he’ll be looking “to the past as the only way to save the future of the Multiverse.” With the Rock’s debut as Black Adam coming soon(ish), expect Black Adam to make some big moves in the comics. Nevertheless, here’s the Justice League line-up:

What Should We Take from DC Future State 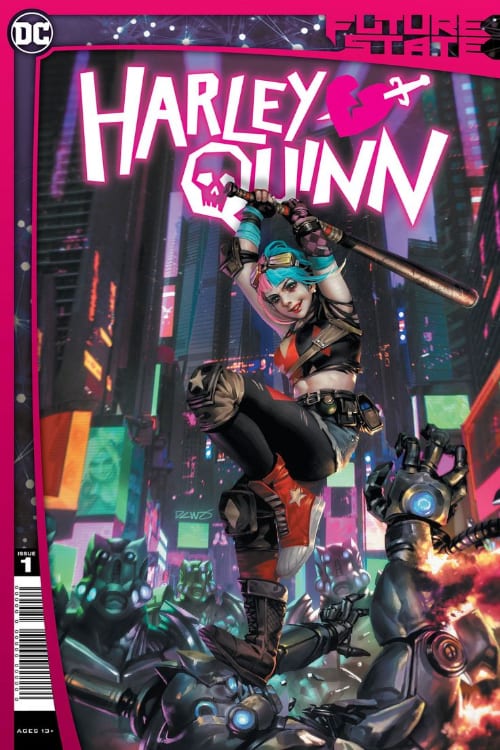 Overall, I feel apprehensive about this move. As we said previously, DC fired Didio to avoid this very kind of event. And though they promise, “In March 2021, the regular DC title lineup resumes, continuing existing storylines from 2020 and introducing new arcs for the year,” this event is either a setup for a reboot or just a really messy event. However, some of these titles sound great, and the creative teams are definitely a plus. So, what do you think? An exciting new event that you’ll buy straightaway?  Certainly, it’s at least a fill-in for whatever 5G was meant to be? Or is it a big cash-grab regardless? If you’re either planning to read it or not, let us know below.