Who Is Stargirl In The DC Universe? - A New Promising Series

Who Is Stargirl In The DC Universe? – A New Promising Series 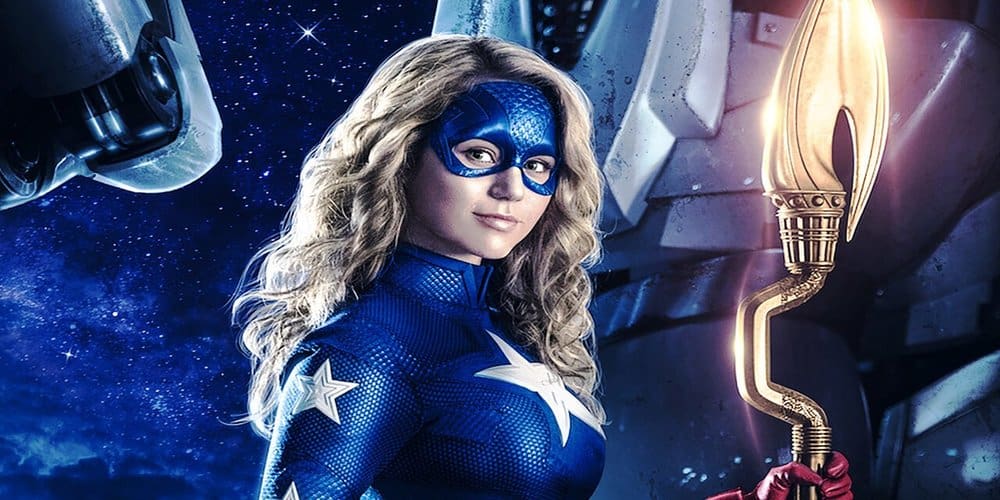 Stargirl is a character some might know The CW’s Arrowverse. Having shown up in a few episodes of Legends of Tomorrow, the hero is just getting started in her own show on DC Universe, the comic company’s premier streaming platform. Even if you watch Arrowverse shows, you might not be all that familiar with Courtney Whitmore and her alter ego. In the grand span of DC comics, her character is relatively new. So, who is Stargirl in the DC Universe? Let’s explore one of the newest faces of the ever-growing DC television empire.

Below, you’ll see spoilers from the story of Stargirl in the DC Comics Universe.

Because these plot points are central to the new show, we’re putting in a little spoiler alert .

The Beginnings of Stargirl in the DC Universe 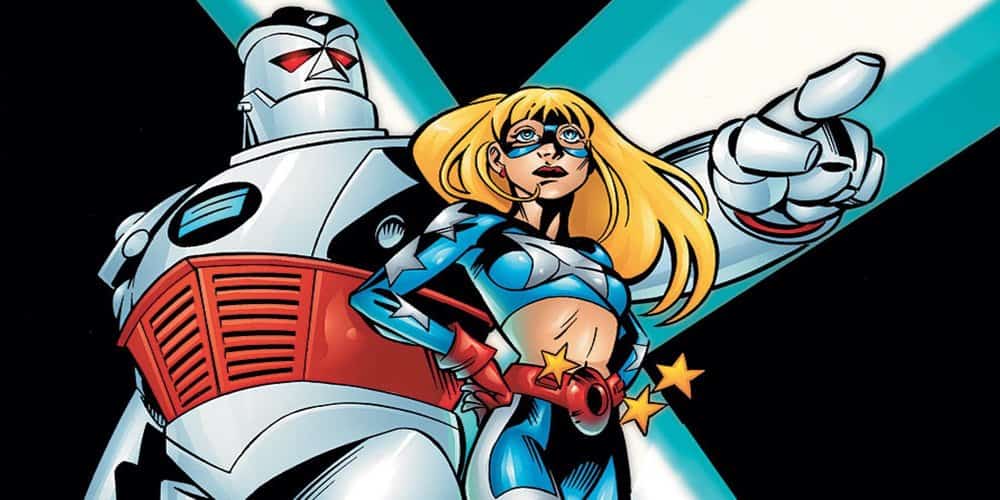 Considering how old characters like Superman and Batman are, Stargirl is relatively new to the DC universe. The character of Courtney Whitmore actually has a sad creation story. DC creators Geoff Johns and Lee Moder developed the character after the tragic death of Johns’ sister. In a horrible turn of events in 1996, TWA Flight 800 departing JFK airport in New York to Rome crashed just 12 minutes after takeoff. On board was Johns’ sister, Courtney, who would go on to serve as inspiration for the character of Courtney Whitmore.

Who is Stargirl? – Courtney Whitmore’s Transformation

Let’s first start with Courntney Whitmore’s step-father, Pat Dugan. If the name rings a bell, then I’d say you’re pretty well versed in your DC Comics lore. Dugan is S.T.R.I.P.E, a hero who dons a powered armor suit not unlike Iron Man. He was the former adult sidekick to teenage superhero Sylvester Pemberton, the Star-Spangled Kid. Well, in 1999’s Stars and S.T.R.I.P.E. #0, Whitmore finds the original Star-Spangled Kid suit in her step-father’s things.

As a joke, she puts the costume on to annoy Dugan, who Whitmore doesn’t really get along with. In a weird escalation of events, Whitmore’s teenage angst turns into an actual transition into the second Star-Spangled Kid. They begin with the name Stars, but eventually transition her to the name Stargirl. To protect her from danger, Dugan returns to the S.T.R.I.P.E. suit to accompany her on bouts.

In the early days, Stargirl’s frequent nemesis was another young newcomer known as Shiv. The villain is actually the daughter of the immortal Dragon King, but Stargirl holds her own. Most notably, they battled it out in the the 2005-2006 run of Infinite Crisis. After holding her own, Stargirl joins the Justice Society of America. After joining, she receives Starman Jack Knight’s cosmic staff, and becomes a regular in the DC Universe adventure of the past 15 years. 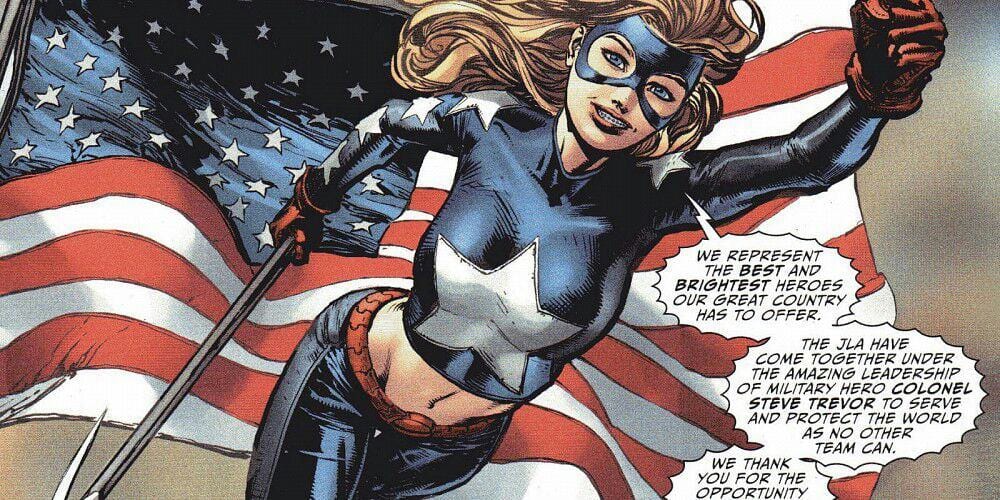 One major storyline that stands out in the short run of adventures with Stargirl involves quite a few run-ins with DC heroes and villains. For example, we see a flashback in 2003’s JSA: All Stars #4 a chemical attack from Joker which leads Solomon Grundy to an attack on the JSA in a violent confusion. Barely defeating Grundy, the two would go on to fight many more times in the future. Another fun run, the Sins of Youth, finds Merry Pemberton, the sister of the original Star-Spangled Kid, coming together with Whitmore. They initially battle about the legacy of Star-Spangled Kid, but team up to fight Amazo among others.

In a heartbreaking run, we also see her biological father, Sam Kuris, working for the Royal Flush Gang. There’s another run where Courtney almost gets set up to become romantically involved with Tim Drake, better known as Robin. Rather, she ends up dating JSA member Captain Marvel, but JSA members find the relationship to be too dangerous to protecting Marvel’s secret identity as Billy Batson.

In Stars and S.T.R.I.P.E. and an issue of Impulse, Courtney hints at having a crush on Robin (Tim Drake), a concept that was not developed in subsequent issues. In a later flashforward, we see Stargirl, who is now Starwoman, married to JSA member Atom Smasher, also known as Albert Rothstein.

Who is Stargirl to the Arrowverse? 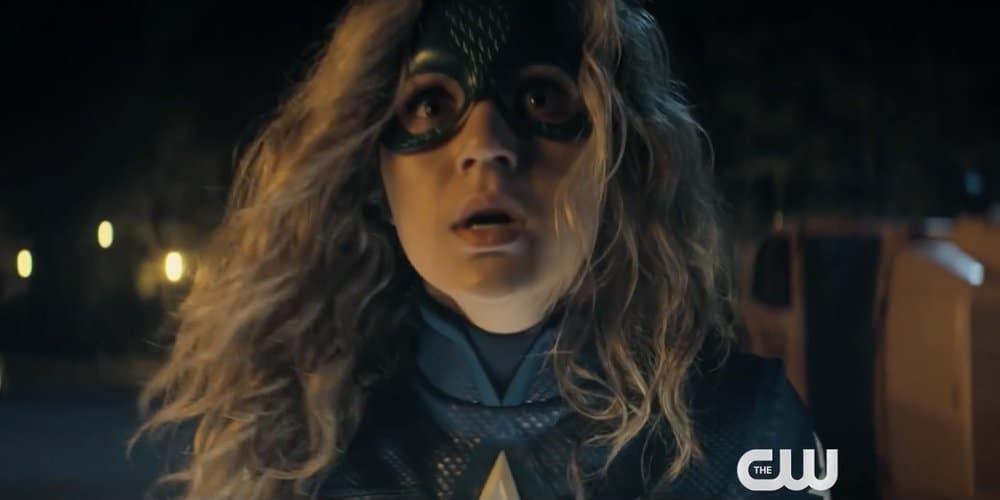 In the DC Universe show Stargirl, we’ll see a relatively similar story play out. The set-up mirrors the comics, for the most part. It all starts with a high school sophomore-aged Courtney Whitmore and the discovery of a powerful cosmic staff. After learning that her step-father has a past life as a hero, she becomes the inspiration for a new generation of superheroes.

The pilot releases on the DC Universe streaming service sometime this Spring. From there, each following episode will be released weekly.

Who is in Stargirl on DC Universe?

Brec Bassinger, most recognized from Bella & The Bulldogs, will play Courtney Whitmore. The rest of the cast holds a lot of acting cred, as well as some fun newcomers. Luke Wilson will play Courtney’s stepfather, and Amy Smart will play her mother. Joel McHale, Lou Ferrigno, Jr., Yvette Monreal, and a number of other actors star alongside Bassinger.

Will Stargirl Be a Hit for the DC Universe?

If you really think about it, then it’s hard to tell how successful Stargirl is going to be. On the one hand, the hero is not as well known in the DC universe as others like Superman or Batman. Still, the tone of this show is going to be much lighter and youthful than others in the Arrowverse. The character’s creator Geoff Johns compared the expected tone of the show to movies like Back to the Future and The Karate Kid. With a younger star and character, I think this might be the right move to help diversify the DC Universe content library. Plus, with things like Green Arrow and the Canaries failing to get picked up on CW, there’s room for a promising newcomer in the mix.

What do you think about Stargirl in the DC Universe? Are you excited to check out the show? If you are, then let us know in the comments!