While comics movie fans are dissecting reviews of Joker, the next DC film features a character who, previously, was inseparable from him. The new trailer for Birds of Prey (And the Fantabulous Emancipation of One Harley Quinn) shows how the titular character lives a Joker-free life. We know from set photos of the Harley Quinn movie that it appears the Joker throws her out, forcing her to face a world without her “Mistah J.” Yet, despite how sad she appeared to be, the first Birds of Prey trailer highlights that this development liberates her. In fact, we don’t even learn the names of any of the supporting characters, i.e. the “Birds of Prey.” Instead we just see glimpses of Rosie Perez’s Renee Montoya, Jurnee Smollett-Bell’s Black Canary, Mary Elizabeth Winstead’s Huntress, and Ella Jay Basco’s Cassandra Cain.

We also get to see Chris Messina’s Victor Zsasz and we even hear the American accent Ewan McGregor uses for his turn as Roman Sionis. Sionis is known as Black Mask in the comics, but it appears that McGregor won’t be covering up that handsome face for anyone. Since Sionis will reportedly be the DC movies’ first LGBT character, it almost makes sense not to cover up his face with a mask. Though, if you look at the footage carefully, we don’t get a lot of scenes with McGregor. It’s possible that something happens while facing (pun intended) the Birds of Prey, which we don’t see in the trailer. This means he could don his iconic black skull mask before the final act of the film.

There is a lot of turmoil surrounding the Joker movie, which we will discuss at length in a future post. One argument is that Joker represents a troubling kind of uniquely male fragility that feeds into a culture that promotes hate and violence. True or not, there is no question from the first Birds of Prey trailer, that this film is 100 percent the opposite. For those angry at the changing face of geek culture, e.g. those who launched the backlash against the Batwoman trailer, this film seems designed to anger them. It’s unapologetically about female empowerment (of a type). But, if it were a group of men getting together to go on a harrowing, but funny adventure (like, say, in The Hangover) we’d not bat an eye.

One of the most insidious myths about comic book culture is that it was the haven of just outcast, lonely men. Sure, they had a place there, but so did everyone else. Women and girls are just as passionately fans of genre stories, and it’s about time that they get a picture like this. The Birds of Prey trailer looks like every other colorful, somewhat silly action movie, but just with women causing most of the mayhem. In fact, that the film kind of looks like beloved violent actions films like John Wick is no accident. Director Cathy Yan was able to get Wick director Chad Stahelski to film reshoots in order to up the action ante. Birds of Prey will be a film for everyone, and it tells as remarkable a story as Joker ever could. It may not win awards (though Robbie’s first Harley Quinn movie Suicide Squad did win an Oscar), but it will be memorable and fun. That’s all you can ask of a movie.

The first trailer for Birds of Prey breezes past the other familiar comic characters who make up the group. Rather it focuses on how Harley Quinn unites a group of disparate loners to take down someone powerful. This is a formula that could work over multiple films (just like the John Wick formula). Also, the nature of the Birds of Prey brand (at least on the big screen) is such that it could feature a rotating cast of characters. DC Comics has a deep roster of female heroes, villains, and anti-heroes who could all find a spot on the team.

Birds of Prey (And the Fantabulous Emancipation of One Harley Quinn) hits theaters in February of 2020.

What do you think of the first Birds of Prey trailer? Tell us what you think either about the politics of it all or if the movie just looks like fun. Let your thoughts fly in the comments below or find us on Facebook and Twitter to share your thoughts. 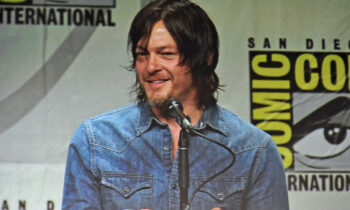