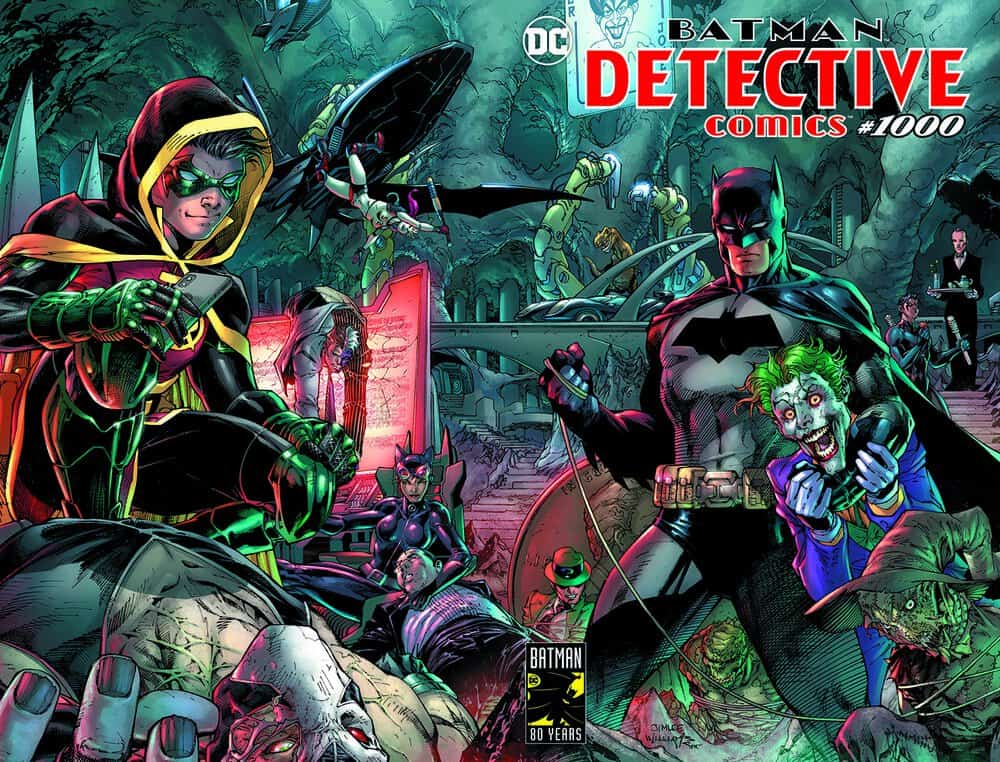 What is Detective Comics?

Issue #1000 of Detective Comics is set to be a hardcover edition. The book is a living piece of history, featuring story and content celebrating Batman and DC. The book will feature a number of covers for collectors to find, as well as commentary and artwork from the decades of Detective Comics.

Expectedly, a normal Batman story is featured as well. The story, entitled Table for Two, is meant to serve as a bit of an introduction. Rather than do another origin story, the adventure takes Batman back to basics. The comic itself is meant to embody what the hero stands for. Whether you love Batman or are new to his stories, this issue should help determine who Bruce Wayne is from the get go.

Table for Two is a thrilling adventure starring the Dark Knight. Gotham City has turned to yet another breakdown, thanks to Two-Face. The villain has turned all the various villains together into a cohesive threat to Batman. There are a lot of familiar faces in the story. Alfred and the Batcave make appearances, as well as Wayne Manor. A good look at Bruce Wayne and Batman is present from cover to cover.

Author Robert Venditti is a DC favorite. Table for Two is another great entry for the writer, who worked on the story with Jamie Rich as editor. Rather than go for something simple and back to basics on this monumental issue, Venditti hits a home run in a big way. For such a big issue, the story is seamless and swift in its purpose. The issue also succeeds in returning to the Detective Comics roots of mystery and detective storytelling. Batman is a hero, but at the end of the day, he is a detective. The world’s best, if you ask many comic fans. Venditti had featured Batman in past works, but never as the leading focus.

The issue will also feature art that tributes and celebrates Batman over the years. A lot of big names return to share their vision of Batman, adding up to a big collection of artwork. 32 retailer exclusive covers will be on the market. The book totals in 168 pages, and releases June 12th at comic shops. Bookstores around the world receive the Deluxe Edition on June 18th. The book will cost $19.99 for all the great, historic content.

DC and Marvel are the biggest names in comics. To reach a milestone of this magnitude is a big feat. Fans are the reason comics continue to thrill children and adults of all ages. Batman is relatable on a number of levels, and teaches a lot of lessons about doing the right thing when times get tough. It makes sense to feature Batman in issue 1000. Given the history of DC, as well as the things to come this year from the comic publisher, Batman and his fellow heroes of DC comics will march on with every new release.