The Complete History of Wonder Woman 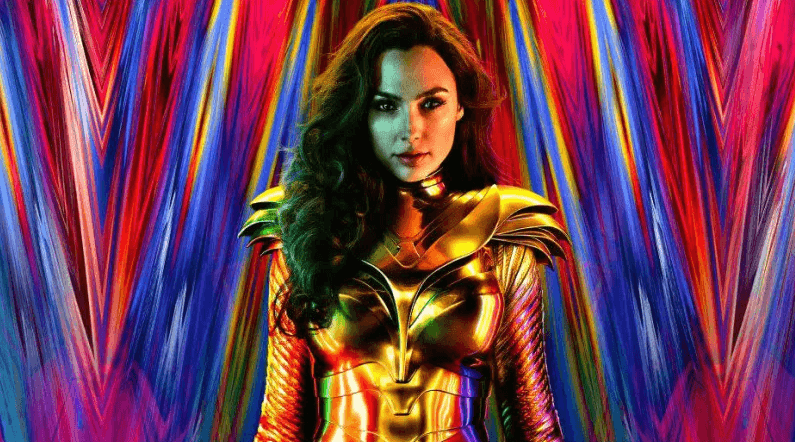 Wonder Woman, also known as Princess Diana of Themyscira, is one of the most iconic superheroes of all time. We live in a world dominated by male hero figures. So how did Wonder Woman become the super hero force that she is today? We’re going to explore the complete history of Wonder Woman. We will start from the moment she was first created by William Moulton Marston in 1941. And explore her story through her years in comic books fighting crime, all the way to today.

The complete history of Wonder Woman begins with her initial comic book debut in the 1941. William Moulton Marston created & introduced Wonder Woman in All Star Comics No. 8. Marston was an American psychologist and has an interesting history himself. Marston wasn’t only a comic book writer. He was also the inventor of an early design of the lie detector. His home life was also interesting, to say the least, and has been under speculation.

Elizabeth Holloway Marston was William’s wife. But the two of them also had a polyamorous life partner named Olivia Byrne. Olivia, who went by Olive, had met Marston when she was a senior at Tufts University. Marston was a psychology professor at the same university. They began to have an affair. Marston told his wife, Elizabeth (according to rumor) she could choose to allow his relationship with Olive. She could move in or Elizabeth could move out. Elizabeth chose to stay and they each bore children for Marston and all lived together for the rest of their lives.

Both of Marston’s female partners were big influences in the creation of Wonder Woman. As a psychologist, Marston held the belief that women were more honest than men and had the ability to work faster and more efficiently.

Olivia (while working as Marston’s assistant) interviewed Marston in The Family Circle in an article titled, “Don’t Laugh at the Comics.” Marston said he believed there was “great education potential” in comic books. Max Gaines, a prominent person in comic book history, read the article. He decided to hire Marston. Marston became an educational consultant for All-American Publications and DC Comics. Marston had the idea to create a new superhero who’s dominant strength would be love. His wife said, “Fine, but make her a woman.” Thus, Wonder Woman, who’s initial name was “Suprema,” was created and based on the women of the time. Marston wrote her stories and Harry Peter, a newspaper artist, illustrated them.

When asked why he felt the need to create a superhero like Wonder Woman, Marston said in The American Scholar, “Not even girls want to be girls so long as our feminine archetype lacks force, strength, and power. Not wanting to be girls, they don’t want to be tender, submissive, peace-loving as good women are. Women’s strong qualities have become despised because of their weakness. The obvious remedy is to create a feminine character with all the strength of Superman plus all the allure of a good and beautiful woman.”

Part of the complete history of Wonder Woman is her initial debuts in comic books. Wonder Woman made guest appearances in already successful comic books, beginning with All Star Comics #8 in 1941 and then Sensation Comics #1 in 1942. Later on in 1942, she received her own comic book series.

Wonder Woman (who’s real name was Princess Diana) wore bulletproof bracelets, carried a magic lasso, and trained for combat in the Amazon. Princess Diana became Wonder Woman when she met Steve Trevor who was an intelligence officer in the US Army. Trevor crash landed on Paradise Island – a place that doesn’t allow men. Princess Diana nursed him back to health. The two fell in love and so the god of love, Aphrodite, told Diana to go to the “Man’s World” and fight against the Nazis. It was after she won the tournament in the man’s world that she became known as “Wonder Woman.”

The Wonders of Wonder Woman

Superheroes find their identity and history is their signature powers and strengths. Wonder Woman is no different. Among Wonder Woman’s strengths are superhuman strength, she can use the wind to fly and glide through the air, superhuman speed and reflexes, and she even has enhanced senses like smell, sight, and sound. Increased empathy is one of her lesser-known powers. Artemis, a Greek goddess, gave her this power. Wonder Woman can also speak any language that she encounters and can breathe as forcefully as a gust of wind.

As far as powers go, Wonder Woman seems to have them all. With powers like that, is there any way she could lose in a fight? Well, like all heros, Wonder Woman has her weaknesses, too. People have caught Wonder Woman in her own lasso at times. She has traveled to different dimensions where she loses her power (this happened in a comic released in the 1960s). Wonder Woman’s bracelets are also a weakness for her, in a way. The bracelets help her to control her power, but if the bracelets become damaged or lost, her power increases to an uncontrollable level and so does her anger (think: Hulk).

Perhaps Wonder Woman’s most controversial weakness, though, is that she loses her power when her hands are tied together by a man. This weakness was inspired by her creator Marston, who enjoyed a bit of bondage in his marriage and relations with his two women partners. Typically, if her hands were tied together by a man (known as Aphrodite’s Law), she would go completely powerless. In fact, in many of Wonder Woman’s earliest comics, she was seen tied up multiple times. People have speculated whether or not this was Marston fantasizing through his comics.

Wonder Woman also did her own share of tying people up in her early comics. In fact, Wonder Woman herself famously tied up several women in Wonder Woman #3 (1943) and dressed them up in deer costumes and then chased them through the forest. After chasing them, she re-tied them up and displayed them on a platter.

Wonder Woman is different from her early days where she was frequently either bound or binding people. Wonder Woman #98 was her “new” reveal where a new origin story was written to reveal that her powers came from the gods and was described as “beautiful as Aphrodite, wise as Athena, stronger than Hercules, and swifter than Mercury.” The new Wonder Woman was also less provocatively sought after and tied or chained up.

By 1970 in the issue titled Wonder Woman #189, Wonder Woman had given up her powers in order to remain in the “man’s world” and learned different defense tactics like martial arts and using a firearm. In these years, Wonder Woman was more of a spy than a superhero. But in issue #204 Wonder Woman got her powers and traditional costume back. Gloria Steinem and Rober Kanigher influenced this decision.  From that point on, Wonder Woman held onto her powers. Most people consider her to have been the pioneering feminist superhero. The Wonder Woman comic series has over 600 issues written and Wonder Woman’s story continues today, however mostly on the big screen.

Wonder Woman is obviously a famous icon in comic books, but she has also made debuts in both film and TV. Her first appearance on TV was in a 1970s live action series titled Wonder Woman. The series ran for three seasons and had around 60 episodes. From there, she made the leap to film, but it took nearly 40 years. Her film debut was in 2014 in The Lego Movie which was an animated adventure comedy film. After The Lego Movie, Wonder Woman starred in Batman v Superman: Dawn of Justice (2016) and Justice League (2017).

Wonder Woman received her very own title Blockbuster film, Wonder Woman, in 2017. The film starred Gal Gadot as Wonder Woman and follows her origin story from the women-only Amazon to World War I and her falling in love with Steve Trevor. The movie grossed $821 million at the box office making it a huge success.

Wonder Woman 1984 will hit theaters in 2020. The film will introduce one of Wonder Woman’s enemies from the comic series, Cheetah, and will take place during the 1980s Cold War.

A Legacy of Strength

Wonder Woman is truly one of the most dynamic and interesting comic book superheroes ever created. Beginning with the history of her creator and his unorthodox love life to her earliest comics where she was tied up, Wonder Woman has fought against all stereotypes and come out of it a true hero. She has paved the way for other female heroes like Captain Marvel and Black Widow.

Considering the complete history of Wonder Woman’s past, she is the perfect candidate for being a feminist superhero because her obstacles are relatable to those of any woman who’s strength has ever been undermined by her beauty or femininity. Wonder is an inspiration and a reminder of the true strength and power that all women have.