Well, it’s that time of the month. I mean the time of the month when streaming services announce what will come and go, giving us just days to catch up on such classics as She’s Out of My League and Bring it On: In It to Win It (Damn thee, Netflix!). Sadly, the streaming service-who-could, DC Universe, is also going to lose a few titles. But fear not! For what we lose, we shall also gain. 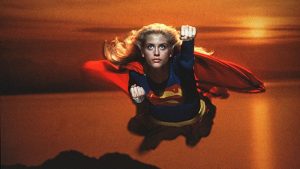 Quick! Before she flies away! (Warner Bros. Supergirl)

If you want to see the superhero cinematic milestone Supergirl, you only have until October 1st to experience the classic. But fear not, while DC Universe will no longer be streaming Supergirl, we are getting two classic Superman movies. I’d say the classics.

What’s Jumping into the DC Universe?

If you haven’t seen the biggest superhero team-up ever shot on film, Richard Pryor and Superman, get on the DC Universe app and start streaming Superman III first thing on October 1st. Your soul is not ready for it yet. In the meantime, we can continue enjoying these titles.

What DC Movies and Shows Remain? 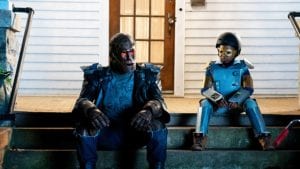 Nothing too surprising there. Mostly the sometimes-brilliant DC Universe animated films, and the DC originals should be available for streaming until the app dies or the heat death of the universe.

What do you want to be added to the DC Universe app?