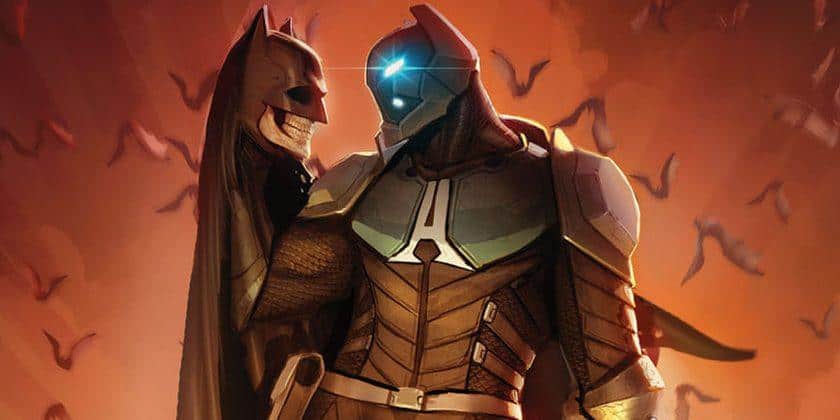 DC has been on a roll with some of its more popular IPs. The Justice League series from Scott Snyder and Jorge Jimenez has a great finish to its current storyline ready. A long form Harley Quinn piece is on the horizon. Not to mention, Event Leviathan kicks off. There are a lot of great DC single issues coming out in June, so let’s take a look at DC Comics March release and news to keep an eye on.

Brian Michael Bendis and artist Alex Maleev have worked together on some great projects, including a fantastic Daredevil series. Event Leviathan is a DC Comics March release that will touch nearly every DC character in some way, with an emphasis on Batman and Superman. Leviathan is back to remove everyone from the path of destruction. Now, it’s time to rebuild the world in its twisted vision. This six issue series is a favorite to look forward to on June 12th.

Harley Quinn is a favorite among DC fans, and has been for a long time. A 15-year-old Harleen Quinzel is sent to live in Gotham City in this new series, and things look up. The city is tough, but Harleen is set to take it on at Gotham High with her friend Ivy. Mariko Tamaki, of This One Summer, and Eisner Award-nominated artist Steve Pugh are set to explore gentrification, women’s empowerment and more in this great take on the Harley we all love.

The Scott Snyder and Jorge Jimenez JL series is wrapping up its ‘Sixth Dimension’ storyline in this issue. An oversize edition finds Superman as the last hope of the Justice League. Standing in his way? World Forger. While away battling planet creators, Earth is in sorry shape too. Mr. Mxyzptlk’s been wreaking havoc while Superman is away, leaving chaos. It’s sure to be a great conclusion to a storyline many have enjoyed with familiar DC favorites.