A Cyberpunk Comic Book That Is Too Awesome For Words 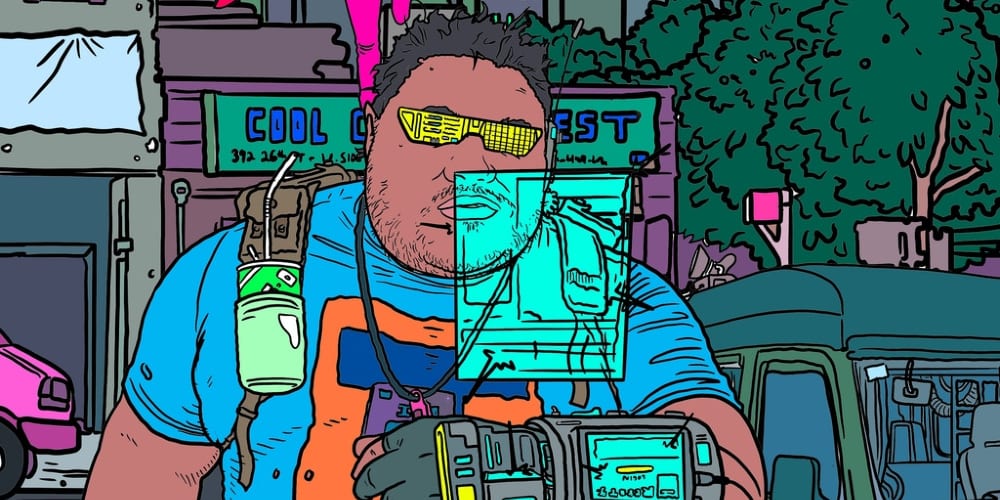 There are a lot of comic book projects on Kickstarter, and we’ve featured a few at Comic Years, such as Stan Lee’s Backchannel Kickstarter. Every so often, we come across one that we just have to feature – one that looks like the creators will change the comics game one day. Black Vans is more than that. Described as an “LGBT/queer/POC cyberpunk super-hero comic,” writer Alex Smith and artist James Dillenbeck’s comic book is like nothing we’ve ever seen. The art, the story, the characters…none of this has been done before. Not even remotely. Not like this.

A Cyberpunk Superhero Comic Book As Only Philadelphia Can Tell 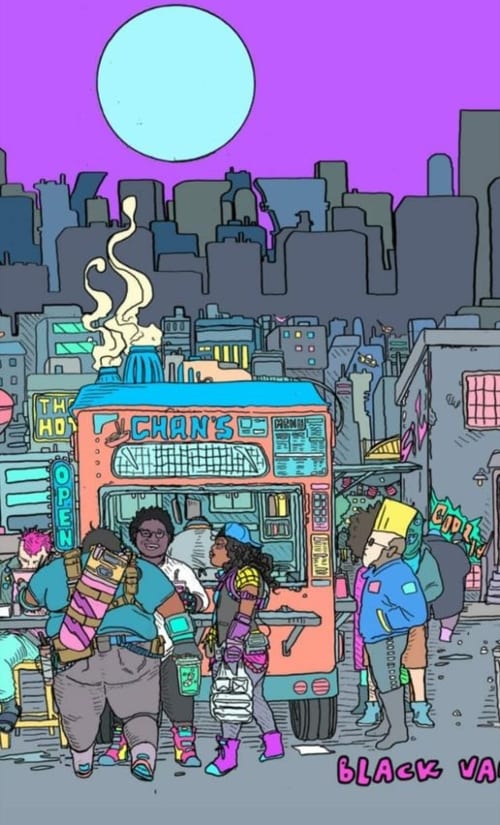 Black Vans takes place “in a Phuture Philadelphia, where hackers provide intel, communications, and surveillance for the slowly disappearing super-hero community.” The world that Dillenbeck created in this cyberpunk comic book is absolutely stunning. However, we can’t appreciate a beautiful world if there aren’t great characters bringing it to life. And with Bo, Smith and Dillenbeck created a superhero unlike any we’ve seen before. As Smith describes:

Bo is a plus-sized gay bear of Afro-Latino descent who always seems to be messing up. When it’s his time to step up and save the day, will he answer the call?

Thanks to Dillenbeck’s art, before we even read any dialogue, it’s hard not to love this character immediately. And we get from the cover: 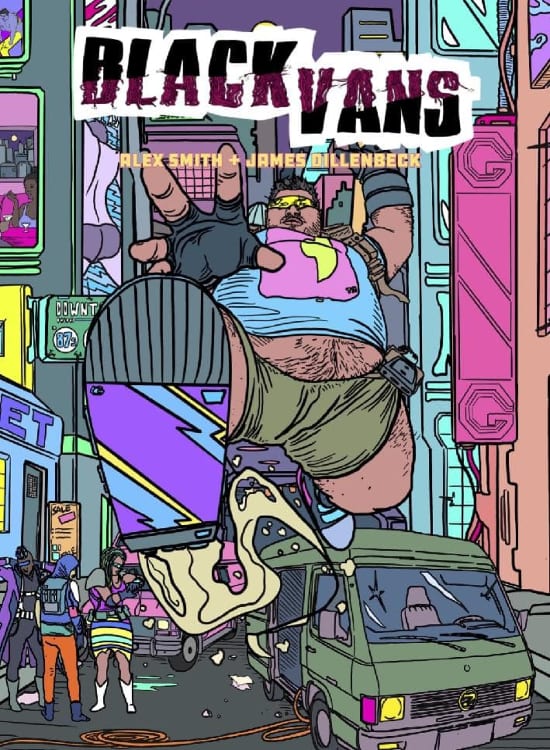 ALL OF THE AWESOME! (Image: Black Vans, Alex Smith and James Dillenbeck)

The art is simply incredible. Like Michael Alred having a psychedelic fever dream. Check out some of the other promo images: 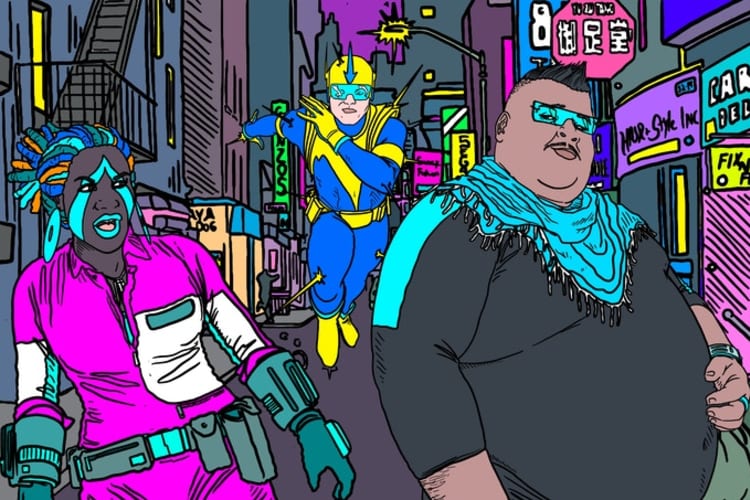 Where did Dillenbeck find a picture of all my friends from high school? (Image: Black Vans, Alex Smith and James Dillenbeck) 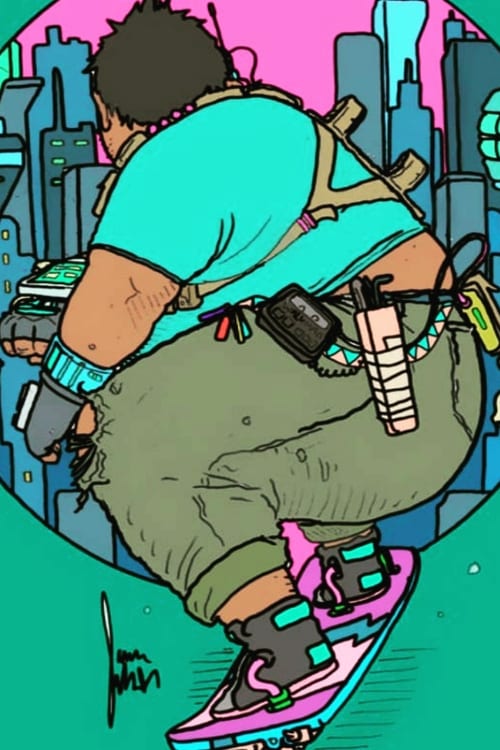 A hoverboard?! Oh, don’t break our hearts like Back to the Future Part II did! (Image: Black Vans, Alex Smith and James Dillenbeck)

And be sure to pledge for one of the actions prints before they run out. Alex and James are almost to their goal – let’s help get them the rest of the way. Or, as tradition goes every time we feature a Kickstarter, it will reach funding right before we publish. In that case, still contribute. All of the extra funds can go to Black Vans #2!

Black Widow Spoiler Review – It’s Everything We Have Been Waiting For
Fear Street Part Two: 1978 Review