Cooking with Deadpool is Exactly What We Need Right Now 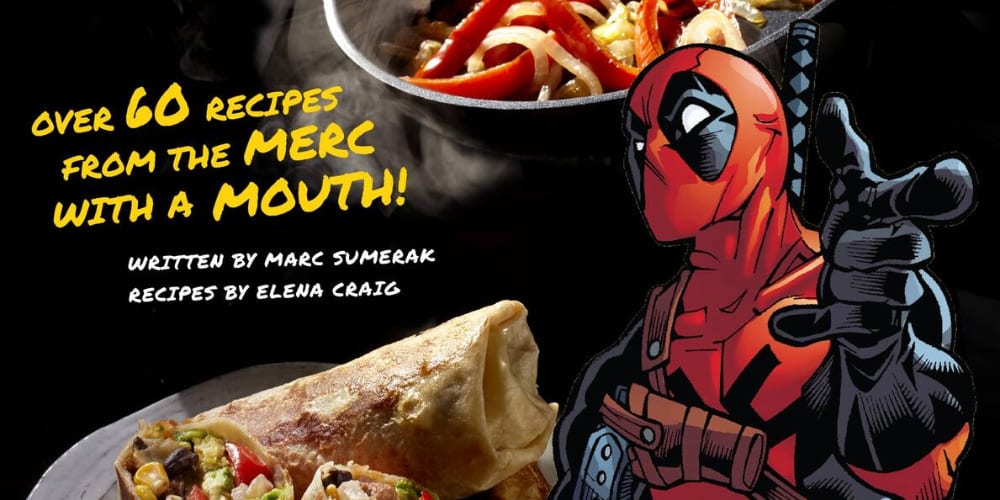 Have you run out of new recipes to try? Well, how does a stabby meat stick sound? Just think of how warm and juicy that meat stick will feel in your mouth. How flavorful. Oh, I mean Deadpool’s stabby meat stick. Er, rather, Deadpool’s kebab. Actual meat on a stick. Of course, that’s just one of the many recipes in the new cookbook Cooking with Deadpool. And since we’ve already tried making pizza bread bowl soup, why not try making “fireballs” or “Pete’s Meat Pies.” And without a doubt, pretty much every recipe has some innuendo.

Cooking with Deadpool Joins the Long-standing Tradition of Geek Cookbooks 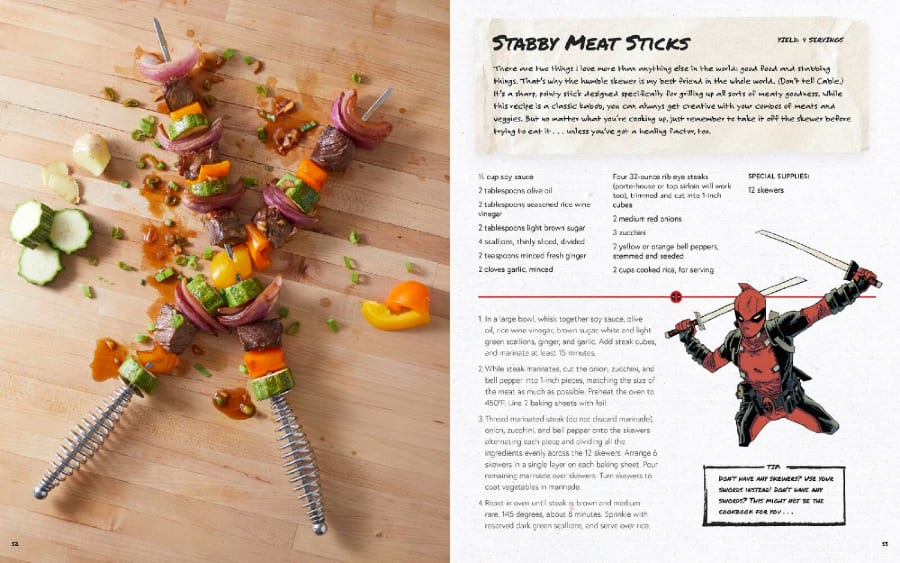 It all started like most Geek trends started—Star Wars. The cookbook Wookie Cookies was a hit. Not just because it was a humorous geek collectible, but it’s actually a good cookbook. Then we started seeing cookbooks for Stranger Things, Firefly, The Hobbit and The Lord of the Rings, Game of Thrones, and more. There’s even a recipe book based on the works of HP Lovecraft. It’s amazing that we’re just now getting Cooking with Deadpool.

Other Cookbooks We Want to See From the Comic Book World 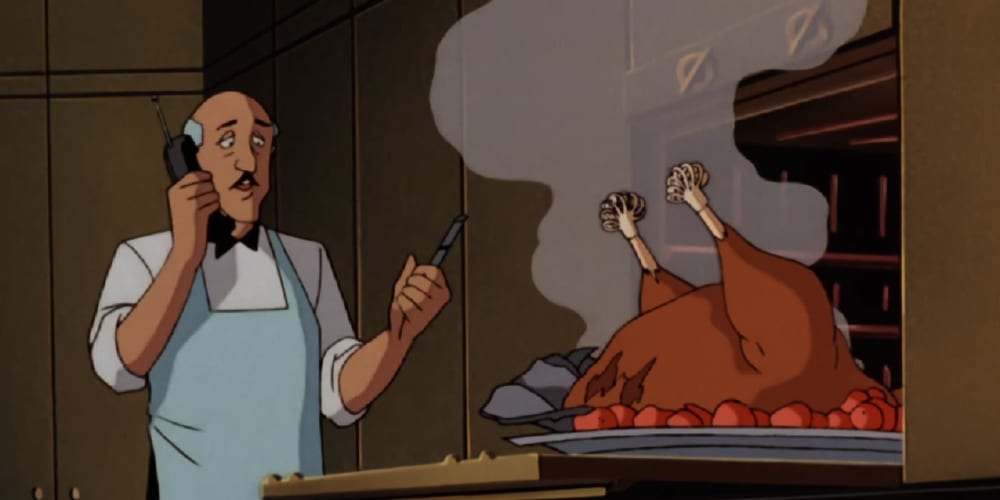 Firstly, we need Pennyworth’s Pantry, a collection of upscale recipes perfectly suited for a vigilante billionaire to ignore and let get cold. We can have “Penguin’s Iceberg Lounge Sushi Sampler” or “Two-Face’s Black and White Cookies.” And then there’s “General Ra’s Al Ghul’s Chicken.” Sure, that might be culturally insensitive, but Alfred’s old. He’s not always going to be as woke as Barbara Gordon and her “Oracle Omelets,” or Harley Quinn’s “Sweet Green Tacos,” and Poison Ivy’s “No-Veggie Beef Stew.” You know she’s a straight-up carnivore.

And finally, Daredevil lives in a place called a kitchen—Hell’s Kitchen. However, did you know that every Thanksgiving, all the street-level heroes and villains get together for a feast? Kind of like the Pilgrims and Indians, if the Pilgrims didn’t commit genocide after. So, we got your “King Pinwheel Cookies” coupled with Daredevil’s “Last Bites” for dessert. Also, the main course, Ghost Rider-s “Hellfire-flamed Turkey,” is delightful.

Cooking with Deadpool doesn’t come out until February 2021, but there are plenty of other geek cookbooks to prepare for the Holidays. And from all of us at Comic Years, Happy Thanksgiving. May it be a Thor’s Day full of good food and healthy families.