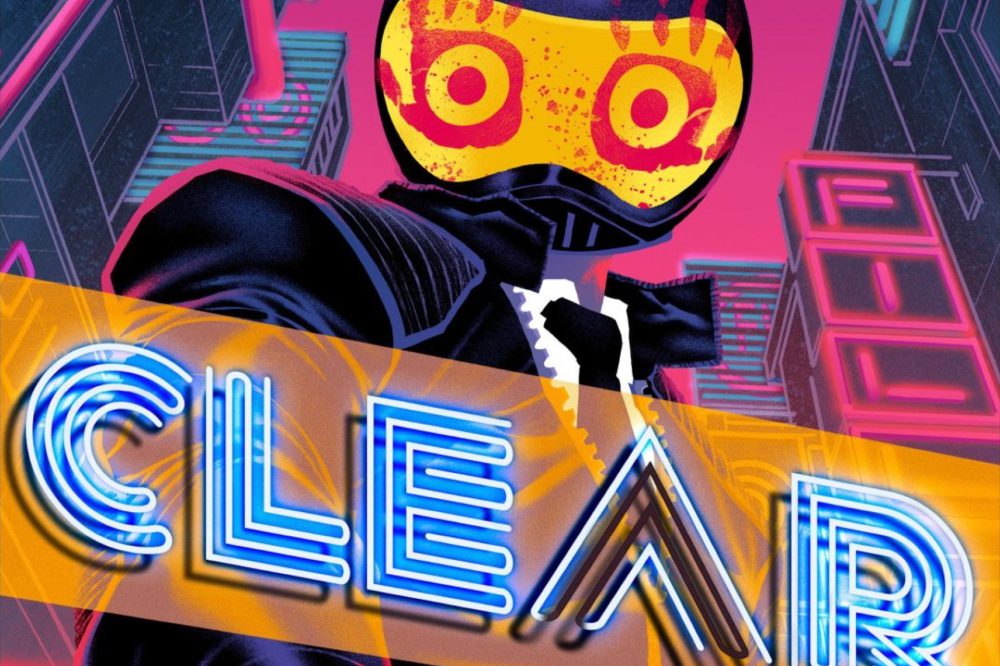 Last week, we got the writer Scott Snyder and artist Greg Capullo’s collaboration We Have Demons #1, launching the writer’s eight ComiXology exclusives. Of course, that title is pure Snyder/Capullo and as insane as you’d expect it to be. Indeed, it was so good, you’d be justified in worrying that the following seven titles would progressively get worse. But fear not! With Clear #1, Scott Snyder and ComiXology prove that the Best Jacket Press originals live up to the imprint’s name. In fact, Clear was even better than We Have Demons. 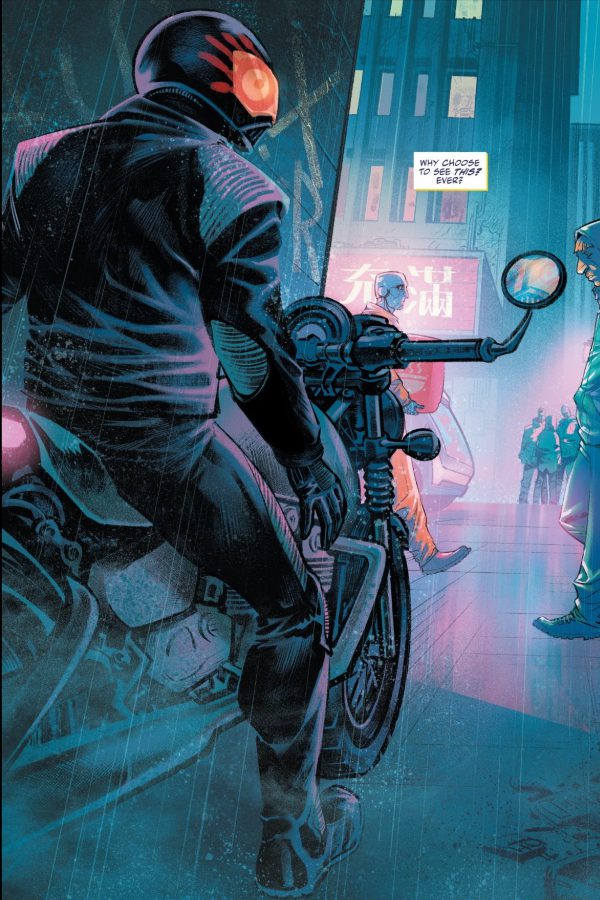 Describing this book is simultaneously much more complex and more straightforward than We Have Demons. On the surface, it’s the classic Noir setup. A private eye and former Police Detective is on a routine, tedious job when everything goes to hell. But the sci-fi elements make this noir comic even more compelling. Imagine if you can use an Instagram filter over your entire life. When you walk down the street, you see whatever it is you want to see. Want to live in Middle-Earth? There’s a filter for that. Or do the neon-lit cities of Tron suit your fancy? Well, you can do that too. Are you tired of seeing your spouse day-in and day-out? You can put a filter over them.

But then there are people like Sam Dunes, the hero of the ComiXology Originals title, who wants to stay, well, clear. Ironically, you need a filter to negate the other filters, and they’re more expensive than artificial filters. He’s the gruff, down-and-out private investigator we know and love. Snyder’s character fits snuggly between Phillip Marlowe (Raymond Chandler’s detective) and Patrick Kenzie (Dennis Lehane’s). He’s divorced, lonely, dresses cool but like he’s not trying, and has a motorcycle helmet with weird eyes (as seen on the cover). Most of his cases are getting evidence that someone’s spouse is replacing them with a filter – the new form of cheating. On the same day he finds out that his ex-wife, a beautiful blonde, killed herself, his client, a dark-haired, by-the-book femme fatale (in the best way), offers him a compelling job.

Of course, the “suicide” might not be as it seems. And we all know how these Noir stories work. As Robert Downy Jr said in Kiss Kiss, Bang Bang, “Your case and my case are the same [email protected]#$%^& case.” Snyder is taking us on a classic Noir mystery in a world continually losing its reality. How do you even look for clues, or interrogate a witness, when people literally see what they want to see? Clear might only be the second ComiXology Original title to debut, but my gut tells me this will be the best. 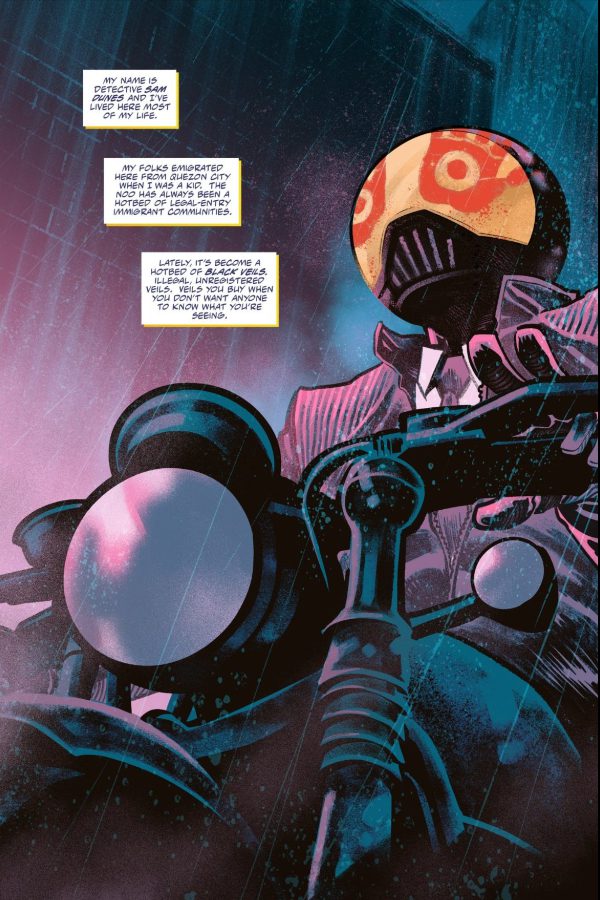 While many artists are great at penciling mysteries, only a few artists deliver Noir. Alex Maleev, Sean Phillips, Andrea Sorrentino are a few examples. Likewise, Francis Manapul is one of the best. He gives us both dark alleyways and future technology seamlessly. It’s clear that he loves the crime genre and how excited he is to work with Scott Snyder on this ComiXology original. The character design for Sam Dunes is perfect, starting with that creepy helmet and then seeing the worn-out investigator underneath. The sudden change in aesthetic is jarring, which is exactly what Noir should be. Give us an expectation, and then rip it out from under us.

The more titles we get on the level of We Have Demons and Clear from ComiXology and Scott Snyder, the better. This is just the second debut. Next week, we’re getting Night of the Ghoul #1, Snyder’s first collaboration with artist Francesco Francavilla since Batman: Black Mirror, a decade ago. I’m already patiently waiting to hit “borrow” when the title launches.

Oh, right, Clear, We Have Demons, and all of the Best Jacket Press titles are part of the ComiXology Unlimited subscription. So, instead of spending $33 on all eight first issues, pay $6 a month on all the issues…ever.

What Best Jacket Press titles are you looking forward to?

Clear #1 is available now on ComiXology.