In Cable #1, Gerry Duggan and Phil Noto Establish “Kid Cable” as the Boy Who Would Become “Old Man Cable” 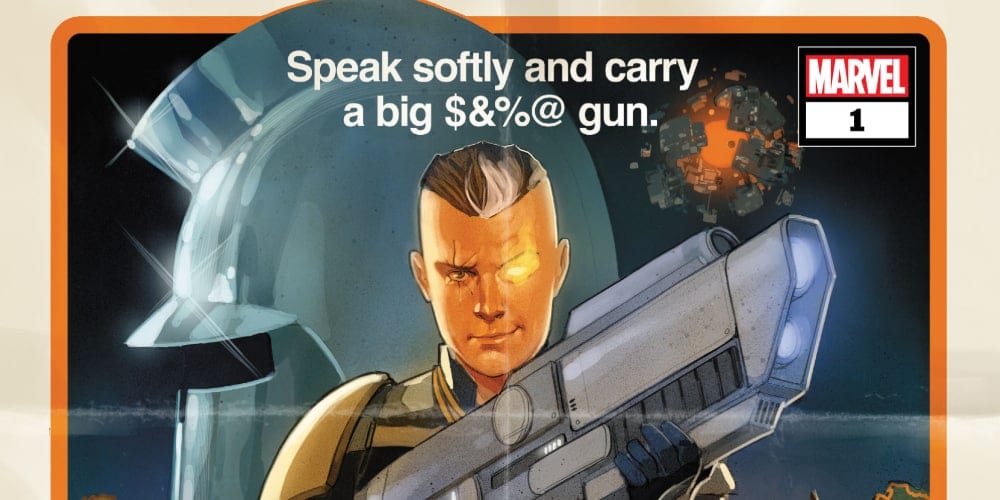 Nathan Dayspring Askani’ son Summers has one of the most convoluted histories in the Marvel Universe. He debuted in New Mutants, then led the mutant militia team X-Force…then turned out to be the son of Cyclops and Jean Grey’s clone, Madeline Pryor. And then it turned out that he was a clone, but then wasn’t. Apocalypse raised Cable’s actual clone, Stryfe. He time traveled, he became a messiah—raised a messiah. And he died…a few times. Came back. Died again. Then he killed himself. Well—he didn’t quite kill himself. A teenage Cable kills the older Cable. Now we have his younger version…maybe it doesn’t count as murder if it’s yourself and you live? Anyway, “Kid Cable” is now very much part of clan Summers. Thankfully, for Cable #1, Gerry Duggan and Phil Noto spare us having to study the complete chronicles of Irene Merryweather.

Duggan and Noto Do Reverse-Character Development for Cable 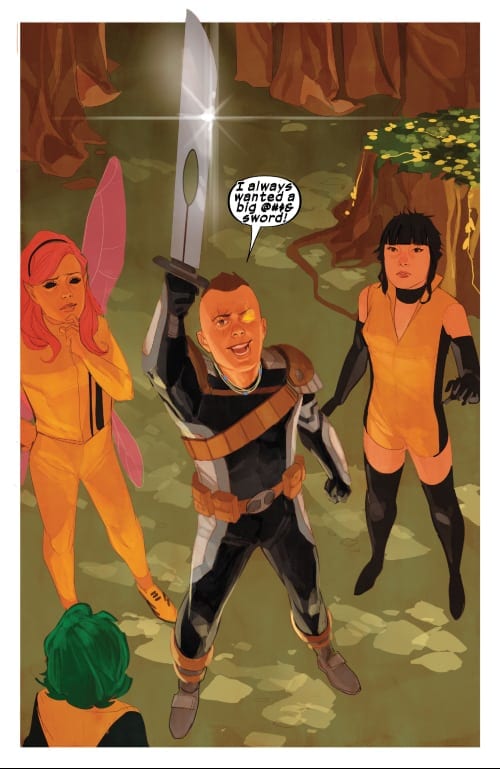 Because his history is so confusing, we already know the man the Askani’ son will eventually become. In most stories, we see the characters age and change over time. But with Cable, Duggan and Noto have to reverse-engineer the process. We know what Cable will be like. What does a teenage Cable look and sound like to become the grizzled older man? Here, Duggan’s writing gets to the core of Nathan Summers, old or young—arrogance. Old Man Cable believed himself to be a messiah. He started a nation, Providence, for the most intelligent and talented people in the world. He decided he was the only one capable of protecting the actual mutant messiah, Hope Summers. Kid Cable has the same issue, but to a lesser degree. It just seems like it’s worse because we trusted the wisdom of Old Cable and his Clint Eastwood schtick.

Kid Cable is delightfully cocky, and it’s easy to see how this develops to into the man we knew and loved for two decades. And Noto’s art shows this confidence proudly. From the way he talks to the girls on Krakoa to how he immediately wants to help a couple of children, we see Cable smiling. It’s easy to see Old Cable act this way as a teenager, post-Apocalyptic future or not.

We get a lot of weird in this issue. Cable fights Wolverine, a lion/wolf/dragon, and has a weird psychic connection to an ancient space knight. We’re thrown into a lot of action and adventure. No one can say this issue isn’t a lot of damn fun. At one point, Pixie—who is finally part of a Dawn of X book—sprinkles her hallucinogenic dust on a kid and we get this: 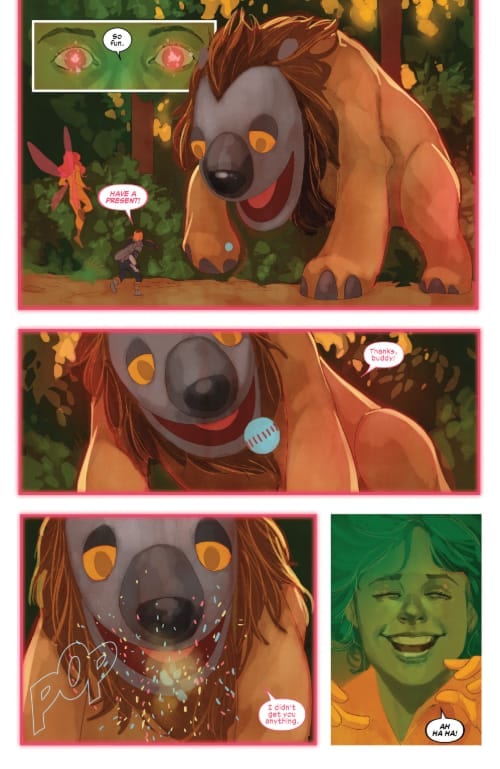 Phil Noto’s art in Cable #1 is kind of an odd match to the Character and the story Duggan tells. It doesn’t quite fit sci-fi; it doesn’t feel like Old Cable, …but there’s a youthfulness to it that certainly works for Kid Cable. And the way Noto draws characters like Pixie and Armor wonderfully. But the main reason Noto’s art works is because there are so many different types of stories. One artist would be great for the space scenes, another for the combat scene, and another for the monster scenes. Because Noto has such a malleable style, it works for every situation Duggan throws Cable into.

We Need a Lot More Dojo Battles As Soon As Possible 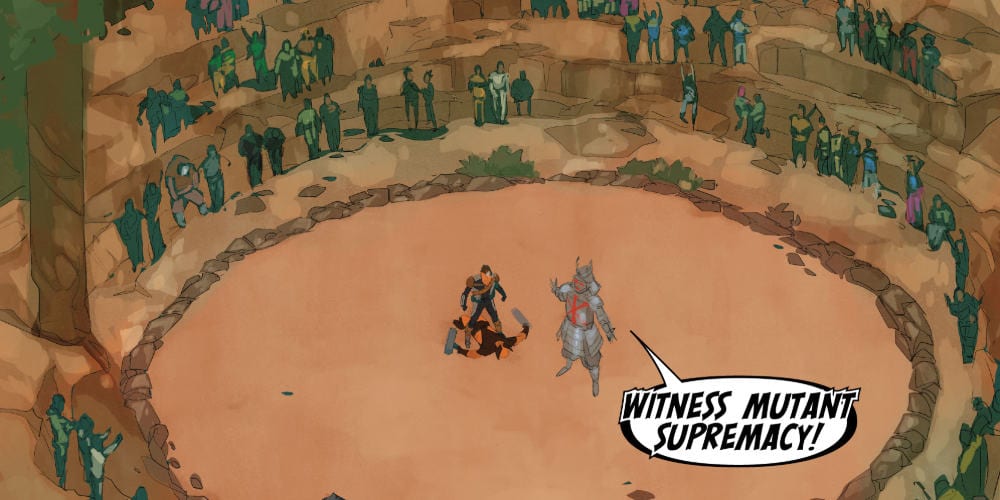 So say we all! (Image: Cable #1, by Gerry Duggan and Phil Noto, Marvel Comics)

In fact, can we just get a monthly book about Silver Samurai hosting Dojo battles? It doesn’t even need a plot, just show some intense matchups. Or just show Pyro getting his ass kicked over and over again, which is apparently a regular occurrence on Krakoa. And how did Magik get disqualified in that first battle with the Gorgon? Even as backup stories, these matches would be a great way to explore characters we hardly see. And who wouldn’t want to see the match between Calisto (who is an MFC—Mutant Fighting Championship—badass) fight Jumbo Carnation? 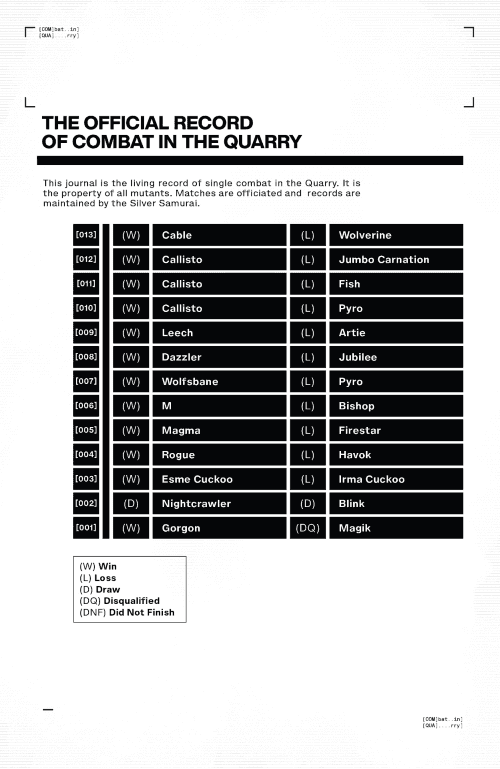 Who do you want to see fight next? (Image: Cable #1, by Gerry Duggan and Phil Noto, Marvel Comics)

Oh, but It Wouldn’t Be Cable if It Duggan and Noto Didn’t Make it a Little Convoluted (SPOILERS)

Everything seems reasonably straightforward in Cable #1, as if Duggan and Noto are just establishing Kid Cable’s feet in this new era of X-Men. But that just doesn’t work for Cable. This is the guy who traveled to the future and fought a humanoid cockroach army side-by-side with a toddler. Does anything about that sentence indicate that a Cable story is going to be an ordinary story? It’s at this point in the narrative that we run into a talking fire-lobster-thing. Lobster is pissed. Someone attacked their “sovereign lands.” Who else would it be? 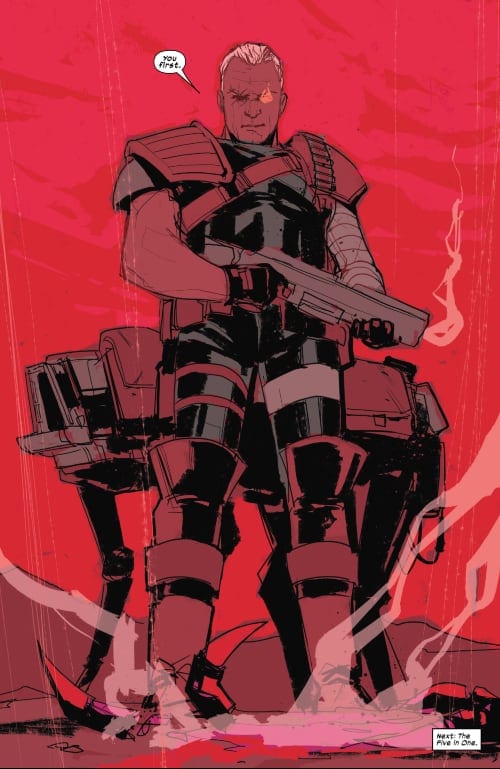 Old Man Cable…with a mechanical horse covered in pouches because what else would it be covered in? (Image: Cable #1, by Gerry Duggan and Phil Noto, Marvel Comics)

Marvel
Who Is Gamora: Thanos’ Daughter Who Transformed To Protect The Galaxy
Marvel
Who is Star-Lord? Let’s Get To Know The Guardians Of The Galaxy
COMICS
Who Is Will Eisner? And Why Is There An Award In his Honor?
COMICS
Who Is Brian Bolland? From Judge Dredd To The Killing Joke
COMICS
Who is Bill Finger? The Co-Creator And Mastermind Behind Batman
Marvel
Who Is Wiccan? One Of The Most Powerful Magicians In The Marvel Universe