More Black Comic Book Creators Are Making Comics Than Ever Before

Home » COMICS » More Black Comic Book Creators Are Making Comics Than Ever Before, and That Matters

More Black Comic Book Creators Are Making Comics Than Ever Before, and That Matters 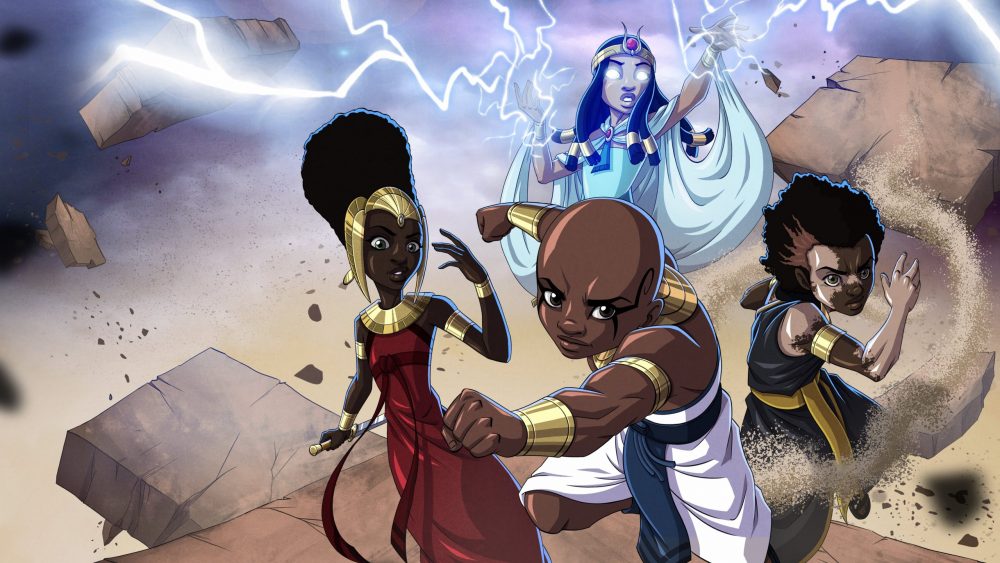 Think back to all of the films you have watched that put a spotlight on Black individuals. Many of them have been critically acclaimed, have succeeded at the box office, and settled in as memorable films. But what are most of them about? Some of the most recent award-winning, high-profile films, like 2018’s Green Book, 2013’s 12 Years a Slave, 2011’s The Help, and more, all focus on Black stories, but they are designed to focus on struggles, racism, and often, White Saviors. What about the millions of other themes that Black stories can focus on? Fortunately, plenty of Black comic book creators are taking a stand and telling the stories that have gone unheard of for too long.

Stories about slavery, racism, and movements within Black cultures are all important in retelling history. People need to keep learning to prevent injustices from continuing to happen. But so many stories about a population are being told in the constrictions of negative past light. This prevents people from the celebration and joy that comes from watching movies about people similar to you. We need stories about all sorts of populations, from BIPOC and LGBTQ+ communities, that focus on strengths, love, and light. Not how hard these folks have had it in the past and continue to have in the present.

So, who are we relying on to tell these stories? After all, it seems as if Hollywood has been too slow to take them. The recent success of Black Panther certainly helped show that this content is wanted. With a predominantly Black cast and crew, the film earned seven Best Picture nominations, dominated the box office, and inspired creators worldwide. But this is only one of many Black stories, and there are even more indie ones waiting to be read. Making Content Worth Consuming For Everybody, But Especially Black Comic Book Readers

A recent Los Angeles Times spotlight took a look at various comic creators looking to shake things up in the industry. Manuel and Geiszel Godoy of Black Sands Entertainment are continuing to fight for inclusivity within artistic voices. Citing Tyler Perry as inspiration for their model, they seek to help “everybody win” by growing the niche of comics by and for Black artists and writers. By doing so, their success will encourage future creators to work hard and show up without having to face barriers.

And the content they’re creating? It’s not rooted in colonialism and Eastern powers. There is a focus on “tales of Africa before slavery.” The reason behind this is about far more than wanting to tell stories that aren’t often told. Rather, it’s to prove that “you no longer have to walk through the gate they build in order to get on to the main stage,” as Manuel Godoy explains.

Some of the upcoming stories being told include Vita Ayala’s Submerged, Hot Comb by Ebony Flowers, and Micheline Hess’s Diary of a Mad, Black Werewolf. Take a look at the kind of content they’re producing below!

These stories go far beyond the common topic of comics: superheroes. They tell real stories about real people, free from the expectations of white audiences and creators. They provide fantastic entertainment to target audiences. Additionally, they serve as a reminder that it shouldn’t take another Black Panther to make audiences realize how many fantastic Black stories are out there.

Black Stories Can Be Made For Black Audiences, But Everyone Can Enjoy Them

First and foremost, the goal of Black Sands Entertainment appears to be creating content for people who are not often catered to by larger houses. For too long, movies about Black people have been made for white audiences. As mentioned above, the White Savior trope, where non-Black characters come to the “rescue” of those struggling, continues to be overused. And it’s not just in film and television but remains present in white-written comic books. This takes away the agency and independence of their neighbors. It lets white audiences give themselves a pat on the back for “learning.”  In reality, this trope further encourages stereotypes. Similarly, it limits the type of stories being told and funded.

Black Sands Entertainment has been growing since its inception in 2016. With more than 60,000 books sold, they are ready to remind readers what kinds of stories are out there and continue to prove that audiences are growing. We’re excited to keep cheering on the growing body of work coming from Black comic book creators. Big comic book players like DC and Marvel are learning, and progress like Nia DaCosta becoming the first Black female director of a  Marvel film is happening. But companies like Black Sands aren’t okay with the waiting game. They know that this progress is hundreds of years too late.

Readers, what is your favorite comic book made by a Black creator? Share your reading list with us in the comments!