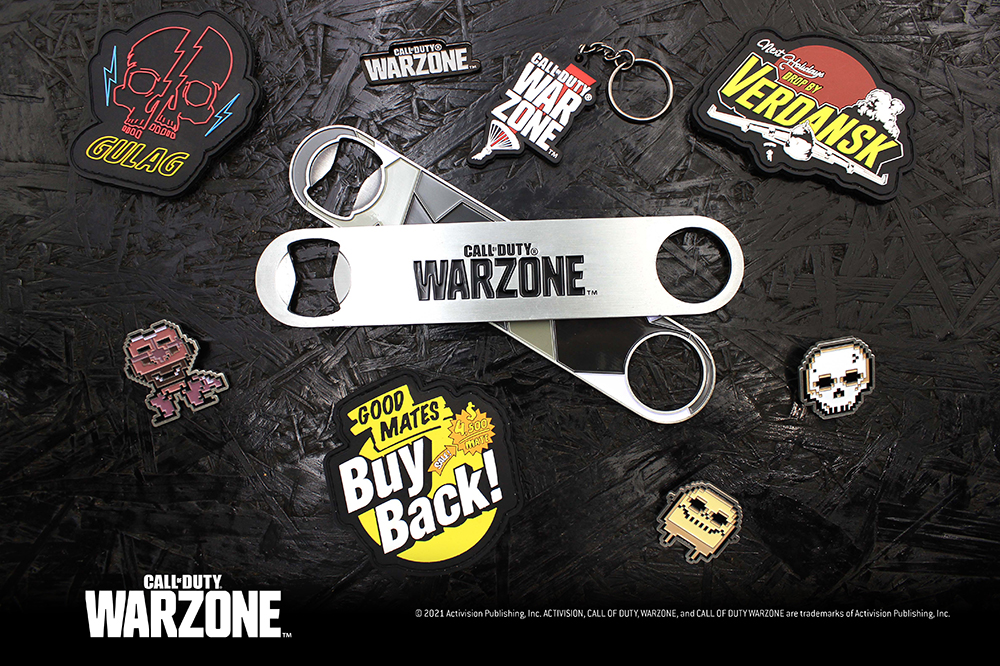 Everybody loves a good merch drop. From our favorite games to movies, bands, and more, it’s a great way to show off your fandom. Plus, a lot of times it’s beneficial to the team behind the merch to get some financial support for future projects. While Activision might not seem like it needs your money, especially after Microsoft acquired Activision Blizzard for nearly $70 Billion this past week, merch is still fun. The new lineup of Call of Duty collectibles for Vanguard and Warzone offer some great merch options for the mega-fan. With a lot to choose from and plenty to collect, this is a great opportunity to sport your fandom anywhere you go. If you’re curious about the lineup of goods, then let’s talk about what’s new from this Koyo and Activision collaboration. 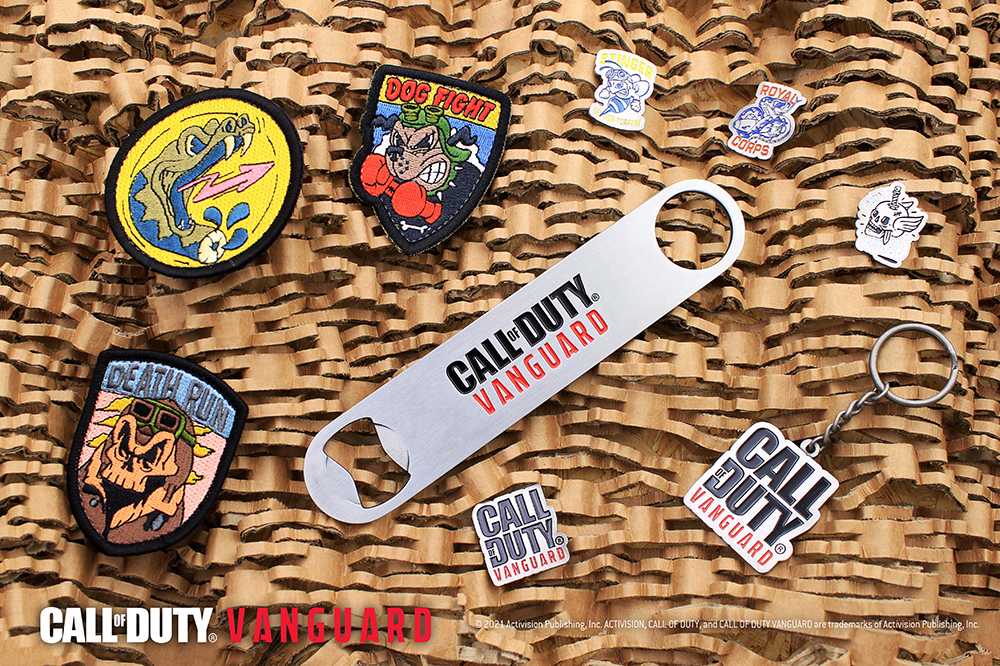 The new drop of Call of Duty collectibles will soon be up on the Koyo Store and features merch from the two biggest games in the franchise. January 22nd brings Call of Duty: Vanguard goods while February will be the debut of the Warzone line. Both games are hugely important in the FPS genre and gaming industry as a whole. Warzone was far from the first battle royale but it certainly gave Fortnite a run for its money. Not to mention, Vanguard might be my favorite Call of Duty in recent memory. I appears sales might have floundered, but I still think it was really well done.

The Koyo drop includes a ton of great merch from Activision’s biggest game. Fans can pick up Logo Pin Badges, Logo Keyrings, Bar Blade Bottle Openers, Patch Sets, DIY Pin Badge Sets and Tomogunchi Pin Badge Sets. I think everything looks really great and would definitely be fun to collect. In particular, I think the patches would look fantastic on a jean jacket. The bottle opener is a great addition to a home bar as well.

Overall, these aren’t the major figurines and statues we’re used to seeing. For that, I’m actually sort of relieved. Those figures can cost hundreds of dollars and sort of price a lot of fans out of buying them. If you’re looking to by something a bit less expensive but still cool, then this is the merch drop for you.

A Busy Week for Call of Duty 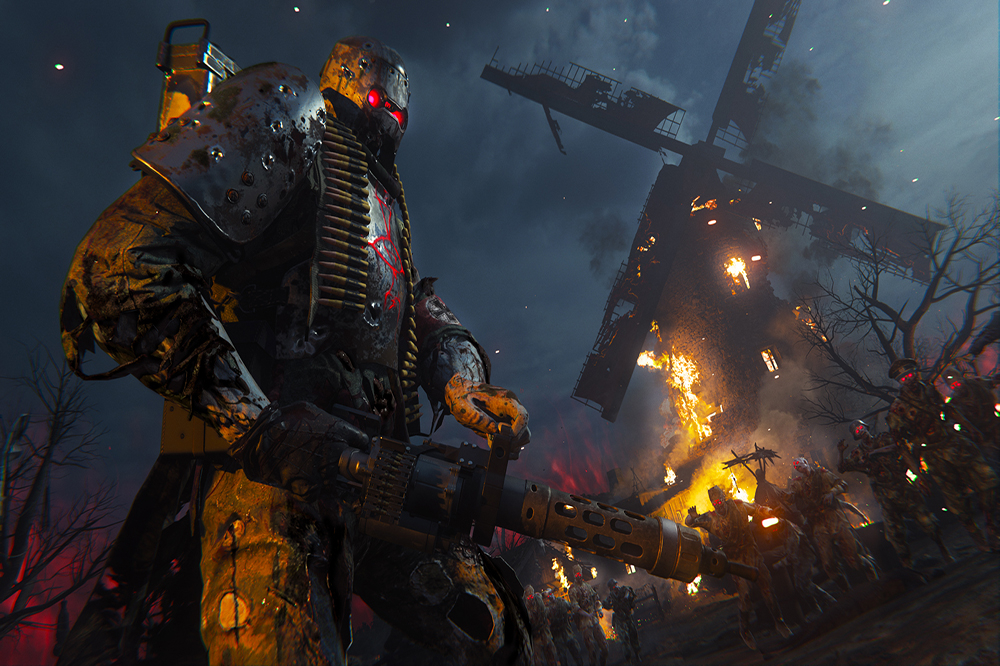 The Call of Duty franchise started strong many years ago. Today, it’s a global phenomenon. Between Call of Duty Mobile and the games featured in this merch drop, millions play every day. Of course, it’s been a busy few weeks for the series too. A surprise announcement of Call of Duty Attack on Titan DLC shocked many gamers and anime fans last week. Plus, Activision Blizzard is now a part of the Xbox Game Studios family. What a time to be a fan!

Of course, there’s a lot up in the air for Call of Duty right now. Rumors that the next mainline game might come earlier in the year than usual worries some. Does that mean it’s getting rushed? Well, we won’t know until we see it. That said, the pressure might lessen now that Xbox and Phil Spencer are in control. Rather than move to release a new Call of Duty every year, they might switch to every other year. The possibilities and room for improvement is endless.

There’s simply no denying how influential this series is. Of course, merch featuring Vanguard and Warzone collectibles will be hard to pass up for fans. Additionally, they may make for a good investment down the line as well.

Are Game Collectibles a Good Investment? 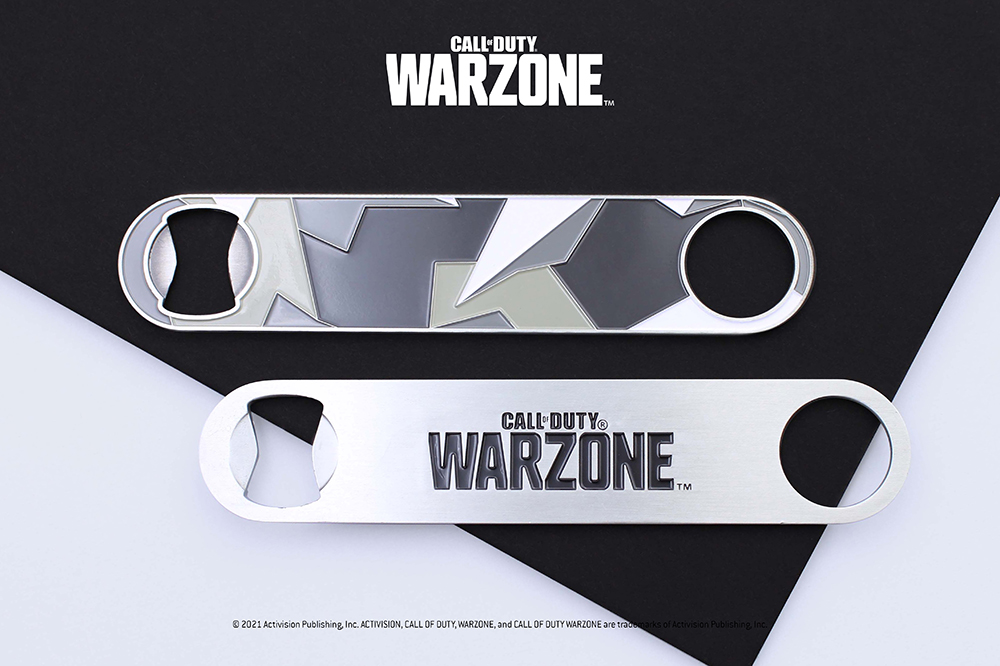 With the new lineup of Vangaurd and Warzone collectibles, you might be tempted to pick some up for yourself. Some might even look at these as a good investment opportunity. Why would that cross my mind? Well, the market for things like video game collectibles is huge right now. A story in The Athletic last fall detailed the pandemic’s impact on collectibles and retro video games. It’s everywhere you look too. Even people on Facebook Marketplace know now that video game merch and software goes for a prime rate in 2022.

While that makes it hard to find retro stuff, it can also mean there’s opportunity in new collectibles for games like Call of Duty. It’s not a given, but fans will always love merch from their favorite games. If you buy something like the bottle opener now, then who knows what it might be worth in five years. When asked about the new collaboration, Koyo COO Helen Garlick said it best. “Our aim is always to deliver what our fan communities want, and Call of Duty has been on many wish lists for a long time, including ours! We’re sure Vanguard and Warzone players everywhere will love these items – and we have more planned for the coming months,” Garlick explained.

If this first drop of merch ends up becoming a line, then collecting them all could yield a big reward. If you’ve been looking at Warzone and Vanguard collectibles, then this is a merch drop you don’t want to miss!

A Bong Joon Ho Robert Pattinson Movie Is Coming From Warner Bros.
Death Of The Justice League Kicks Off DC’s Next Event – But Why Does It Feel So Familiar?