The Kingkiller Chronicles New Story Is Coming From Pat Rothfuss

Home » Books » A New Story In The Kingkiller Chronicles Is Coming From Pat Rothfuss (No, it is not The Doors of Stone)

A New Story In The Kingkiller Chronicles Is Coming From Pat Rothfuss (No, it is not The Doors of Stone)

Fans have been eagerly awaiting the next installment in Pat Rothfuss’s excellent Kingkiller Chronicles for years. And this week the author announced a new story set in the world would be arriving. Unfortunately, this story is not the third book – The Doors of Stone. Instead, the story will focus on a group of students at the The University’s Arcanum. A location that is heavily featured in the Rothfuss’s book The Name of the Wind. 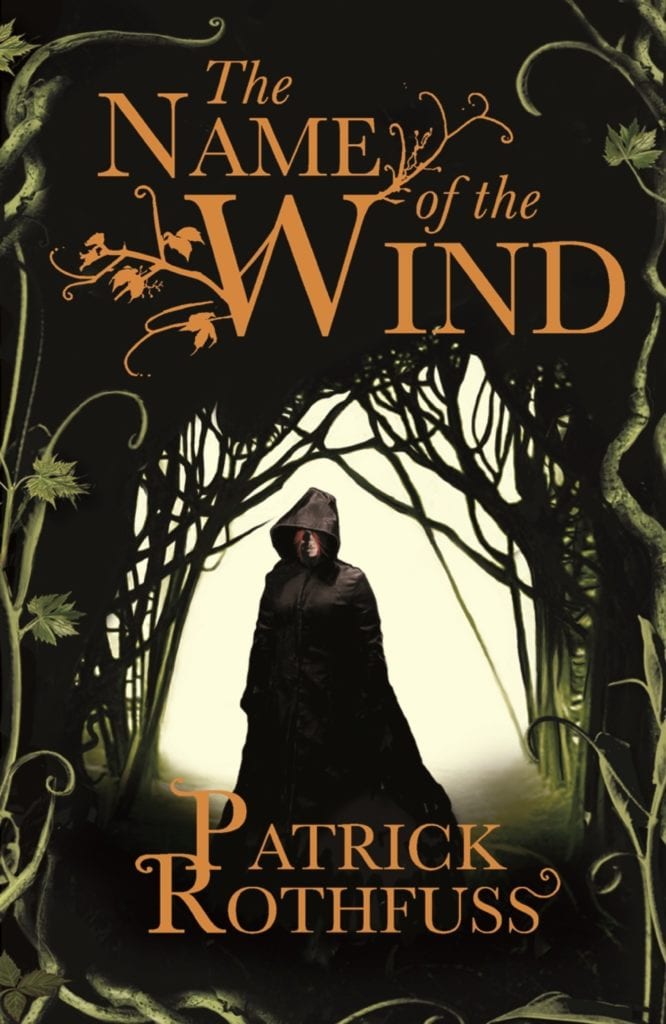 A New Story From Pat Rothfuss via One Shot Podcast

The story arose out of a playtest of a Kingkiller Chronicles role-playing game that Rothfuss is developing with James D’Amato who hosts the One Shot podcast. The story will unfold across episodes of the podcast, with new chapters arriving every Monday. The synopsis tells us a bit about the story, and who is ‘playing’ the characters.

“Four students in The University’s Arcanum get unlucky draws for their tuition interviews with the masters and have to reckon with the possibility of taking a semester off. The well-intentioned Volli (Patrick Rothfuss), the bookish and distractible Garlich (Bee Zelda), the prideful and stylish Amara (Satine Phoenix), the irrepressibly rebellious Chett (Liz Anderson), and the biggest horse you’ve ever seen.”

Author Pat Rothfuss has often spoken about how roleplaying games have influenced his writing and shaped his books. He spoke about the RPG game and the podcast, and how this gives him the opportunity to explore new areas of the world he created in The Kingkiller Chronicles. “Telling stories like this will give me a chance to show off corners of my world that don’t appear in my novels.” Rothfuss state. “It’s playful and collaborative in a way that I really miss. Most importantly, these are stories that will let people spend time in my world sooner rather than later, while they’re waiting for the next book to come out.”

How long we will continue to wait for the next book to come out is still unknown. It has been almost a decade since Rothfuss published the second book in his (alleged) trilogy. The Wise Man’s Fear came out in 2011, and fans have been impatiently awaiting the third book ever since.

This is not the first time that Rothfuss has put out a new story in the world of Temerant that is only tangentially related to the rest of his trilogy. In 2014 he published The Slow Regard of Silent Things. That novella that focuses on the mysterious character of Auri, a resident of the University’s Arcaneum who has been drastically changed by magic. This was a lovely little story that filled in some of the gaps of Kvothe’s story, but it didn’t really do much to further the plot of the books. I suspect that Rothfuss’s new story in collaboration with One Shot will be similar. But it is good to know that Rothfuss is at least working in the world he created in Name of the Wind. Hopefully playing through the RPG will give him some inspiration to finish the trilogy he started so long ago.

Until then you can listen to the first episode of One Shot podcast and experience this new story with Rothfuss himself playing one of the roles.