Home » Books » Daughter of the Moon Goddess by Sue Lynn Tan Is An Epic Reimagining of Chinese Mythology: Book Review

Daughter of the Moon Goddess by Sue Lynn Tan Is An Epic Reimagining of Chinese Mythology: Book Review

Daughter of the Moon Goddess by Sue Lynn Tan is another stellar addition to the long list of fantasy novels inspired by non-western culture and mythology. The novel is the first installment in a planned duology, and it is a remarkable debut from author Sue Lynn Tan. Let’s delve into Daughter of the Moon Goddess and see what sets this fantasy novel apart from all the others.

Drawing From Chinese Mythology In Daughter of the Moon Goddess 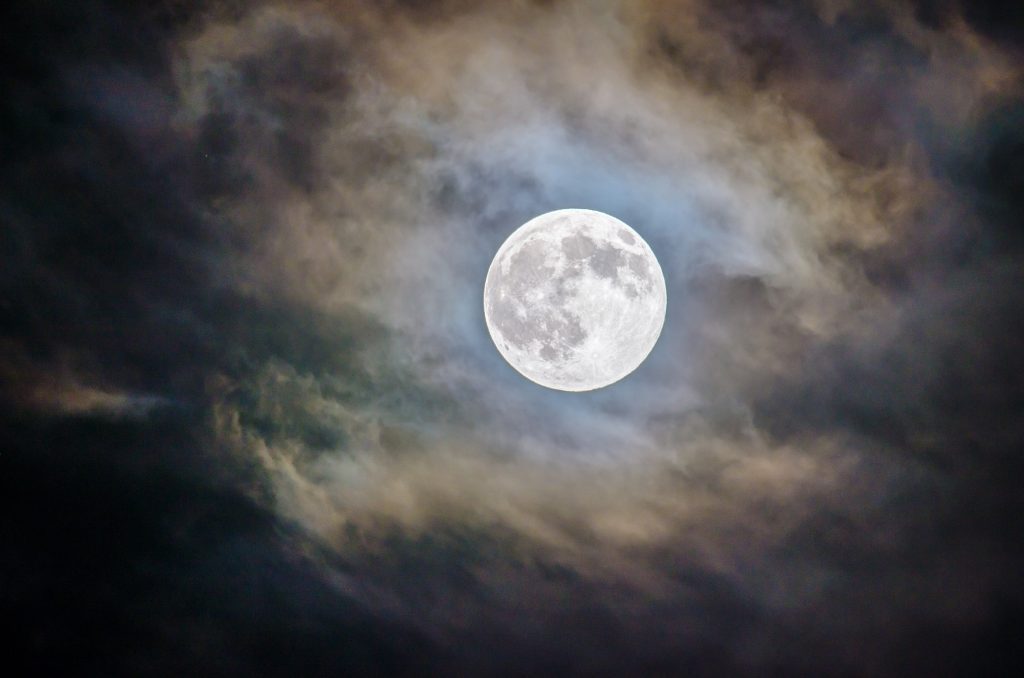 Photo by Ganapathy Kumar on Unsplash

The story in Daughter of the Moon Goddess centers around the character of Xinying, an immortal whose existence has been kept secret from the higher powers in the Celestial Kingdom. Her mother is the moon goddess, but only gained that position when she drank an elixir meant for her husband – a legendary hero. She gained immortality, but lost her husband and the mortal life she had always known. The “gods” (called Celestials) were angered by her actions, and imprisoned her on the moon. She became a goddess, but at what cost?

Author Sue Lynn Tan weaves a beautiful tapestry of magic and mythology in Daughter of the Moon Goddess. The prose is lyrical and melodic, like an epic poem or ballad. But the story is also a reasonably fast-paced adventure novel. There is plenty of action with monsters out of legend rearing their heads often. Tan draws upon her own culture for this story, plucking creatures and figures out of Chinese mythology and seamlessly integrating them. The story is based on the legend of the Moon Goddess, but turns it on its head by envisioning the story from the perspective of Chang’e’s daughter.

A Daughter’s Quest To Free Her Mother

Photo by Zhang Kaiyv via Unsplash

Xingyin grew up unaware of her mother’s history, content to live with her mother and a faithful attendant in isolation. But when her own magic starts to awaken, the secret of her existence threatens her own life, along with that of her mother’s. Xingyin flees her home, landing in the Celestial Kingdom. There she swears to find a way to free her mother from bondage, and embarks on a journey to gain knowledge and power.

It is in the kingdom of the Celestial Empire that Xingyin discovers her magical talents, along with an almost supernatural skill for archery inherited from her long-lost father. She becomes obsessed with making a name for herself, becoming a hero of such renown so she can request a boon from the Emperor. This is the only way she can think of to free her mother, and her daring exploits are a joy to read.

Every character in this book is compelling, from the mysterious Empress who hates Xingyin, to the earnest Prince Liwei who strives to do good. The world is vividly built, with complicated political struggles and a deep history that affects every character in the present. Daughter of the Moon Goddess addresses issues of identity, heroism, and love at the heart of its characters. But it also asks burning questions about imperialism, the nature of gods, and how stories can turn into legend.

Compelling Characters Are Key In Daughter of the Moon Goddess

Photo by DAN MA via Unsplash

The love story in the book also feels well-earned. The love triangle that emerges may be frustrating for some readers. But it actually made a lot of sense to me. Xingyin is torn between two sides of herself, and is struggling to maintain her identity while harboring secrets about her origins. Each of her love interests represent something about herself, different paths that can be taken and different people she can become. It is easy to see why she is drawn to both. But her own mission takes precedence over any matters of the heart. It is Xingyin’s love for her mother, and her desire to free her that is her strongest motivation. And as such, it is the mother/daughter relationship that is the most important in the narrative.

Given the importance of the mother/daughter relationship, I would have liked to see more of their interactions in the book. But since Xingyin must leave her mother in order to save her, their time together is cut short. Instead Xingyin longs for her mother, and the simple life they shared together. She wants to free her mother out of love for her. But also out of a sense of duty and honor. Xingyin knows that what happened to her parents was unfair. And she has felt firsthand cruelty of the Emperor and Empress. Yet she must work for them, in order to achieve her goals. This leads to an uneasy divide in Xingying’s heart, her love for her mother battling with her growing hatred of the Empire itself.

Looking Forward To The Sequel To Daughter of the Moon Goddess

Image by Jonas Jacobsson via Unsplash

The narrative also gives Xingying a lot of time with her male love interests. However, I would have liked to see more of her relationships outside of these characters. She develops a couple of close friendships with other women over the course of the novel. But the scenes with her and the other female characters are few and far between. Hopefully this is something that Sue Lynn Tan will bring into the second book of her duology. The friends that Xingyin makes are compelling characters on their own, with fascinating backstories. It would enrich the world greatly to see more of their stories, and understand what life is like for women in the Celestial Kingdom.

The untitled second book of this duology releases later this year. I hope that it will continue the story of Xingying, and show us more of her adventures in the Celestial Kingdom. Daughter of the Moon Goddess does a great job of tying up most of the loose ends. However, there are still a few unanswered questions that could be explored further in another installment.

Daughter of the Moon Goddess by Sue Lynn Tan is already one of my favorite novels of 2022. The author is a refreshing new voice in the realm of fantasy fiction. Her developed style creates beautiful prose and vividly brings this Asian culture and world to life. I look forward to seeing what Sue Lynn Tan will do next, and what other mythology she might reimagine.

Daughter of the Moon Goddess by Sue Lynn Tan is a novel out now from Harper Collins. We recommend this title for anyone who is a fan of mythology driven fantasy, or Asian inspired worlds. Fans of Circe by Madeline Miller, or The Bone Shard Daughter by Andrea Stewart will find a lot to love in this debut novel.