Andy Serkis has become synonymous with The Lord of the Rings ever since appearing in Peter Jackson’s film trilogy. Serkis has embodied the role of Gollum in all six movies directed by Jackson. Earlier this year, Serkis also did a live-read of The Hobbit in one sitting to raise money for Covid-19 relief. And it looks like publishers were a fan of Serkis’s rendition of the book, as he will now narrate an official audiobook of The Hobbit as well.

We are delighted to announce the release of a brand-new audiobook of The Hobbit, read by @andyserkis!

Listen to an extract from this magical recording, and pre-order here: https://t.co/MhvQ2ZhEZx pic.twitter.com/ahBT4azXZ6

Harper Collins UK announced the news this week, indicating that the audiobook will be out in September. This is great news for anyone who missed Andy Serkis reading The Hobbit for charity. It looks like only the last two hours of that marathon reading session are still available on YouTube. 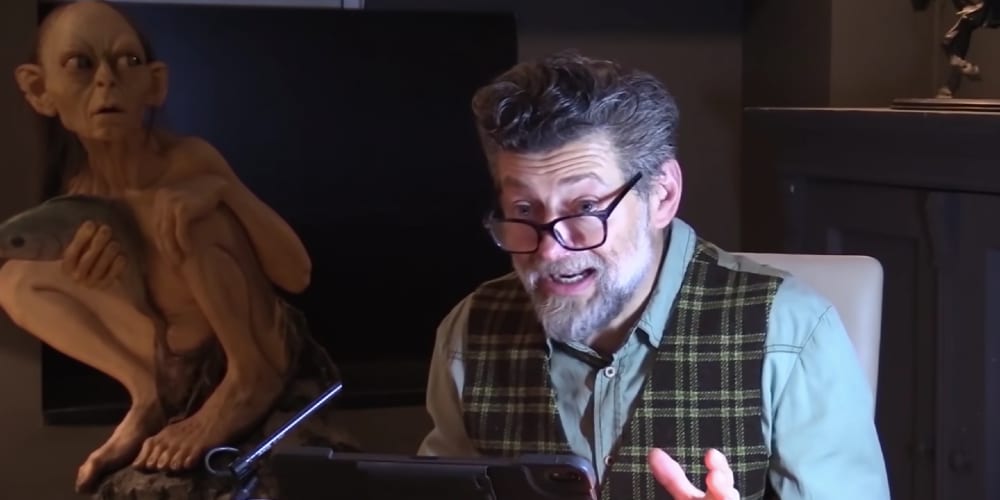 Andy Serkis brought Gollum to life in Peter Jackson’s Lord of the Rings and Hobbit films. His distinctive vocal style marked the character for an entire generation of fans. And his renowned motion capture performance was groundbreaking, as yet unmatched in the world of cinema. Serkis’s skills as a character actor come in handy when narrating a book. He is not only bringing Gollum to life, but also the characters of Bilbo and the dwarves. Luckily Serkis has plenty of experience immersed in the  the other characters, given his long-term work on the films. We are sure that he will do the late Ian Holm proud with his take on the iconic character of Bilbo.

Many Of The Recent Tolkien Readings Raise Money For Charity

Serkis also reunited with his Lord of the Rings cast members recently on a video chat to raise money for charity. The reunion was part of actor Josh Gad’s ‘Reunited Apart‘ series that brings together the cast and crew of old movies for discussion. That video helped raise money for the charity ‘No Kid Hungry.’ In a similar vein, the new audiobook for The Hobbit will raise money for Disasters Emergency Committee. Andy Serkis has already donated his reader’s fee to the charity.

The audiobook version of The Hobbit read by Andy Serkis will be out on September 21, 2020 from Harper Collins. You can pre-order it today through Audible. Are you excited to hear the Andy Serkis version of the The Hobbit? Join the conversation with Comic Years today on Facebook and Twitter.