It appears that the Caped Crusader is taking over podcasts and we’re not just talking about the Comic Years discussions we’ve recently had. Two years ago, when everyone was hunkering down in their homes baking bread and probably watching a ridiculous amount of TV shows, Spotify announced other pandemic-friendly news: they were teaming up with Warner Bros. and DC Entertainment to bring podcasts about DC characters to listeners everywhere. The podcast episodes would be exclusive to Spotify and would delve into the conversations that some of the most popular DC characters could potentially have. Think being a fly on the wall as Superman talks to Wonder Woman, or something along those lines. Rather than hearing people talking about movie spoilers or dissecting the latest episode of a hit series, the DC Spotify podcasts would feel more like an audiobook. It was confirmed that the plots aren’t going to follow existing media, so DC fans would be getting completely new stories! Anyway, things are finally taking off because Spotify recently set a premiere date for the first of their DC podcast series, Batman Unburied, which will dive into the dark recesses of Bruce Wayne’s mind. So what’s the update on the Batman Unburied podcast premiere date?

When Is The Premiere Date And What Can We Expect? 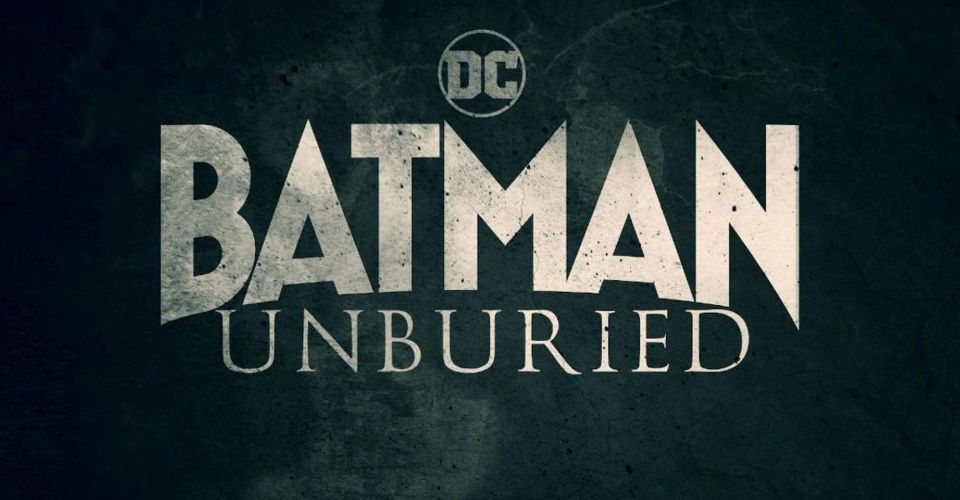 A serial killer terrorizes Gotham City, but Batman is not coming to the rescue. In fact, Bruce Wayne has no memory of being the Caped Crusader at all. To find out why, Barbara Gordon seeks help from Gotham’s second smartest detective: The Riddler.

A former logline for the podcast describes Bruce Wayne as a “forensic pathologist, working in the bowels of Gotham Hospital and tasked with examining the victims of The Harvester, a gruesome serial killer preying on Gotham’s citizens.” It’s pretty exciting for Batman fans, especially since Matt Reeves’ The Batman just recently came out and the Batgirl HBO Max movie is coming later (possibly December) this year. Will it be Batman overload? Possibly. In all honesty though, I highly doubt that fans will think Batman Unburied is repetitive. As mentioned before, this Spotify podcast is going to focus on completely new stories and will have a supervillain who hasn’t been seen in any Batman movies before. As Peter Girardi, EVP of alternative programming for Warner Bros. Animation, said:

“David Goyer, this amazing cast and the entire Batman Unburied team have created a Batman experience that stretches the narrative podcast medium to new levels along with your expectations on how immersive and compelling a Batman story can be. I could not have asked for a better way to kick off our creative partnership with Spotify.”

Batman Unburied will star Winston Duke (Black Panther) as Batman as well as Gina Rodriguez (Jane the Virgin) as Barbara Gordon and Hasan Minaj (The Daily Show) as the Riddler. Joining these three main characters is Harry Potter actor Jason Isaacs, who will voice Bruce Wayne’s butler, Alfred, Sam Witwer as The Harvester, Lance Reddick as Thomas Wayne, Toks Olagundoye as Martha Wayne, John Rhys-Davies as Dr. Hunter, and Ashly Burch as Vicki Vale. The Dark Knight trilogy screenwriter David Goyer is helming this podcast, and Keith Levine and Gracie Wheelan will executive produce for Phantom Four. It’s produced by Toby Lawless and Winnie Kemp for Wolf at the Door Studios, alongside Shaleen Desai, Tyler Dorson and Peter Girardi for Warner Bros.’ Blue Ribbon Content. Liz Gateley and Elena Blekhter will executive produce for Spotify. Batman Unburied is written by Eric Carrasco, Saladin Ahmed, and Rebecca Klingel. You can listen to the Batman Unburied trailer below:

In addition to the English version, Batman Unburied will premiere globally on Spotify with eight localized adaptations of the original script in Brazil, France, Germany, India, Indonesia, Italy, Japan, and Mexico. Each of these versions will feature local original talent and production teams so it’s “specifically crafted to reflect the culture and language that remains true to the core story.”

The Batman Unburied podcast will premiere exclusively on Spotify May 3, 2022.

Are you excited for the Batman Unburied podcast on Spotify? Let us know in the comments below!