Upcoming Anime Releases - What to Watch For - Comic Years

Home » Anime News » Upcoming Anime Releases – What to Watch For

Upcoming Anime Releases – What to Watch For 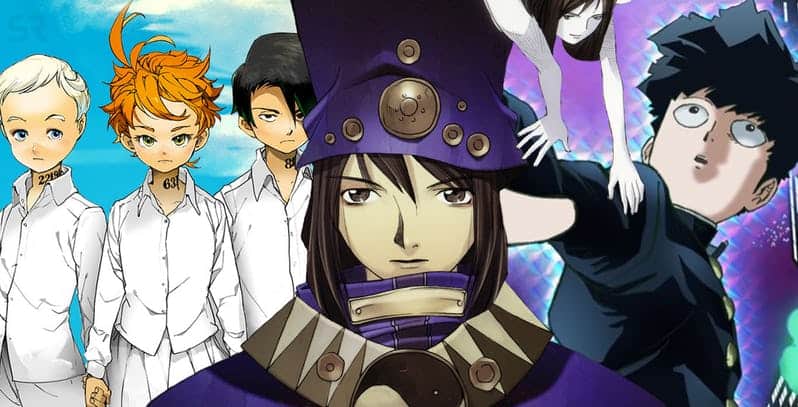 With the summer just around the corner, the fans world over are licking their lips. The Anime universe is getting ready for the newest anime releases. Let’s have a look at some of the highly anticipated and upcoming anime releases of 2019. Fans have a lot to choose from this summer, spring, and winter. Even though not every title has a release date attached to it.

Fruits Basket and Boogiepop Phantom are up for reboots. A new season is also lined up for Mob Pshyco 100. And Chihayafuru also, which no doubt are incredible shows for Anime lovers. The Promised Neverland will also see the light of day and is sure to be a huge success. But wait there’s more! The hot manga classic from the ’60s Dororo from the legendary Osamu Tezuka also getting a new adaptation.

As per industry insiders,  four different Isekai series are getting together for a crossover. The concept has fun and art written all over it. So, no matter where you are from or what is your choice of Anime, 2019 is an excellent year to be alive. Although not on this list of upcoming Anime releases, there are still subsequent seasons of Attack on Titan, Made in Abyss 2 and My Hero Academia which is also on the plate.

Based on the Japanese manga series, written by Kiau Shirai and brought to life by Posuka Demizu presents the story of an orphanage for the year 2045.  The orphanage seems perfect with lots of food and freedom to do whatever the kids want, but with only one stipulation. The kids are forbidden to leave the grounds.

The idyllic world collapses when two kids find the sinister reason behind the no-venture out rule.

Will the innocence of kids survive the horrors that await them?

Considered by many as the father of Anime, Osamu Tezuka created this in the late 1960s. This Japanese manga follows the journey of Dororo, a prosthetic limbed boy whose body parts are sold to the demons by his father. The deal gives him power and might to rule over the land while the demons get a free rein his property.

He is saved by a medicine-man, Dororo ventures to find and destroy the demons and get his body back. How far will the young lad get is the crux of this story.

From the makers of Fate Franchise, we are getting this emotional and action-packed roller coaster. It is a coming of age story for Tanjirou. With his entire family wiped out and a sister who has turned into a demon for company Tanjirou embarks on an epic journey.

Is there any humanity still left in Nezuko? Will Tanjirou get what he seeks?

Revenge is the fire which burns in the heart of Thorfinn. Our young Viking seeks the person who slayed his father and extinguish the pain in his heart. This highly favorite and loved manga from 2005 is brought to life by the Wit studio which is known for Attack on Titan series.

Will Thornfinn avenge his father? What will this do to his soul, is the premise of this Upcoming Anime release.

Scheduled for late April or early May release, this Anime follows the adventures of Saitama, who can defeat anyone with just one punch. Considered by many as one of the greatest Anime’s of the past decade it comes out with its second season.

A new villain is expected to make an appearance this year. With JC Staff taking over from Madhouse as the new animator at the helm, this show can go only one way, and that is up.

A reboot Anime lovers have waited for so long is now on the horizon. Eighteen years after it was introduced to the Anime world, Fruits Basket follows Tohru Honda’s encounter with the mysterious Sohma family. The reboot is expected to bring to light the backstories of the existing characters and maybe introduce new characters.

One of the most significant issues with the original was that it did not fully adapt from the core material of the anime and made some changes in the end too. How true will this reboot remain to the original content remains to be seen?

An Anime with love and war in its title is going to be fascinating. The main characters Kaguya Shinomiya and Miyuki Shirogane develop feelings for each other while being on the student council. But neither is willing to express those feelings and are in a fierce struggle to make the other confess first.

Who will break first and how will it affect their relationship and their duty towards the students is the core of this story.

Who doesn’t like crossovers and especially if it involves Isekai anime leaving their worlds and visiting other series. Fan favorites from Re: Zoro, Saga of Tanya the Evil, Overlord, and Konosuba interact with each other and looks like a mouthwatering treat for the fans of the genre.

There are enough troubles in the world, and if you want a way out, this Anime is the perfect answer. The core of this is about a lonely novelist and his pet cat. It explores their relationship and how they fill holes in each other’s life.

A former stray still suffering from the wounds of the days gone by and a loner could be a tear-jerker too.

Sent 300 years into the unknown future and tasked to save Shibuya from ginormous robotic monsters, Daisuke Toujima, and his friends have their task cut out. And while they battle in the future, a sinister plan is being hatched in their present.

We seem to have a mind-bender at our hands.