The God Of High School Review – Episode One 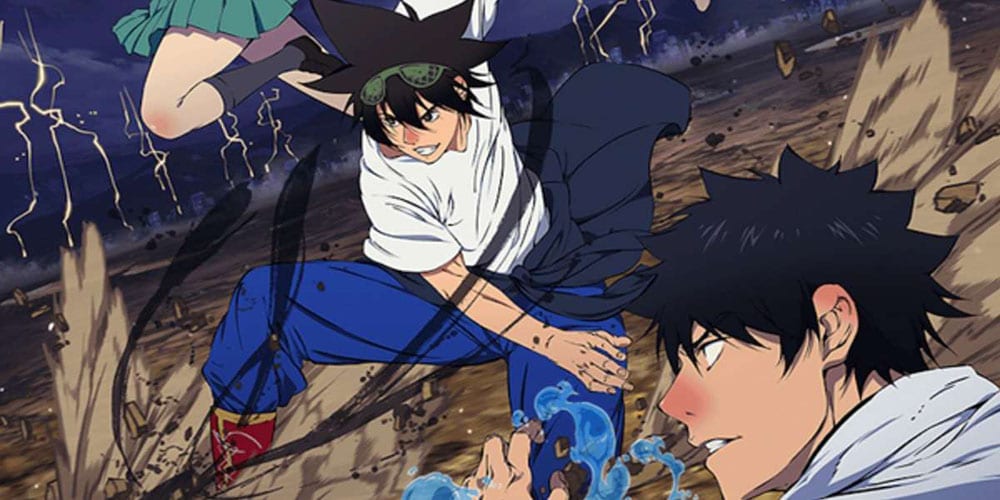 It’s hard talking about new anime sometimes. Each season, tons of new shows come out and sort of overwhelming fans as they pick and choose what to watch. Hopefully, this The God of High School review can help you decide if the show is worth your time.

Episode One of The God of High School – An Amazing Start 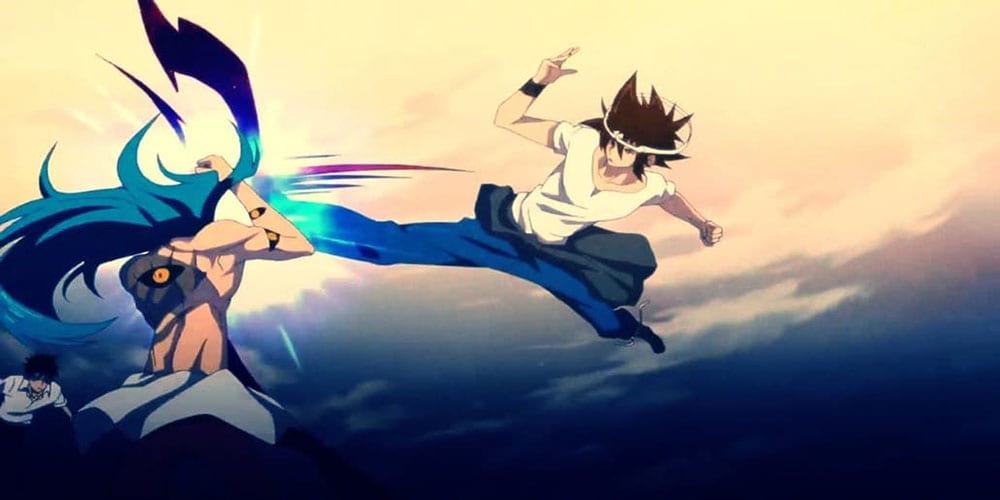 I think I usually want two things from a new anime series. Firstly, I want to have a reason to be excited about episode two. Secondly, I want to learn enough to know what’s happening broadly but also see some mysteries waiting to play out. The God of High School episode one nails both of these elements. From the digital premiere event for the god of high school, we knew the basics. Jin Mo-Ri, a high school student, is chosen among others to compete in a martial arts tournament. The winner gets to have any wish they have granted by a mysterious corporation that runs the event. From the first episode, we didn’t learn much more details about this mysterious group, but we did see what the show has in store for us at least.

From the get-go, Jin is placed into a beautifully animated chase scene as he attempts to get to the competition on time. This insane array of colors and action right out of the gate makes a huge impression on the viewer. This all occurs after a mysterious corporation shows to be controlling the weather to eliminate opponents. Between massive, man-made tornadoes and a wild chase throughout Seoul within the first 10 minutes, the show grabs you immediately.

Strong Leads in Episode One

When the first episode finished, I found myself most impressed with the main characters. A trio of varying personalities isn’t unique, but each lead seems promising. Jin is the heart of the trio, showing a lot of spirit and energy in everything he does. Yu Mi-Ra, the cute girl of the three, is nobody to mess with despite her outgoing looks and personality. Lastly, Han Dae-wi is a stoic member of this quickly thrown-together friend group, who offers fun straight-man energy to the more sporadic antics of Yu and Jin.

MAPPA is the perfect animation team to helm the series. Each character, including fighters we see dueling in the final half of the episode that we don’t know, looks unique and dynamic. There are a lot of things to look forward to in this series, and I feel like as far as the first episode goes, this gets the job done swimmingly.

The God of High School review score is a solid 9/10. Without a huge moment that made me itch for another episode immediately, all other elements are perfect. There are going to be plenty of comparisons to Dragonball Z, but this feels modern and independent in its own right. The captivating concept of a massive martial arts tournament is going to be fun to explore. Especially since the group running it seems to have some insane amounts of power. I’m certainly looking forward to seeing more of this show through the entirety of the 2020 summer anime season.

The God of High School premieres on Crunchyroll today, July 6, 2020.