Seven Deadly Sins: The Four Knights of Apocalypse Gets An Anime Adaptation 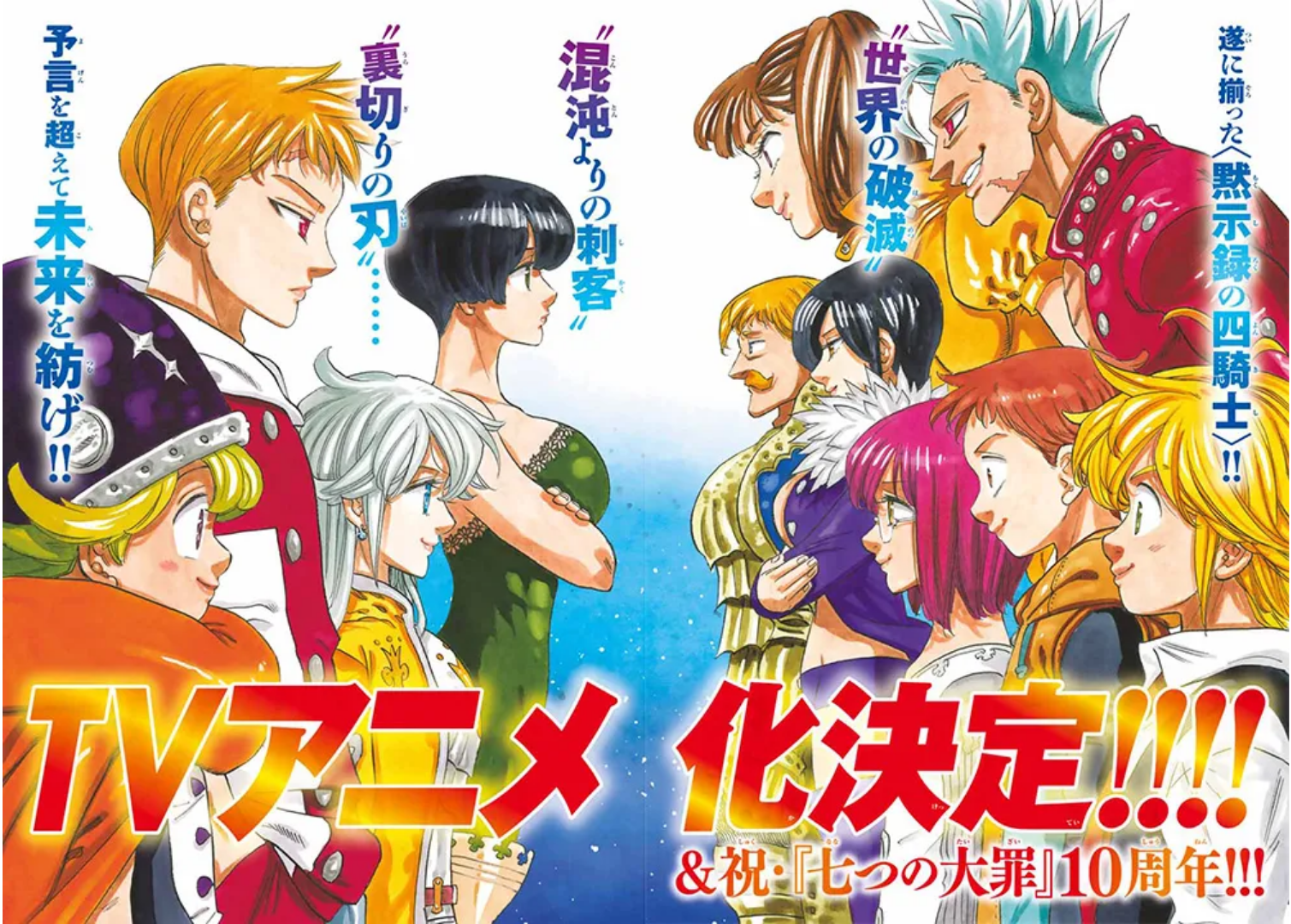 Finally, Seven Deadly Sins sequel is getting its anime adaptation. Yet there are no details yet on The Four Knights of Apocalypse‘s release date.

Nakaba Suzuki made a color page in Weekly Shounen Magazine to announce the news. The color page also acts as a celebratory mark for the 10th anniversary of the series. The color page features the well-loved Sins and Knights facing each other. 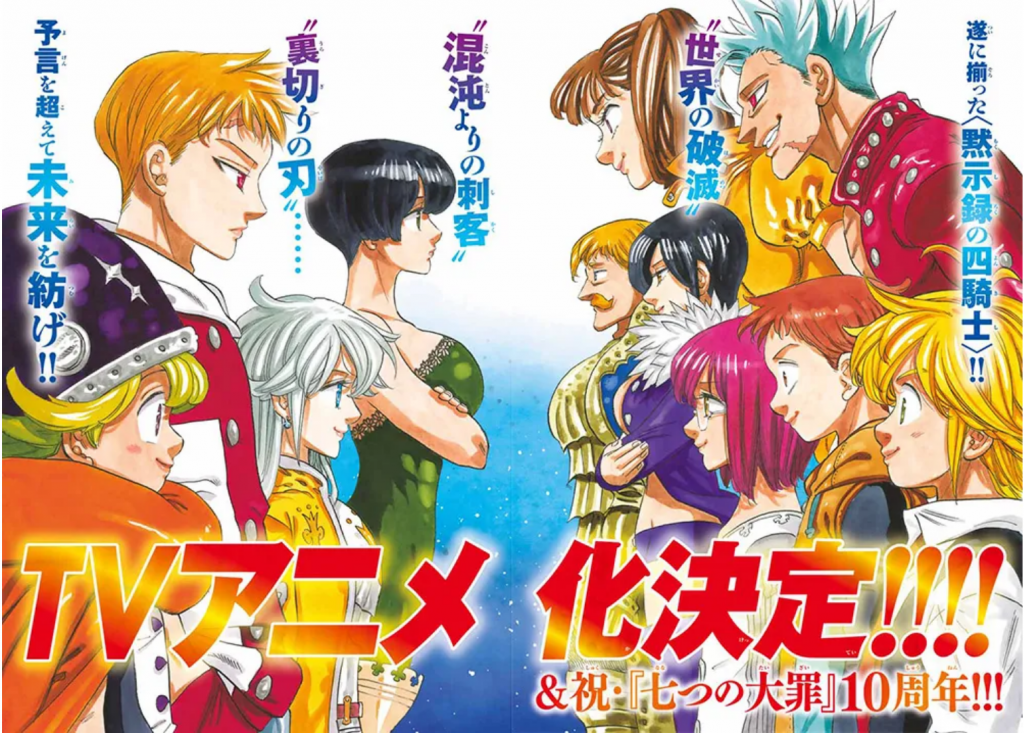 Another teaser visual is out, and it features the sequel’s protagonist Percival with Melodias. 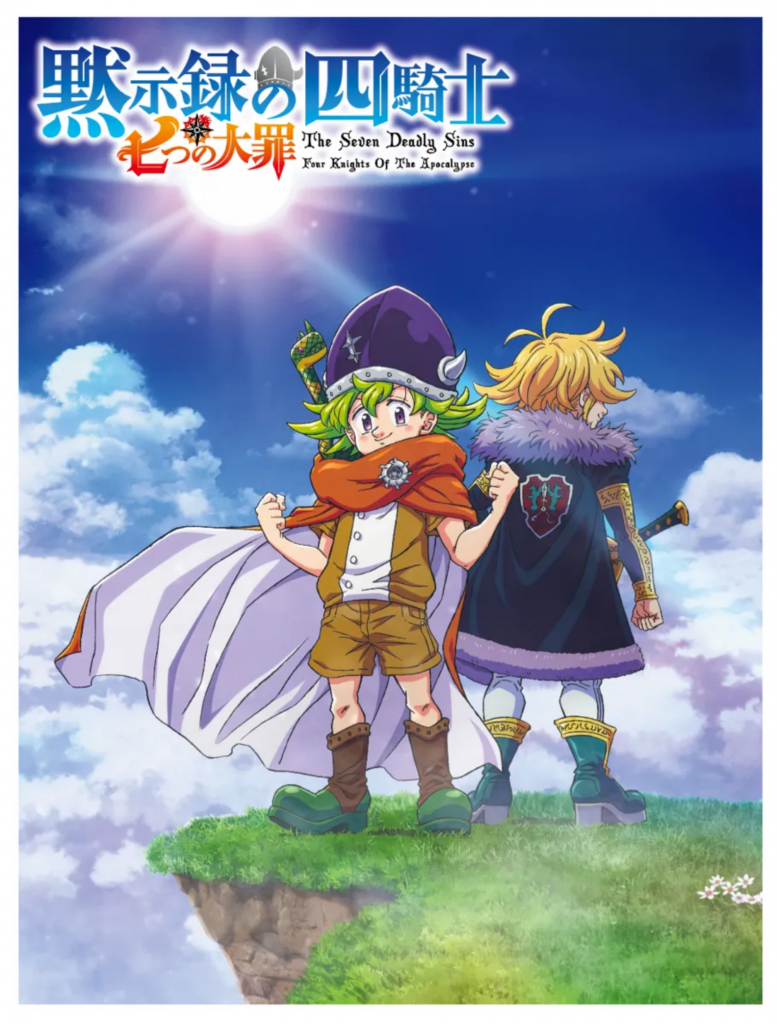 The Four Knight of Apocalypse is the direct sequel to the Seven Deadly Sins by Nakaba Suzuki. The manga started its serialization in 2021, a year after the end of its main series. Since then, Nakaba has continued working on this sequel and now has six volumes out. The 7th volume will be out on may May 17.

Kodansha Comics publishes the sequel both digital and physically. Naturally, the first volume of the manga tackles the origins of its protagonist. Kodansha Comics describes the starting point of the sequel’s story:

Percival has always lived with his grandfather on God’s Finger, a remote haven that sits high above the clouds. And though he loves the simple life, he secretly longs for adventure. But Percival’s life is changed forever when an intruder—who shares a shocking connection with him—tears away everything he’s ever known.

With nothing left to do but chase down the one who took everything from him, Percival sets out on his own. During his journey, the sheltered boy discovers that there are a lot of things he doesn’t know about normal life. Luckily, he meets friends along the way who can help him get by—but how will they react when they find out about Percival’s destiny… and how it’s connected to the end of the world?

The Seven Deadly Sins sequel has been garnering positive reviews from its readers. And it wasn’t much of a surprise that it would finally become an anime. Of course, many fans have pointed out the poor quality of The Seven Deadly Sins anime. I mean we get it, we saw the Melodias memes! But, so far, we don’t know which studio will bring the sequel into animation. We can only hope to get a different studio that will take over this project and give us show-stopping scenes.

Watch previous seasons of the anime on Netflix

But don’t think that the upcoming anime will be the only thing you’ll get. It’s because the Seven Deadly Sins: Grudge of Edinburgh will also premiere this year. This is a two-part animated film and will feature a new original story. Sources say that its story will revolve around the journey and adventures of Melodias’ son Tristan.

The original story debuted in Weekly Shonen Magazine in 2012. The show concluded its story in March 2020 after a solid 8-year-run. Then, the first season of The Seven Deadly Sins aired in 2014-2015. Since then, it has been at the forefront of well-loved shounen animes.

And in case you just miss the old gang, you can always stream theSeven Deadly Sins‘ previous seasons on Netflix. Aside from the anime series, you can also stream Netflix, the show’s first original movie. Seven Deadly Sins: Cursed By Light premiered in Japan in July 2021. The show started streaming on Netflix in October of the same year.

Have you read this sequel to the Seven Deadly Sins? What chapters are you excited to see in its upcoming animation? Please share with us your thoughts in the comment box below!