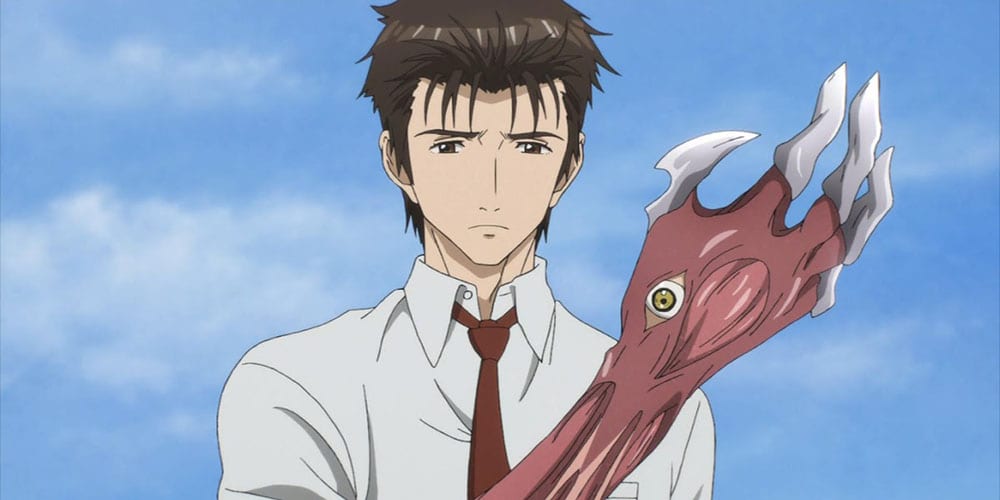 It’s tough to argue that Avatar‘s addition to Netflix isn’t dominating talk about anime on the platform. Still, another popular anime series is now on Netflix as well. Fans of the action-horror series Parasyte are revisiting the phenomenal show yet again. More notably, fans who missed out on the 2014 animated series are finding it to be an incredible story. Much like Neon Genesis Evangelion, the series comes from an older manga series. Whereas some older adaptations feel dated, Parasyte feels more relevant now than ever. Here’s my Parasyte review to help you figure out if you should be watching this 24-episode series.

Parasyte Review – Does it Have Death Note-like Potential?

Heads up: I’m avoiding major spoilers to the plot, but I will discuss themes central to the show. Continue reading if you don’t mind hearing my take on the show’s overarching message. 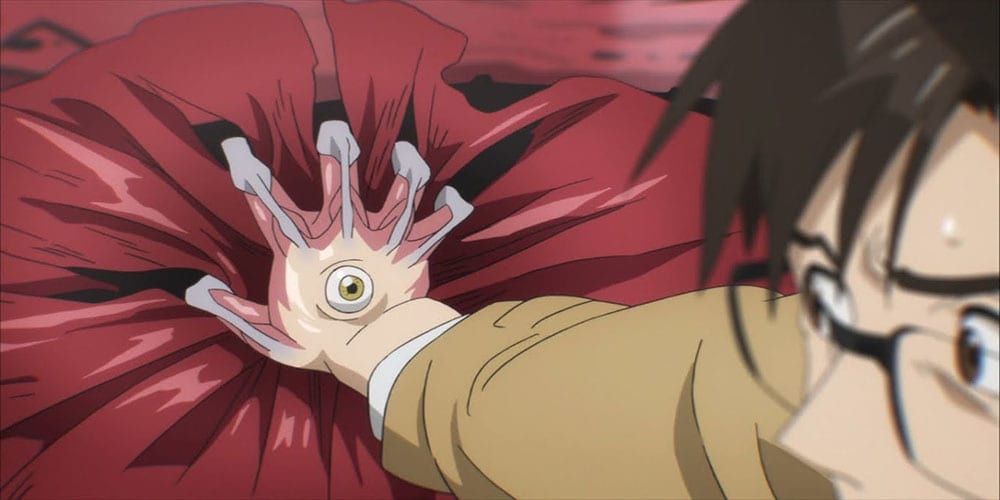 One thing that amazes me about the last 5 years is how much anime grew in Western popular culture. For a long time, anime was something a minority of people watched. Now, some of the most popular shows on streaming platforms are anime. Netflix is a huge reason why anime blew up in the West. Popular series like Attack on Titan, Haikyuu!, and March Comes in Like a Lion found new audiences on the platform. For other shows that already wrapped up, adoring fans streamed the shows more after completion than during its original run. A great example is Death Note (related: check out our post on the most powerful anime characters), which found so much popularity that it spawned a live-action adaptation on Netflix.

I promise this Parasyte review won’t ooze with Death Note comparisons. The two shows aren’t terribly similar in any way other than they pack a mainstream punch. The first issue of Parasyte debuted in 1988, making its 2014 anime adaptation quite the delayed project. With a lot of people newly into anime, this seems like the perfect time to get into the show with its addition to Netflix. So, what’s the show about?

The Plot of Parasyte 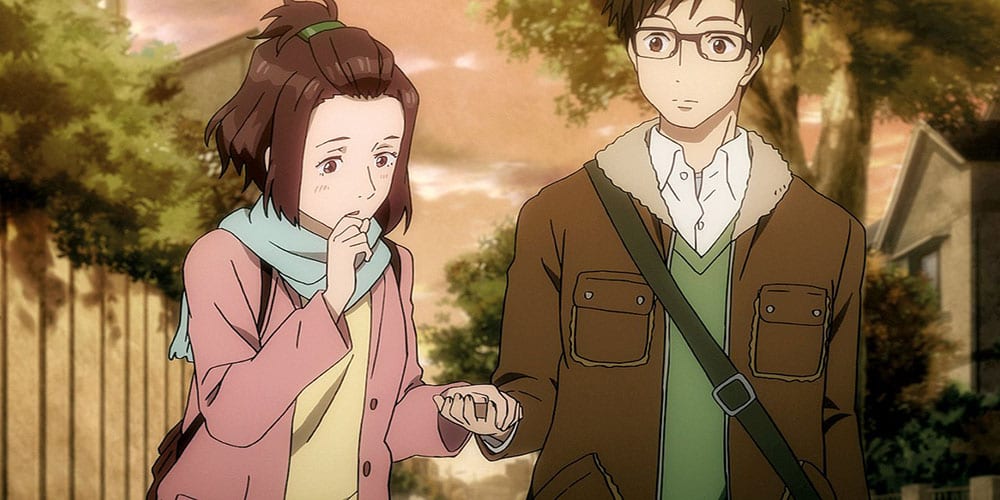 In Parasyte, high school student Shinichi Izumi is infiltrated by a worm-like parasite. As it turns out, the parasite fails to make it to Shinichi’s brain, its target area of consumption, after he wakes up during the process. Settling for his arm, the parasite fails to take over Shinichi’s body, instead of having control over his arm. The parasite reveals itself to Shinichi and explains its one of many parasites attempting to take over human bodies. They have no moral goal or an evil plan to take over the world. They’re just parasites, and like any parasite, they simply want to feed and grow.

Shinichi’s situation is unique and he quickly learns others who fall under the control of a parasite cannot fight against the bloodthirsty urges of their new controllers. The central struggle Shinichi experiences is a question of what makes someone human. As he finds himself increasingly influenced by his parasite, whom he names Migi, he loses a bit of his humanity. He’s suddenly showing less compassion for his fellow humans as he uses Migi to fight the parasites attacking his species. Overall, this central question of humanity and the true morals of being human to get close to making a good point but fail to reach a revelation.

The Meaning of Parasyte – Does the Anime Succeed in Its Goal? 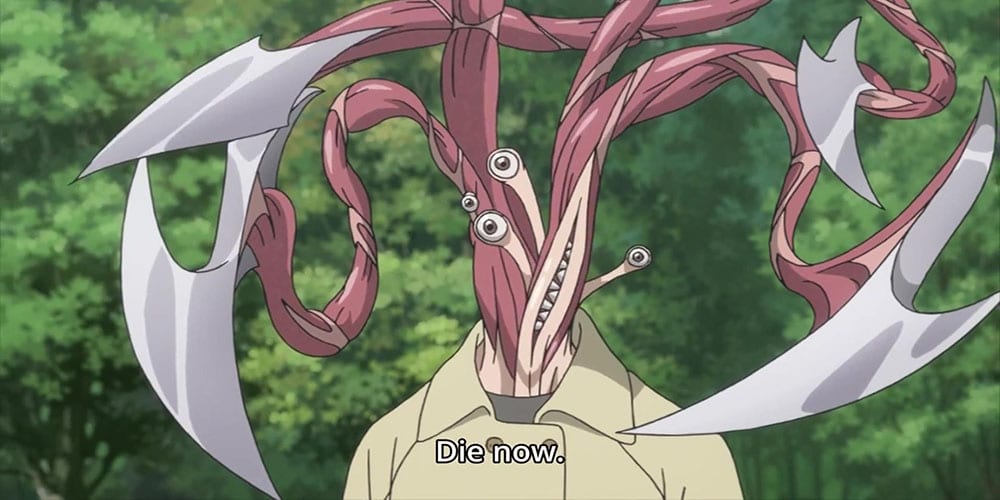 As we watch Shinichi lose a bit of his humanity, he becomes detached from people in his life and the living things around him. His quest to fight back against the parasites becomes less about saving humans and more about revenge for the loss of someone close to him. The brightest moments in the show’s internal debate on what makes a human are where the parasites teach us more than the humans. One parasite, in particular, ends up finding themselves changed by the relationships they make while in their host body. Seeing some of the parasites make more ethical decisions than the humans is very on-the-nose. It’s not original to argue humans are more ruthless than the creatures around them. Human consciousness as it pertains to metaphysical considerations of our surroundings always makes us capable of more evil. 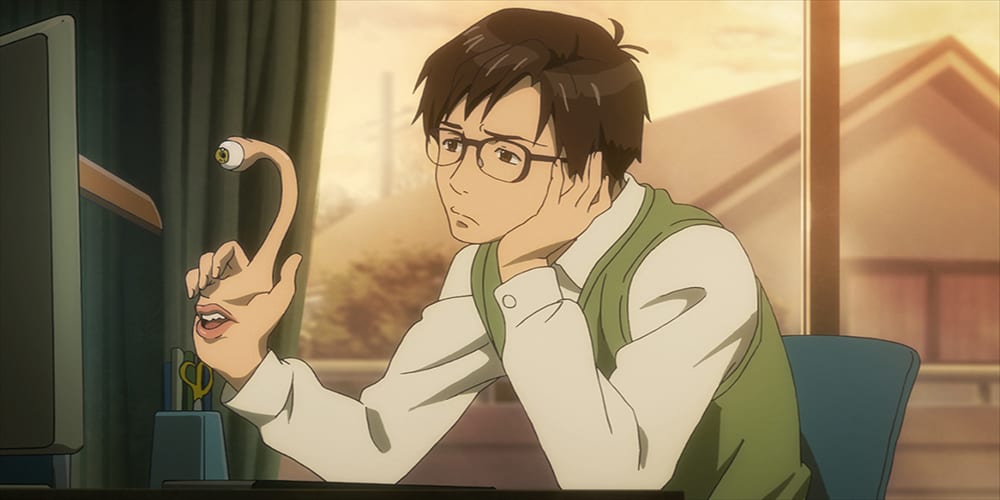 As Shinichi’s story finishes up in the 24th episode, there’s no perfect landing or final lesson to be learned. Instead, Shinichi’s world is changed yet familiar. As we watch things happening around the world right now, we wonder what life looks like post-Coronavirus quarantine. Many people who want to argue things will change permanently. That’s to be sure, but people underestimate how little humans change in the face of dire situations. The same issues and practices we believed would change forever after 9/11 still cause problems in the present. The recession in 2008 did not stop predatory practices in financial industries nor the exploitation of working-class people. These things don’t change because something goes terribly wrong. That’s why we need stories.

Despite the underlying themes of humanity’s reaction to chaos failing to reach some massive revelation, the show is a great watch. Migi and Shinichi’s relationship is more functional than that of Ryuk and Light in Death Note. The moments where this show hits its emotional marks are quite wonderful. Missteps in a larger narrative of the human condition don’t ruin the experience of watching this show. If you enjoy a bit of action and suspense, add this to your Netflix queue right away. In only 24 episodes, the series covers its main narrative and ends things well enough to fend off the need for an aimless second season.

If you like Parasyte or enjoyed the review, then let us know in the comments! Thanks for reading Comic Years!