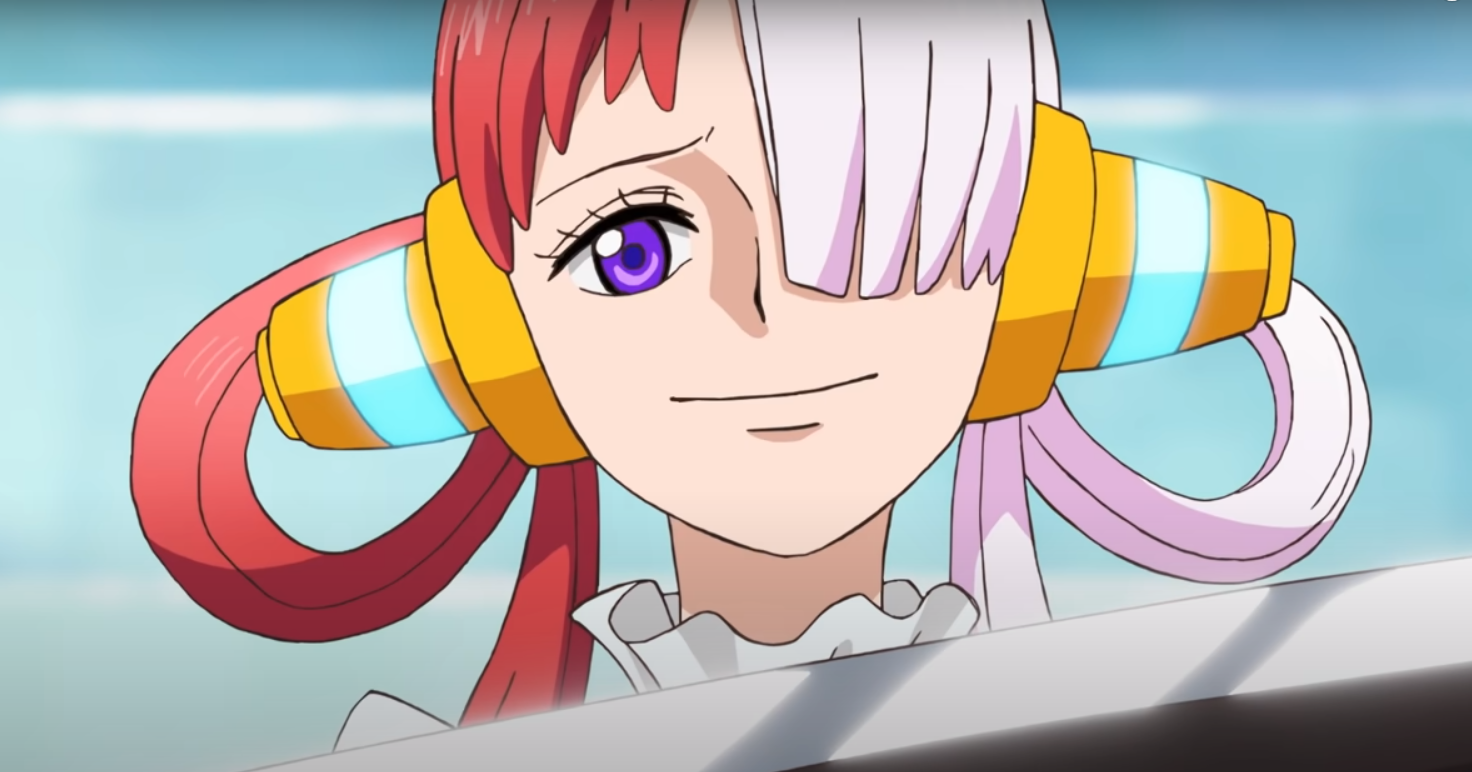 One Piece Film: Red, the latest movie based on the massively successful anime and manga, One Piece, released its second trailer. In this trailer, we see the focus be on a female character not introduced before in the show or other movies. Her name is Uta and she is a well-known singer in the One Piece world. The big part that got fans talking, however, was the reveal that Uta is Shanks’ daughter. Fans went wild online with this revelation as it wasn’t revealed that Shanks even had a daughter.

The synopsis of the eagerly anticipated trailer goes as follows:

“Uta — the most beloved singer in the world. Her voice, which she sings with while concealing her true identity, has been described as “otherworldly.” She will appear in public for the first time at a live concert. As the venue fills with all kinds of Uta fans — excited pirates, the Navy watching closely, and the Straw Hats led by Luffy who simply came to enjoy her sonorous performance — the voice that the whole world has been waiting for is about to resound. The story begins with the shocking fact that she is “Shanks’ daughter.”

Uta, Shanks, And Others Revealed in One Piece Film: Red

Beyond the trailer, there were also character designs released too, featuring Shanks, Uta, and Gordon. Gordon, in particular, stirred up a conversation in the fandom due to his mysterious nature. The designs came from the legendary Eiichiro Oda himself. Added to all these is Shanks’ character visual which fans definitely appreciated seeing. With so much mystery surrounding the character, Shanks, fans hope to get some more info on him in this movie.

One Piece Film: Red is a Japanese anime movie produced by Toei Animation and serves as the fifteenth film in One Piece. It’s from the manga created by Eiichiro Oda and had its first announcement on November 2021 after the broadcast of One Piece’s 1000th episode release celebration. The first trailer and poster came out on the same day and its release date is set for August 6, 2022.  It comes after One Piece stampede, the last One Piece anime movie.

More About One Piece Film: Red

The movie has Gorou Taniguchi (Code Geass: Lelouch of the Re;Surrection) as its director with a script from Tsutomu Kuroiwa (One Piece Film: Gold). Oda is the general producer and original story creator. These aren’t the only ones involved in the movie, though. Masayuki Satou (character designer and animation director for One Piece Film Strong World) works as character designer and chief animation director. Hiroshi Katou (Mars Red co-art director) is the art director. Sayoko Yokoyama (One Piece “WE ARE ONE” 100 volumes and 1000 episodes commemoration video) is the color designer. Also, Ema Tsunetaka who worked on the criminally underrated Megalo Box 2: Nomad is the photography director.

One Piece is widely recognized as one of the greatest mangas of all time. The anime has also gained widespread recognition and the manga sold up to 101 tankoubon volumes as of November 2021. It also sold almost 500 million copies of its manga in almost 60 nations of the world. It is not only easily the best-selling manga of all time, but the best-selling comic book printed in book volume ever made. The manga started in 1997 and usually comes out weekly on Weekly Shonen Jump under Jump Comics. The anime’s premiere anime adaptation came as One Piece: Taose! Kaizoku Gyanzakku OVA in 1999. That same year, the greenlighting of an anime series happened and it’s gone from strength to strength since then. A live-action Netflix series is currently in production too.

What do you think about the new One Piece Film: Red trailer? Are you stoked? Do you wish to know more about Uta and Shanks?

April 13th Marvel Comics – What If Miles Morales Were Wolverine, Eternals, And Laser Blasters!
RYOMA! THE PRINCE OF TENNIS